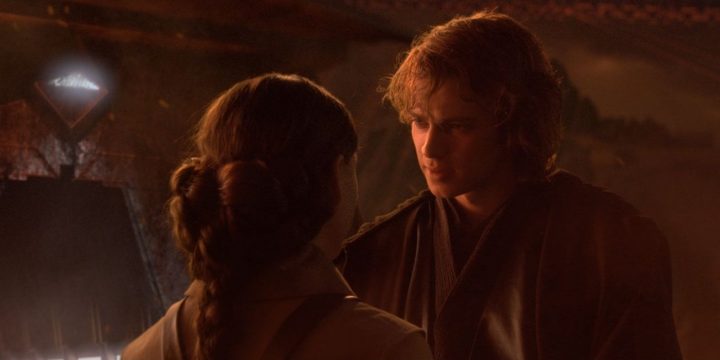 This is the sixth in a series of reviews I am writing for each of the live-action theatrical Star Wars films. I’ll be reviewing the films in release order in order to give the proper historical context for each film. I’ll also be grading and ranking each film as I go. This review will contain spoilers.

Although Attack of the Clones was received somewhat more favorably by critics than The Phantom Menace, it wasn’t the commercial smash or cultural phenomenon of its predecessor. Although the film made almost $650 million worldwide, it finished a distant fourth in the year’s overall box office, nearly $300 million behind The Lord of the Rings: The Two Towers. No other Star Wars film had been outgrossed in its year of release, so this was a surprise to say the least.

Despite this, production of Revenge of the Sith went much smoother than either of its predecessors – George Lucas had already begun working on it before Clones had even begun. In most respects, Revenge of the Sith is considered easily the best film in the prequel trilogy, and I can’t disagree. While this is a low bar for some, for me it means it’s generally on par with Return of the Jedi. It’s not a perfect film and it certainly has flaws, but on a pure entertainment value there’s a lot to like.

Visually speaking, Revenge of the Sith is not just the best-looking of the prequel films, it’s one of the best-looking Star Wars films period. The visual artists at ILM truly outdid themselves: the extensive CGI holds up incredibly well, with both the Blu-Ray release and the new Disney+ 4K transfer looking phenomenal. The variety of worlds visited and locations explored is also impressive, as is the score – it might be one of John Williams’s best scores ever. Everything about this score just works, with my favorite moment perhaps being the dramatic arrival of Grevious to Utapau.

The impressive visuals also translate to the direction, which is generally quite good. Compared to the stale direction of Attack of the Clones, Revenge of the Sith has some truly impressive directorial moments that impart both visual and symbolic meaning. While some of these are kind of obvious, like the Emperor literally dismantling the Senate to attack Yoda, there are also some truly impressive and even chilling moments, like when the camera pans to the feet of the clone troopers as they turn on Ki-Adi Mundi or the famous scene where Palpatine recounts the tragedy of Darth Plageuis.

The action is definitely the strong point of the film, and it’s probably the most action-packed in the series. Right off the bat the film begins with a truly impressive 25-minute action sequence that is almost a miniature film in and of itself. The opening sequence (framed as almost a single shot) of two ships traversing through an incredible battle above Coruscant is awe-inspiring and makes the scale of the Clone Wars immediately apparent. This sense of darkness and urgency lasts throughout the film and is translated very well to film.

The politics are also excellent here – the fall of the Republic feels real and organic and has parallels in historical and modern coups.

The acting is also generally improved from the previous films. With the exception of some stilted dialogue (a staple of any Lucas-directed Star Wars film), every actor is generally capable and competent. I actually really like Hayden Christensen here, especially at the opening of the film. I don’t know if it’s that he had better material or better direction, but his performance is generally quite good here. The highlight is, of course, Ian McDiarmid’s Palpatine, who just oozes evil.

There’s no doubt that Revenge of the Sith is an incredibly ambitious film, and this leads to its biggest weaknesses: aside from the typical dialogue issues, the film also shoots forward at points, meaning some character beats and plot moments don’t get as much time as they should. This is most obvious in Anakin’s final turn to the dark side, which while generally effective is still incredibly rapid. That’s not to say either are awful: the dialogue here, while sometimes verging into camp, is still probably the best in the prequel trilogy, and most of the plot beats do work. There are also some individual moments that can be nitpicked, like Darth Vader’s infamous “no” towards the end of the film – while these don’t really bother me, to many they come off as distracting to say the least.

Overall, I think Revenge of the Sith is a generally excellent film and certainly a worthy conclusion to the prequel trilogy. It’s not perfect by any means, but it’s a film I find myself re-watching often just for the spectacle – there’s really nothing quite like it in the rest of the saga in terms of that. If you can handle a bit of camp and a few strange lines of dialogue, you’ll probably have a blast.