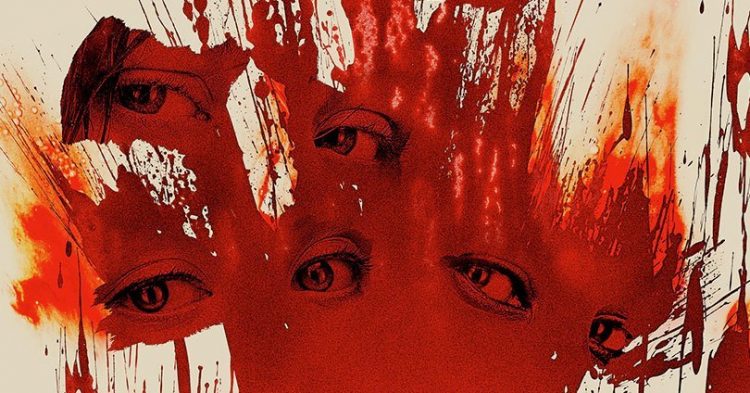 This week has been a bit hectic, but I did get time to read Ian McEwan’s novel Saturday and watch the remake of Suspiria by Luca Guadagnino. Like many of you, I assume, I’ve also been watching the recent episodes of Stranger Things with my girlfriend. Oh, and I also read the novel Eighty-Sixed by David Feinberg. So, maybe it’s been less hectic than I think…

At any rate, there were a few topics that came to mind, while consuming all of this fiction, and I’d like to sketch a few brief notes, particularly about story structure and the use of pastiche. These notes will be briefer than usual because I have no firm or developed thoughts on either topic; more like embryonic thoughtlets. I’ll also skip the novels for another time.

On pastiche: I think this is the right word for fiction like Stranger Things. The program is often said to deal out heavy servings of “nostalgia”, but I think it goes beyond that. There are visual and musical references from the 1980s laced throughout the episodes, which certainly evoke nostalgia. But the production design, score, scripting, and even the mise-en-scene and framing are all meant to call to mind films from the era. It is made to look as much like a 1980s horror/sci-fi film as possible with more updated special effects.

The remake of Suspiria (2018) similarly tries to evoke films of the 1970s with the crash zooms that Quentin Tarantino also likes to use and period appropriate clothing and set design. In both Stranger Things and Suspiria, the use of CG images spoils the illusion a bit; neither one could have really been made in the 70s or 80s. But there’s also an interesting sort of distancing that goes on when an artist uses pastiche. I think it’s because they’re drawing not from the real world of memory, but from the fictional world of past media. At its worst, this can feel like a mix tape of pieces of other movies that were likely less referential, if not more original. Stranger Things tries to avoid this problem by also drawing on genuine nostalgia for adolescence. Suspiria takes a more eclectic approach in drawing as much on the historical-political events of 1977, the year that the original film was released, as it does on the film itself- which the director apparently had not seen in years before shooting the remake.

At its best, pastiche can be playful and knowing. At its worst, a pastiche is like looking into the mind of an isolated child whose view of the world came entirely from movies and television. Even worse, pastiche can draw from so many sources, that its story becomes a mess. Which brings us to…

On Story Structure: I learned something fairly important on this topic by watching Suspiria. The original film was set in a dance school run by a coven of witches, ostensibly in Freiberg, Germany, but seemingly as isolated as a fairy tale castle. The remake places the school in divided Berlin, so that the Berlin Wall runs in front of the building. It takes place in an atmosphere of Baader-Meinhof political violence. There are also subplots about the Menonites and the Holocaust and German guilt. And a subplot about Jungian psychoanalysis. And a police investigation that goes nowhere. And Tilda Swinton playing three characters. And a twist ending.

Apparently, the story was structured as an “epic”, in which there is one central plotline and four or five subplots that all, in some way, echo the main plotline. So, imagine the trunk of a tree with shoots of ivy snaking around it. If the viewer were to miss how the subplots echo the main story, the dialogue pretty much spells it out, which seems bad writing. Also, it’s not clear whether or not these subplots add very much to the film, aside from panning out the running time. Whether or not viewers liked the film seems to boil down to how superfluous they found the historical/political elements that were added. Some felt the remake was a brilliant and impressionistic take on the late 70s era, while others felt it was unfocused and lost much in translation.

I had no problem with the individual elements but still found the film to be an utter trainwreck. But, I think I now have a rough rule-of-thumb for subplots: can you imagine the story being substantially different were they to be edited out? If the subplots were removed from Suspiria, I can’t see the story being any weaker or any stronger. For the most part, they’re just sort of there, hanging out. They don’t enhance the story, nor do they diminish it significantly. But, they’re not necessary either way.

So, what are YOU watching, reading, playing, pondering, or creating this weekend?