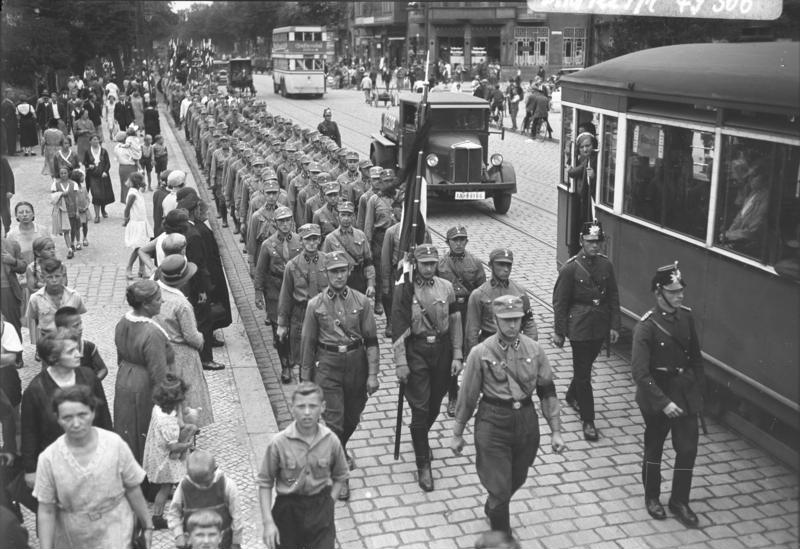 The commercials are reminiscent of the “I’m a PC/ I’m a Mac” ads of the mid-oughts. Two younger men are standing in a greyish background. Both wear gray suits. One wears a red tie with an elephant on his lapel and the other wears a blue tie with a donkey button on his lapel.

The two men are Republican Spencer Cox and Democrat Chris Peterson. Both are campaigning to be next governor of Utah. In the final month of the campaign, the two politicians took the time to make a series of commercials-together. The two decided to make a series of commercials to urge people to learn to live with each other in spite of our differences. Below is one supporting a peaceful transfer of power:

This one is about supporting the outcome of the election:

What you can see from these commercials is something that today seems odd: even though they come from different parties and probably have different ways of governing, they seem to trust each other.

One of the things that is needed for a healthy democracy has to be trust. For liberal democracy to thrive you have to believe that the other guy isn’t going to rip you off. These commercials are sweet and provide a sense of hope in a dark time. But while I feel good that these two candidates took the time to produce these commercials, I am left with this thought: these commercials shouldn’t have been made. Not because they have a bad message, but because Americans (including the man in the White House) should know better.

We live in an age where civility and respect are for losers. Offering forgiveness is a sign of weakness. The other political party is just waiting to make us the new Soviet Union or a real live Gilead. Every election, every vote is Flight 93 where losing an election is about losing everything. Winners think they will win everything, leaving the losers with nothing. I’m writing this after the Senate confirmed Judge Amy Coney Barrett to the Supreme Court. Looking at my Twitter feed, I see a number of people acting as if this is the end of the world. Barrett’s ascension means conservatives supposedly have a majority on the court. That scares liberals who think issues like abortion rights, gay marriage and other issues will be overturned tomorrow. So, of course, Barrett was viewed as an outright threat by the left. There was no sense of trust that she will seek to uphold the law. She wasn’t their candidate so she is the devil.

The right is not any better here. On two occasions, the Republican majority in the Senate played fast and loose blocking President Obama from appointing a judge to the Supreme Court after the death of Antonin Scalia using the flimsy excuse that you couldn’t do this in an election year and then turning around and jamming this nomination during an election year. The desire was to make sure the conservatives had a majority, hypocrisy be damned. Republicans didn’t trust that President Obama’s nominee, Merritt Garland would judge fairly so he was denied a fair hearing. Conservatives don’t really have a leg to stand on when Democrats start talking about packing the court. What goes around comes around. They didn’t trust the Democrats in picking a justice, so don’t expect the progressives to trust conservatives at all.

I haven’t even spoken about one of the biggest perpetrators of breaking trust and that is the President himself. We are learning that a lot of the federal government is held together not just by law, but by customs and practices. The belief was that anyone that became President would be an honorable person. People trusted that the person that became our nation’s leader would be someone that trusted the traditions of government and that even if they might be bad leaders, they would hold fast to the past customs of the office, which is what generally has happened with the first 44 presidents. Donald Trump is not an honorable person, but he is an observer of the weak spots of a person or a system. He saw that there were parts of the presidency where morality was in a gray zone and he sought to exploit those weaknesses.

But even as much as the President has bent norms and weakened trust in other people and institutions even further, he is but a symptom of a larger problem that might get a whole lot worse in the years to come.

Writing in American Purpose, Aaron Sibarium believes there are worrying parallels between modern America and Weimar Germany. Sibarium is not saying America is Weimar Germany, but he does see a number of worrying trends that echo how Weimar became Nazi Germany. The Weimar Republic had two foundings which made it hard for German society to rally around a common heritage. This was a sign of the lack of things held in common that fueled polarization and also set up the road for successor ideologies, like the Nazis. Leftist intelligentsia hated everything about the nation, while the conservative intelligentsia hated liberal democracy for being insufficiently German, which meant it wasn’t authoritarian enough. There was no trust in the institutions and there was no trust in each other. Reading these two paragraphs you can see the similarities:

Beyond their shared anti-Republicanism, all that the two sides had in common was their contempt for one another. The left derided the right as backwards-looking and chauvinistic, while the right derided the left as self-hating and unpatriotic — all of which, it must be said, was true. Kurt Tucholsky, Weimar’s leading leftwing satirist, complained that “the German spirit was poisoned almost beyond recovery,” and that “German democracy [was] a facade and a lie.” “There is no secret of the Germany army I would not hand over readily to a foreign power,” he bragged in 1931, a boast that did not exactly endear him to the people who took power in ’33. Those people, of course, were just as Tucholsky described them: irredeemable, backwards bigots whose deaths could not come soon enough.

But the Nazis never won more than a plurality of the vote — and most conservative elites were not Nazis. (Indeed, several became their victims.) What united the right was not a particular political program, but a general sense of grievance against the far left and republican center, distinct groups it would often synonymize. Marxism, modernism, liberalism — these were all shades of the same thing, corruptions of the old order. An equal but opposite elision occured on the left, with the communists calling everyone to their right — including the Social Democrats — fascists, an unfair charge that many leftwing intellectuals nonetheless echoed. The result of these stereo-stereotypes was threefold.

Does this mean we are headed towards a collapse of the American Republic? I’d like to say no, but I’m not really sure. A few years ago, I would have said this was just crazy talk, but the increasing polarization and outright distrust that is so prevalent in our society have made me think otherwise.

That has me thinking about the commercials by the two Utah pols. They offer another path, a society where we have common ideals and respect for one another. It feels corny and in our cynical culture, it might generate more eye-rolls than smiles. But it is the promise of what America was and still can be.

America seems to be heading down the road towards Weimar. Will we turn around and head back to Utah? I don’t know. It doesn’t look promising.