The Value of Playing with Commercially Produced Toys

This might be difficult for any of us to grasp, but think of the current technologies that didn’t exist fifteen years ago: iPods, smartphones, tablet computers, MP3s, nanotechnology. To meet the challenges and opportunities of the future, today’s children must become critical and creative thinkers, intelligent problem solvers, and good communicators. These skills develop when they tinker with loose parts. Consider children’s play as they engage with commercially made materials found in a child development center such as a vehicle in a block area or plastic food in a dramatic play area. An ambulance or plastic peas remain the same items as intended by the toy manufacturer; no imagination is required. If, however, a child is given driftwood, he can transform the wood into any vehicle or food he desires: a race car or an airplane, a fire or garbage truck, sushi or spaghetti. In fact, he can use imagination and critical thinking to have the wood represent anything he wishes.

That’s from the book Loose Parts: Inspiring Play in Young Children by Lisa Daly and Miriam Beloglovsky. It’s one of several books that makes this point about commercially available and “found” toys. There are at least dozens of books that generally endorse this idea, and based on my online research, it has a strong following among parents too.

Is it actually true though? I think playing with driftwood is strictly superior to playing with an ambulance and green peas as if they could only be an ambulance and green peas, but those aren’t the only available options. Kids are capable of pretending their ambulances are dolls or airplanes. Green peas might be a bit more difficult, but they could perhaps be marbles or a biohazard. My kid actually has played with a model ambulance, and I’m pretty sure she did so without much conception of what an ambulance is. When she opened its rear doors, she stuffed two smaller cars in there. Perhaps she thinks it’s a transport truck. 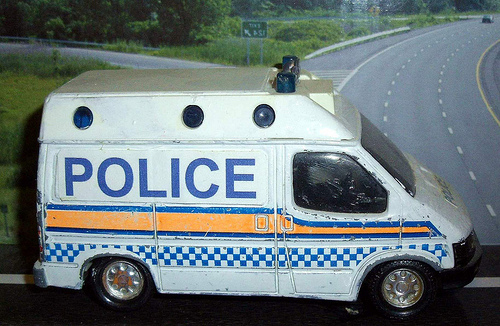 But even if she does know it’s an ambulance, isn’t it a skill and perhaps an important skill to learn to use things in ways they weren’t originally intended? iPods weren’t, in fact, made of driftwood. They were made out of designed parts labeled for use in things other than iPods. Someone had to see past those labels. And if seeing past labels is a skill children can learn, then that requires children to play with labeled parts rather than wholly generic ones.