There Will Be No Single Payer 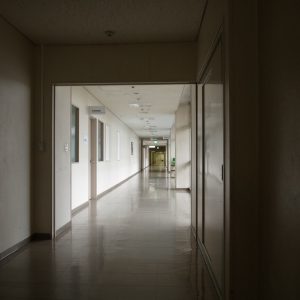 Danielle Ofri wonders when Americans will come to realize that the only way we can assure that everybody gets health care is single payer. Ofri’s argument is not unusual. In fact, we hear it from many sides with many different implications. Some leftwards often say it with an “the arc of justice is long” intonation, for example. Some rightwards say it with lament, either due to the “arc of justice” bending the wrong way in their view or frustration that this is only inevitable because Republicans are refusing to tackle the issue, which we hear from the broader left as well. Others suggest that it will happen because hospitals and doctors are forcing a break because they will not bend.

Here is what is missing from Ofri’s piece and related assumptions: Why single-payer is the only available system. Ofri talks about what every other country does, but every other country doesn’t have single payer as we generally understand the term. There are, in fact, multiple ways to deliver health care to the masses. Even if we were to all agree that single payer is the best way, it is empirically not the only way. Which is why I am almost certain we are going to end up with something else.

Now, one source of confusion may simply be a matter of terminology. Ofri (or the headline writer) may simply be using “single-payer” in place for “Government-guaranteed universal coverage.” Which means that the Bismarck model, or Singaporean model, might also qualify. If we’re serious about universal coverage, though, we need to be more specific than that. For this piece, I regard “single-payer” as a system of health care delivery analogous to that of Canada or Medicare/Medicaid for all, where a predominately government-run system pays private providers with the goal that the level of care is not determined by the ability to pay. So Bismarck doesn’t count. The UK’s National Health Service also doesn’t meet that criteria, but I’m not going to really litigate that because a lot of single-payer proponents would love a no-cost system where everybody is employed by the government even more than a Canadian-style system.

A lot of the fixation with single-payer is simply familiarity. Canadians have it and love it, and many Americans have it and many of those who have it love it. While the VA tends to be an argument used against an NHS-style system, Medicare is one used in favor of single-payer. Polling tends to vary, but when phrased the right way you can actually gin up quite a bit of support for single-payer. So it makes sense for the left to view it as a goal, even if it is actually something of a political mirage.

It’s difficult to determine exactly what kind of plan we will end up with. There are a number of possibilities. Ultimately, though, the system we end up with will be almost entirely reactive and almost certainly not revolutionary. Our system has too many veto points and too much in the way of vested interests to abandon it to the degree that a single-payer system would require. Insurance companies will be fighting for their lives. Providers will be fighting for their livelihoods. People with insurance will be fighting to hold on to it. The polling on Medicare-For-All may be good, but it is less deep than the sentiment that required President Obama to disingenuously claim over and over again that if you like your plan you can keep your plan.

The result will almost certainly be a compromise with current stake-holders. It is, unfortunately for reformers, very difficult to please all of them and address the problems and clear a system with an unusually high number of veto points. So going forward, what we’re most likely to see is going to be one reaction after another after another, as we try to plug the holes created before PPACA, by PPACA and possibly the AHCA if it passes. It’s not unreasonable to believe that, as fewer people can afford health insurance, people with pitchforks will make the system adjust, but it will most likely adjust in smaller ways, crisis by crisis. Pro-active solutions like single-payer, Wyden-Bennett, or a conservative market-friendly program are vanishingly unlikely.

In fact, you could probably have no better a metric for the type of system we end up with than to ask yourself what kind of system we get if we change nothing before we completely have to and change things no more than the immediate crisis demands. So what might the future look like? My guess is that PPACA does provide a blueprint. We have, as Ofri says, accepted the fact that the government is going to be in the business of assuring coverage going forward. That’s something that conservatives are going to have to come to terms with. Liberals, on the other hand, are going to have to come to terms with a system that is decidedly inegalitarian, with two or more tiers.

There is almost certainly no future in American healthcare where the wealthy and poor will be waiting in the same lines. The evolution will be devoted mostly to scooping up the poor and giving them something somewhere without ruining their finances. Non-poor individuals with pre-existing conditions may also end up in that line, as might self-employed people, freelancers, Uber drivers, and so on. It probably won’t be great, it probably won’t be fast, and higher-end employers will probably advertise that a job with them means you don’t have to deal with any of that. But it will be something available.

I have little idea what it will look like specifically, and it may look like 51 different things depending on where you live. Some liberal states may come down on Catholic hospitals with both feet, take over the ones the church abandons, and run their own VA for those without private insurance. Others might try an idea Montana floated for setting up government-run clinics. Democrats might be wise to focus on Medicaid buy-in, throwing in subsidy schedules. Insurance may end up being built on top of a more aggressive Medicaid and Medicare program.

There is a lot for liberals to like in comparison to the current system, even if it doesn’t match the dream of a grand single-payer system. We probably won’t see the sorts of savings that single-payer advocates tout, and it probably won’t be as egalitarian as they might prefer. But I do believe they will solve the most pressing issue of a lack of coverage or a fear of lack of coverage.

Glass half-full or glass half-empty, but there’s your glass.