The Equality Act: Read It For Yourself 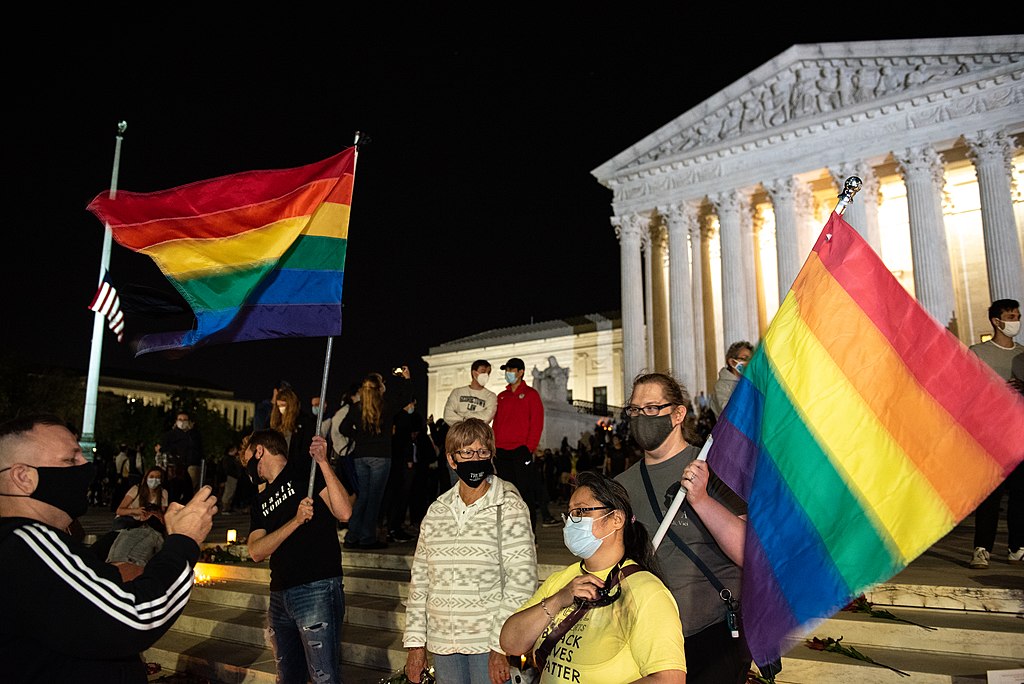 Pride flags outside the Supreme Court after the death of RBG. Photo by Rosa Pineda, CC BY-SA 4.0

The Equality Act is being reintroduced in the House of Representatives, amending civil rights law in workforce, housing, education, credit, jury service and other areas of American life:

Democratic U.S. lawmakers on Thursday introduced sweeping legislation to prohibit discrimination based on sexual orientation or gender identity, marking the first step in advancing a set of historic measures that President Biden has pledged to sign.

The Equality Act would amend existing civil rights laws, such as the Civil Rights Act of 1964 and the Fair Housing Act, to explicitly ban LGBTQ discrimination in the workforce, housing, education, credit, jury service and other areas of American life.

If passed, the legislation would provide the most comprehensive LGBTQ civil rights protections in U.S. history, advocates say, significantly altering the legal landscape in a country where more than half of states lack explicit legal protections on the basis of sexuality or gender identity.

“Our nation was founded on the promise that all are created equal and are worthy of dignity and respect, regardless of who they are or whom they love,” House Speaker Nancy Pelosi (D-Calif.) said in a statement. “With the reintroduction of the Equality Act, Congressional Democrats are making a resounding commitment to this truth: that all Americans must be treated equally under the law, not just in the workplace, but in every place.”

Decades in the making, the Equality Act passed in the House in May 2019 but was blocked in the Republican-led Senate. Now, with Democratic control of the House, Senate and White House, the reintroduction of the bill represents the “best opportunity we have ever had to have comprehensive legal protections for LGBTQ people,” said Alphonso David, president of the Human Rights Campaign.

Introduced by U.S. Rep. David N. Cicilline (D-R.I.) and U.S. Sen. Jeff Merkley (D-Ore.), the Equality Act has broad support in the House, which will vote on the measure next week. But it will likely face opposition in the Senate, where it will need at least 10 Republicans to vote in favor of the bill.