The Justice Department and the Very Delicate Feelings of Devin Nunes 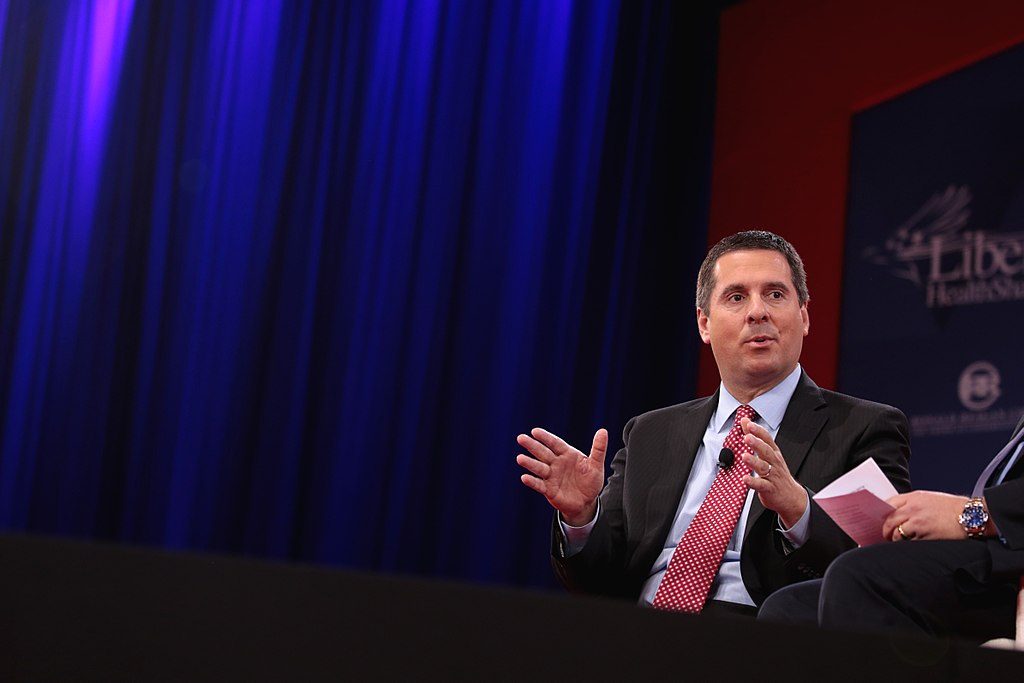 About a year and a half ago I wrote about the inability of Congressman Devin Nunes to deal with parody and his abuse of the legal system to try to silence his critics. Nunes had filed a series of massive lawsuits against press members, a few farmers and a fictional cow, alleging that they had caused over a billion dollars in damage to his reputation and feelings.

Since then, Devin Nunes has seen lawsuit after lawsuit crash and burn. It turns out that, no, you can’t sue people for hundreds of millions of dollars just because you don’t like what they said about you. And you can’t force a social network to unmask anonymous accounts because they hurt your feelings.

Well, this week, the case took a new twist:

Twitter sought to quash that subpoena against the account @NunesAlt, which had been sealed since Nov. 24, 2020 and hushed up by a gag order, in a motion dated May 10.

“Under the First Amendment, the government cannot compel Twitter to produce information related to the account unless it ‘can show a compelling interest in the sought-after material and a sufficient nexus between the subject matter of the investigation and the information it seek[s],’” Twitter’s lawyers wrote in the 16-page motion.

“While Twitter does not have visibility into the purpose of the subpoena, Twitter has serious concerns whether the government can meet this standard given the context in which it has received the subpoena,” the motion continues.

As noted, Twitter — to their credit — told the Justice Department to jump in a lake. You can find the motion to quash here. It is worth a read. Among other things, they note that Nunes’ attorneys had a tendency to slip such unmasking requests into unrelated lawsuits.

One of the things Devin Nunes was trying to do in his lawsuits against the various parody accounts was to find out who was behind them. He wanted names, addresses, IP logs, phone numbers, etc. This is precisely the kind of information — almost to the letter — that the DOJ wanted to get on his behalf. It is notable — and Twitter’s lawyers do note it — that the effort to compel the release of that information under the threat of criminal law came only after Devin Nunes failed to get it under the threat of civil lawsuit.

I’m reminded somewhat of a similar incident five years ago in which the DOJ claimed that trolls on the Reason message board were making credible threats against a federal judge. But at least, in that incident, you could squint and see actual threats; one of the trolls suggested the judge be fed into a woodchipper. There is no evidence here that threats of any kind were made, as Twitter noted in their motion. They apparently asked the DOJ to identify specific credible threats and the only response we know of is that the DOJ would get back to them on it.1

No, this was not about a threat to Devin Nunes. And it certainly wasn’t about any of the other known and narrow exemptions to First Amendment protections. This was about a friend of the President’s hurt feelings. That was it.

I’ll be blunt. This is a flagrant and appalling abuse of power. It was a rank effort to bring the full power of the United States Department of Justice on someone whose sole crime was mocking a public official. Its purpose was to intimidate and frighten would-be satirists and/or to intimidate and frighten social media into not allowing parody and mockery. It was undertaken because the courts had repeatedly denied said public official the power to do that for himself. This was an effort to chill constitutionally-protected speech and anonymity because of the delicate crystalline feelings of one of Donald Trump’s most ardent boot-lickers on Capitol Hill.

If this incident is not responded to in a vigorous manner, it will only encourage more such behavior. We already have members of Congress who openly want to exercise government control of social media. They hide it under lofty phrases like “stopping fake news” or “ending censorship”. But they all end up in the same place: a government that either forbids or compels speech. The last thing we need in this environment is a DOJ that sees themselves as having a role in this. We do not need a DOJ that thinks they can threaten social media companies into silencing speech a two-bit California weasel such as Devin Nunes doesn’t like.

Investigate, punish and fire. To do anything less will only make the next incident worse.