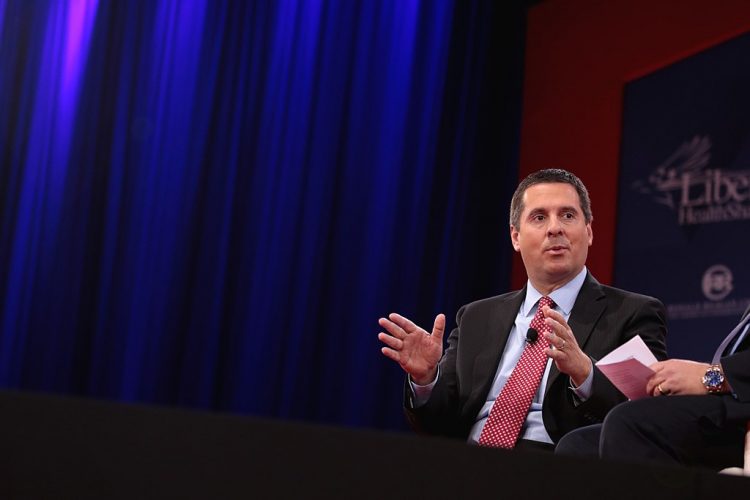 Rep. Devin Nunes (R-Calif.) filed a lawsuit against CNN on Tuesday, seeking $435,350,000 in damages and claiming that the outlet defamed him last month when it published a “demonstrably false hit piece.”

The Nov. 22 story reported that in December 2018, while serving as chairman of the House Intelligence Committee, Nunes traveled to Vienna and met with Ukrainian former prosecutor general Victor Shokin to discuss digging up dirt on Joe Biden — which Nunes’s complaint says is untrue.

The lawsuit, filed in federal court, alleged violations of Virginia’s law against insults and said CNN reporter Vicky Ward, who wrote the article, and anchor Chris Cuomo, who discussed its details on air, conspired with the network “to boost CNN’s ratings and further the House Democrats’ impeachment ‘inquiry.’”

Nunes’ beef is that he can prove that the CNN story was inaccurate based on his travel records. That may be. But Nunes is a public figure, as you may have herd. So if he wants to milk this situation for a big judgement, he will have to prove actual malice in CNN’s story: that the story was published “with knowledge that it was false or with reckless disregard of whether it was false or not.” Given that CNN asked Nunes for comment and he refused and given that they are simply repeating claims made by Lev Parnas, this may be difficult for him to prove.

It’s been a big legal year for Republican U.S. Rep. Devin Nunes of Tulare, who once co-sponsored the “Discouraging Frivolous Lawsuits Act.”

¤ A stone fruit farmer in Dinuba, and two other people, for conspiring to damage his 2018 reelection by asking that Nunes not be allowed to call himself a “farmer” on the ballot.

¤ The research firm Fusion GPS and a Democratic group called Campaign for Accountability for attempting to interfere with his “investigation” (quote marks are mine) into ties between President Trump and Russia when he was chairman of the House Intelligence Committee.

¤ Twitter and a couple of parody accounts, including @DevinCow, who has called Nunes “a treasonous cowpoke.” He is asking for $250 million to assuage his hurt feelings.

¤ McClatchy, parent company of Nunes’ hometown paper, the Fresno Bee, for writing that he had a financial interest in a winery sued by an employee who was asked to work on a charity cruise where men behaved very, very badly.

¤ And, most recently, Esquire magazine and the journalist Ryan Lizza, who Nunes claims have defamed him to the tune of $75 million in writing about the Nunes family dairy farm, which is not in California, but in Iowa, a fact Lizza alleged Nunes has sought to downplay. Lizza also wrote about how undocumented workers form the backbone of the Iowa dairy farm industry, and how the industry would collapse without them. 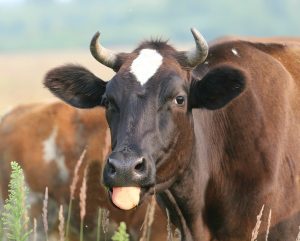 So to take stock: Nunes has claimed a news network, a few farmers, a research firm, a social network, a fictional cow, a newspaper and a few journalists have done almost a billion dollars in damage to his feelings and his reputation.

It’s still early so he will have to see how these lawsuits steer their way through the legal system. But a lot of analysts who are smarter than I am are dubious. Erik Wemple places this is the context of growing attacks on the New York Times v. Sullivan standard that requires actual malice for defamation claims by public figures. Such a reversal, while unlikely, would produce udder chaos in the legal system and result in a media marching in bovine obedience to the whims of politicians. So the steaks are pretty high as this ongoing legal warfare moos it way through the court system. Elizabeth Nolan Brown argues that the lawsuit is long on bombast and bull and short on actual claims of malice.

Without commenting on these specific cases, I will say that I dislike the practice of using defamation lawsuits to assuage hurt feelings and silence critics. I support the Times standard when it comes to public figures and strongly support anti-SLAPP laws which make it difficult for people to file frivolous lawsuits in an effort to terrify their detractors into silence. A nation that allows the wealthy and powerful to silence those who have not knowingly published false information is a nation that does not have free expression. This practice should be disparaged at every opportunity and the Streisand Effect — the tendency of lawsuits to draw a blaze of attention to the very thing they are trying to keep quiet — is a wonderful thing.

That said, I will avoid making any comments specific to Nunes’ numerous lawsuits, lest Ordinary Times find itself in his increasingly wide legal crosshairs. But I will note that his lawsuits have had at least one measurable effect.

Devin Nunes Cow now has almost as many followers as Nunes himself has. I’ll leave it to you to decide which is the better source of comedy.