The Tail, It Goeth Between the Legs: Newsmax Settles, Apologizes to Dominion Employee 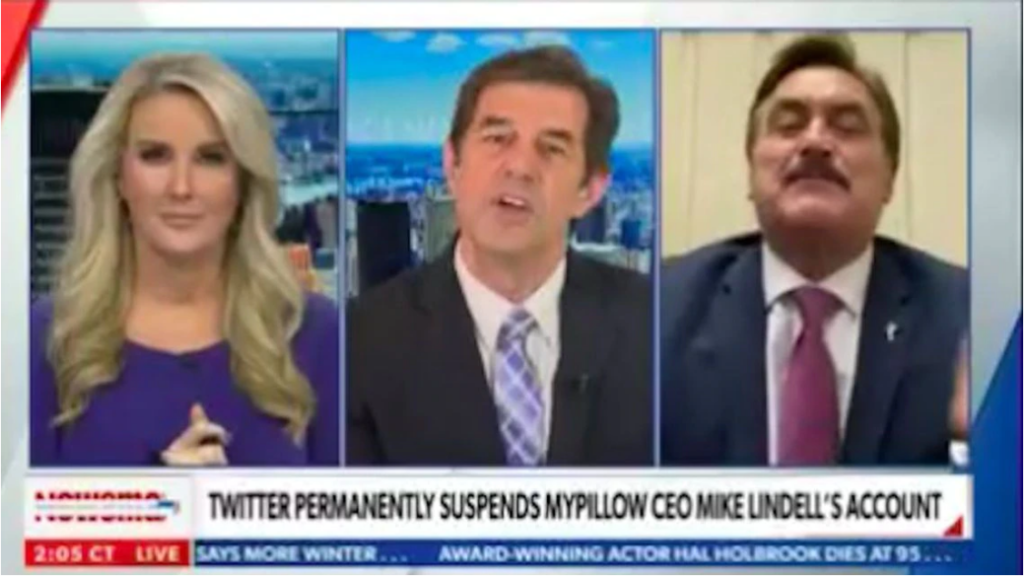 The list of folks trying to get out of legal trouble for their accusations over the 2020 presidential elections is getting longer with Newsmax settling and apologizing for accusations made on-air.

Newsmax also noted that “many of the states whose results were contested by the Trump campaign after the November 2020 election have conducted extensive recounts and audits, and each of these states certified the results as legal and final.” The statement ended with an apology for any harm caused to Coomer and his family.

In exchange, Coomer has dropped Newsmax from his defamation lawsuit, the Associated Press reported. Representatives for Coomer did not respond immediately Saturday to requests for comment. NPR and Forbes reported that Coomer had reached a settlement with Newsmax, but his attorneys did not disclose the details.

“Newsmax doesn’t comment on litigation matters. Our statement on the website is consistent with our previous statements that we have not seen any evidence of software manipulation in the 2020 election,” Newsmax spokesman Brian Peterson said when asked for details of a settlement.

In his lawsuit, Coomer alleged that Newsmax, along with other right-wing news outlets and public figures, had “elevated Dr. Coomer into the national spotlight, invaded his privacy, threatened his security, and fundamentally defamed his reputation across this country.” Other defendants include the Trump campaign, former Trump attorneys Sidney Powell and Rudolph W. Giuliani, conservative podcast host Joseph Oltmann, conservative political commentator Michelle Malkin and the right-wing One America News.

The suit argued that the defendants in the case had been “integral” to spreading false claims about Coomer, which quickly put his and his family’s safety in jeopardy.

“As intended, Defendants’ fabrication quickly spread throughout various media sources. Within days, the hashtags #EricCoomer, #ExposeEricCoomer, and #ArrestEricCoomer were trending on social media,” the complaint stated. “The President began publishing numerous false statements to his millions of followers alleging Dominion interfered with the election; the President’s son and campaign surrogate, Eric Trump, tweeted a photo of Dr. Coomer alongside this false claim; and the President’s Campaign lawyers identified Dr. Coomer in a nationally televised press conference where they described him as a ‘vicious, vicious man’ who ‘is close to Antifa.’ ”

Dominion, whose voting machines have been at the center of some of the wildest election-related conspiracy theories, has filed several lawsuits against Trump’s lawyers and right-wing media outlets, as well as such other allies as MyPillow CEO Mike Lindell. In late March, Dominion sued Fox News $1.6 billion over the network’s hosts and guests repeatedly making false claims about fraud in the 2020 election.

When threatened with legal action, a number of Trump’s media allies have apologized for perpetuating the former president’s false claims of voter fraud. The conservative magazine American Thinker retracted several pieces in January that had falsely accused the company of conspiring to steal the election from Trump. Thomas Lifson, the magazine’s editor and publisher, acknowledged those pieces had relied on “discredited sources who have peddled debunked theories” that had “no basis in fact.”

Here is Newsmax’s statement in full:

Since Election Day, various guests, attorneys, and hosts on Newsmax have offered opinions and claims about Dr. Eric Coomer, the Director of Product Strategy and Security at Dominion Voting Systems.

Newsmax would like to clarify its coverage of Dr. Coomer and note that while Newsmax initially covered claims by President Trump’s lawyers, supporters and others that Dr. Coomer played a role in manipulating Dominion voting machines, Dominion voting software, and the final vote counts in the 2020 presidential election, Newsmax subsequently found no evidence that such allegations were true. Many of the states whose results were contested by the Trump campaign after the November 2020 election have conducted extensive recounts and audits, and each of these states certified the results as legal and final.

On behalf of Newsmax, we would like to apologize for any harm that our reporting of the allegations against Dr. Coomer may have caused to Dr. Coomer and his family. For more on this, please go to our website at Newsmax.com, and read “Facts About Dominion, Smartmatic You Should Know.”