Dauntless friend of the blog Pillsy had a lovely little thread on the twitters (warning: Alcohol Use, Language):

I'm kinda drunk and kinda bored so let's do this shit again. pic.twitter.com/MSZU8bVaVo

In this banger of a thread, he had this one that got me thinking:

Horror video games are routinely scarier than even the best horror in other genres. They get so much mileage out of their ability to immerse you and make you identify with the protagonist.

I thought about some of the best horror games I’ve played. Games like Resident Evil or Dead Space do a kinda good job with horror, I guess. They rely more on the gross-out than on truly making you unsettled, though. Plus there’s nothing like a shotgun when it comes to feeling like “hey, I can resolve this particular zombie problem”.

So the really good horror games don’t do the weapon thing. Five Nights at Freddy’s has some of the worst gameplay I’ve ever endured mixed with some of the most bowel-loosening jump scares I’ve ever seen in a game. Seriously, I thought it would be Humor/Horror (and those two mix surprisingly well). While it did have some pretty good humor, I got to the first *REAL* jump scare and… yeah. I’m too old for this crap.

Fatal Frame has you go up against supernatural horrors armed with only a camera. I remembered thinking how unfair this was. The demons had all of the demonic power at their disposal. I just had a dumb camera. Amnesia? The first quarter of the game involves making you feel like you are five seconds away from being eaten by a monster that is sneaking up behind you. The rest of the game involves the monsters showing up. AND YOU’RE JUST THIS GUY.

Well, Little Nightmares is a game that I picked up during the Summer Sale and it captures the whole “childhood nightmare” thing really, really well.

Like, seriously, this game should have a Content Warning: Children In Peril mixed with Disturbing Imagery. Heck, let’s say that right now. If you don’t want to see disturbing imagery from a horror game, just hit back right now. Some of this stuff is disturbing. Like: Children in Peril. Monsters. Suicide imagery. Seriously.

You start the game as… I don’t know that they have a name. My nickname for them is “Yellow”. (Research tells me the character’s name is “Six”.) You start out waking with a start. And then… well, you’re in peril. 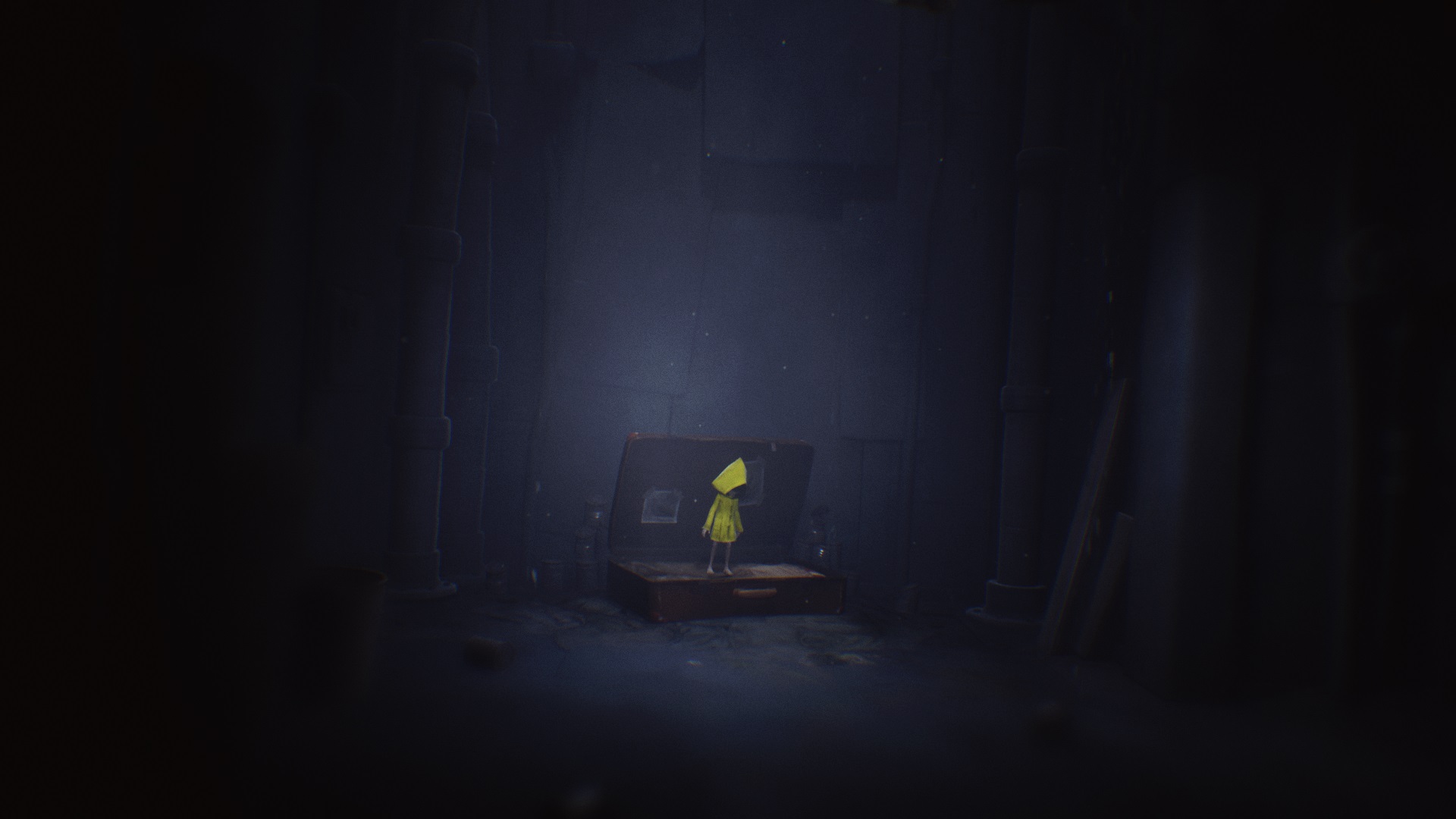 The only thing you seem to know is that you must progress and that involves moving along to the right. 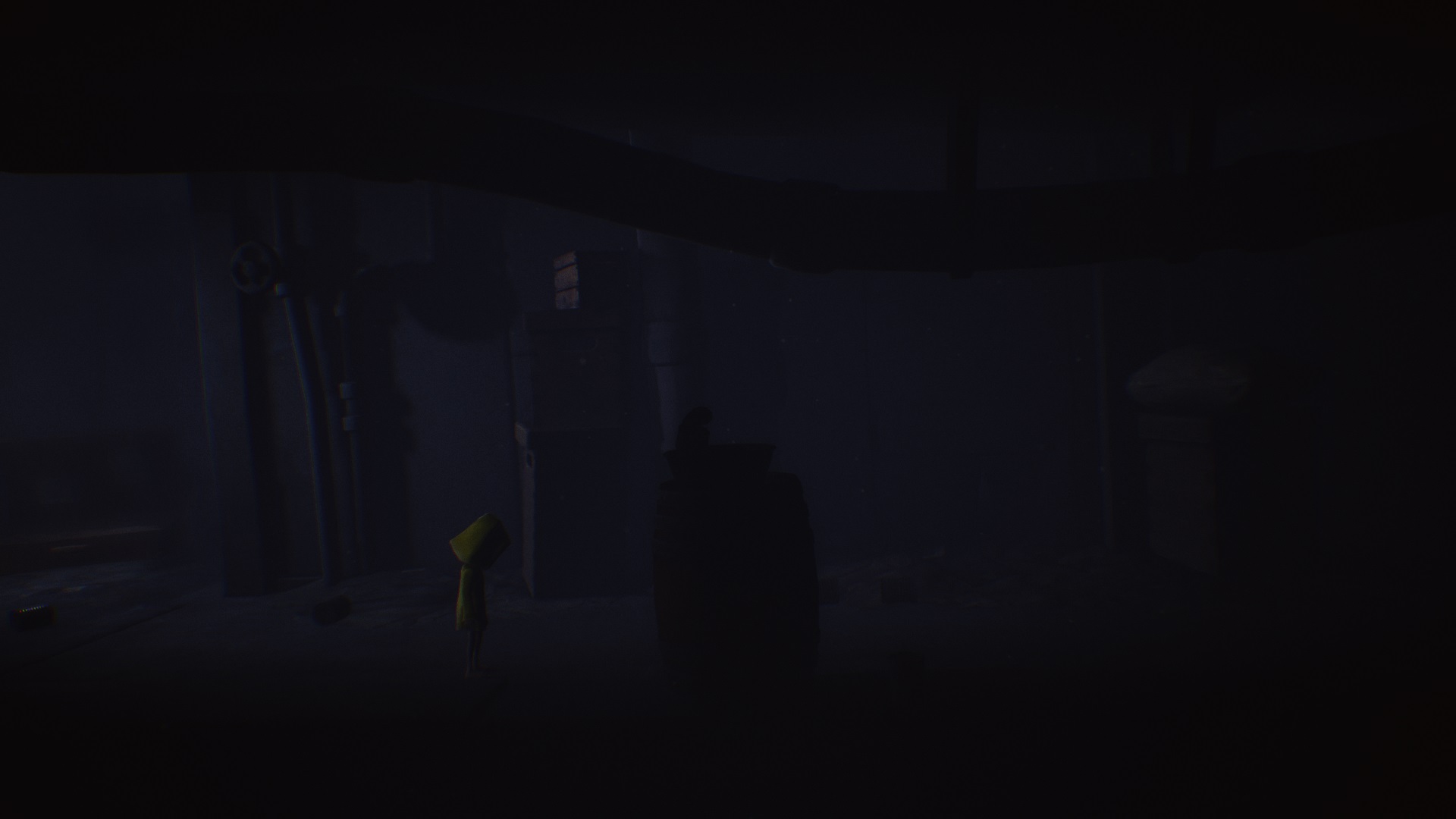 And it is dark. Luckily, you have a zippo. 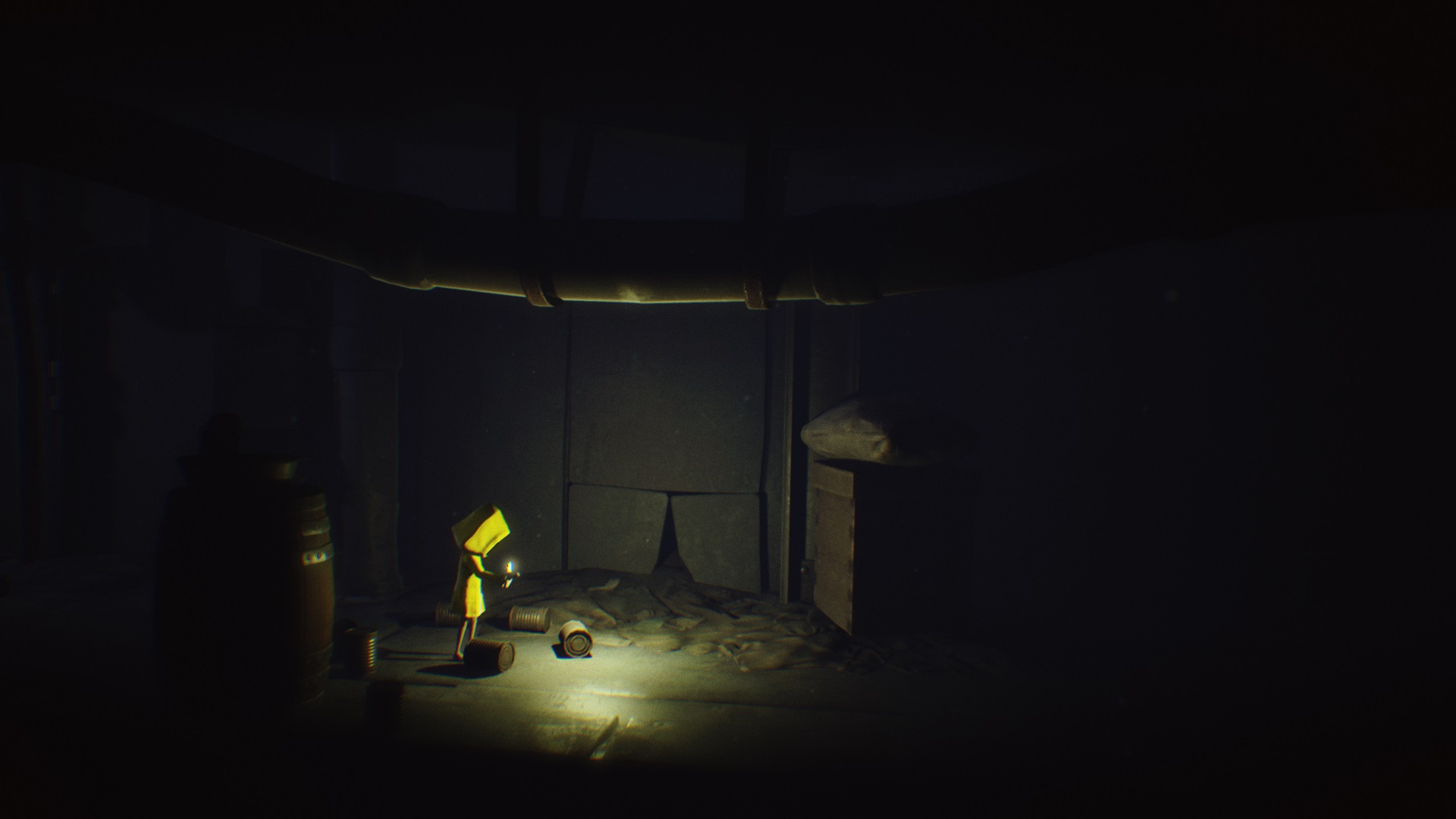 And there it is. You are very small. You don’t know how to fight. You only know how to hide. And your only real help is a lighter.

It goes through all of the tropes. Small, enclosed spaces: 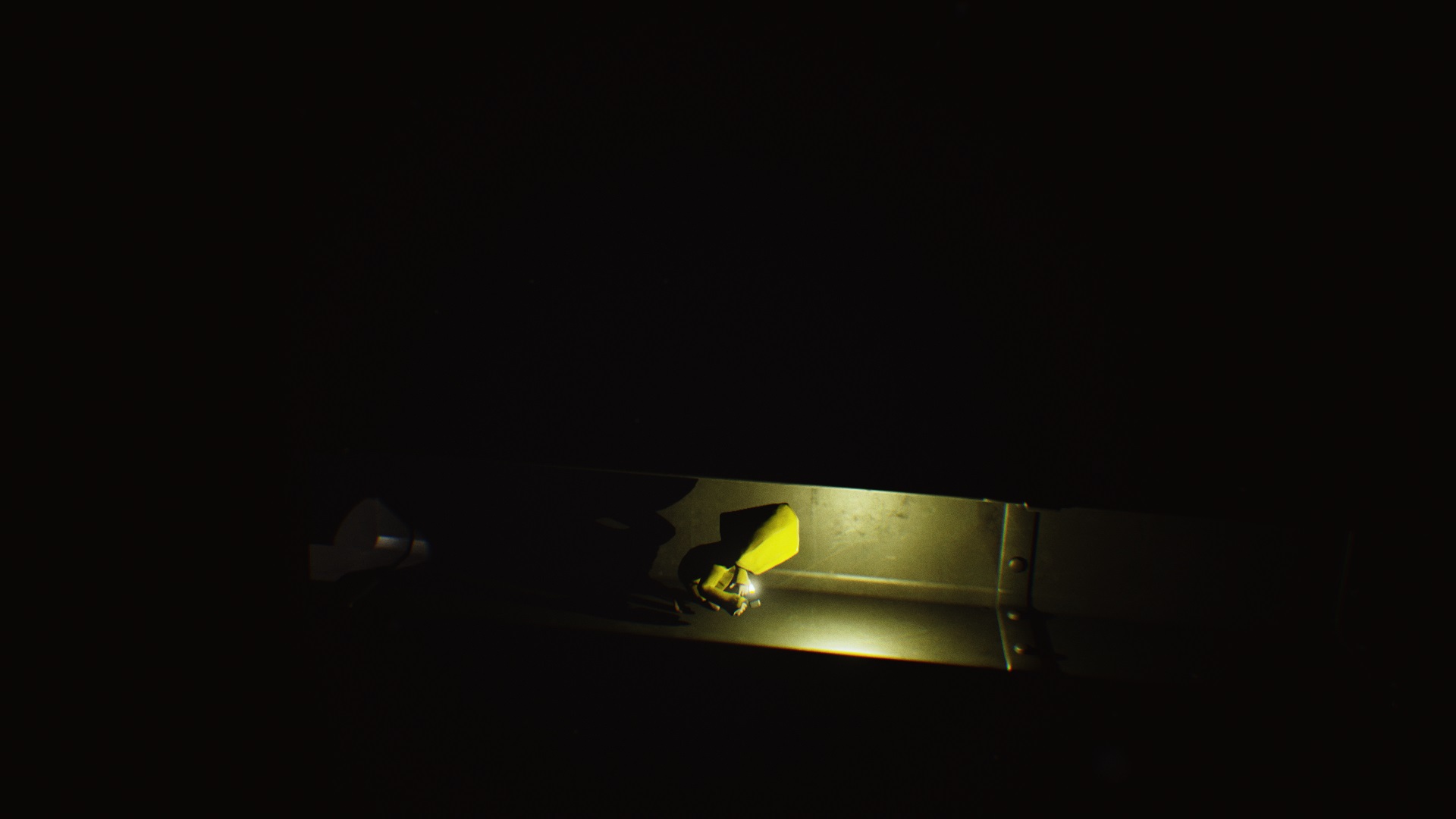 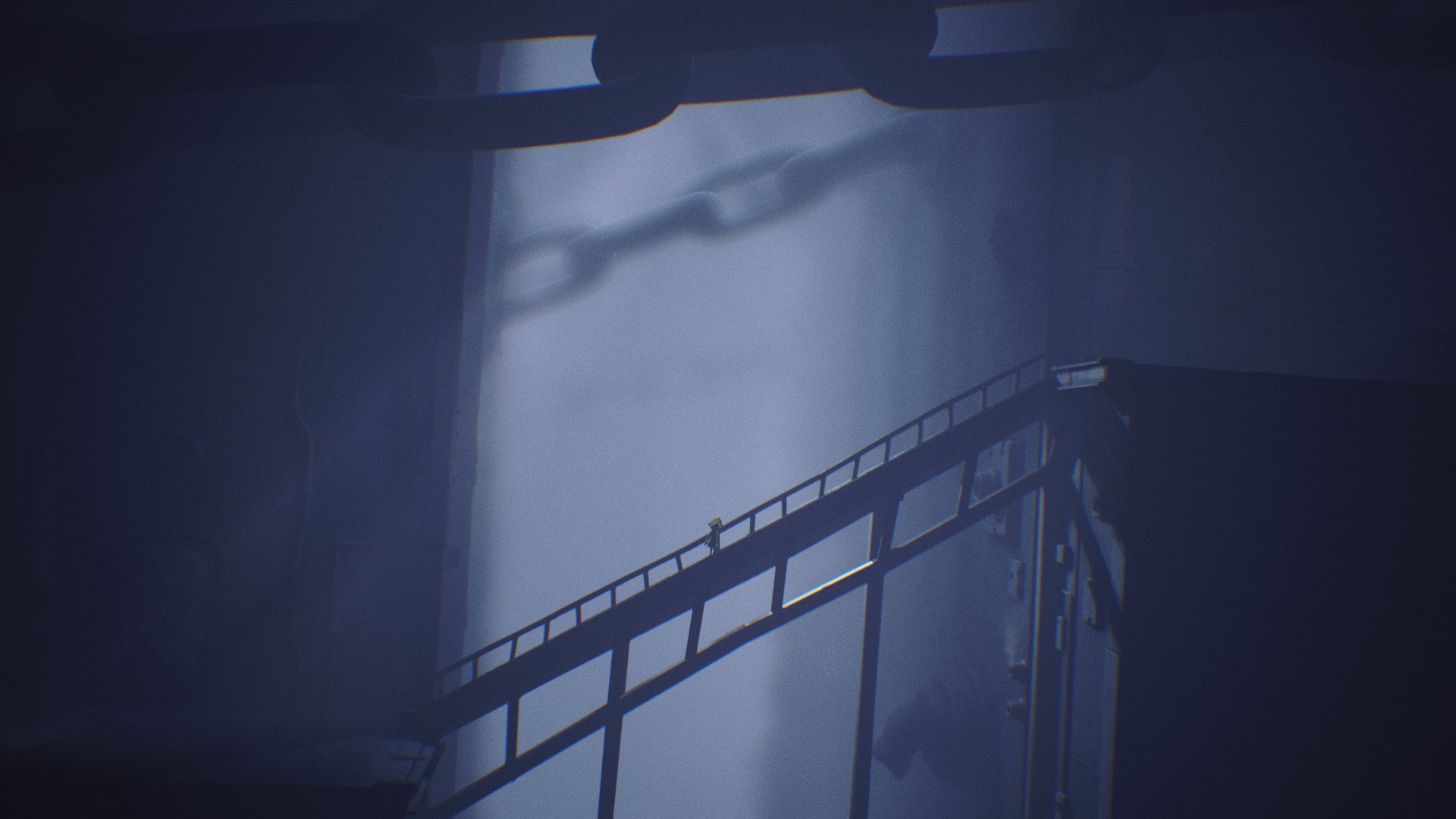 And having to move a chair so you can stand on it in order to reach a doorknob. 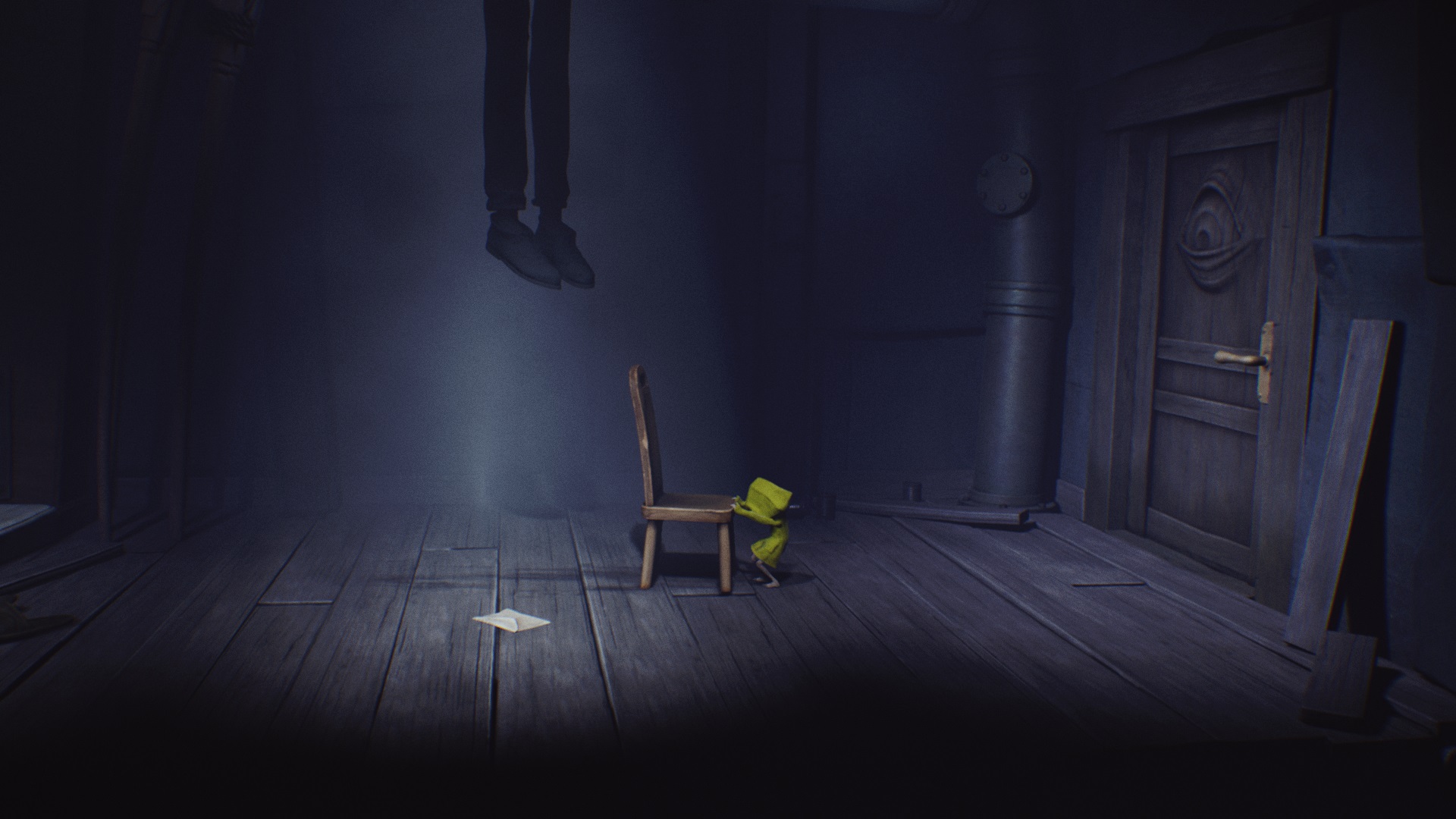 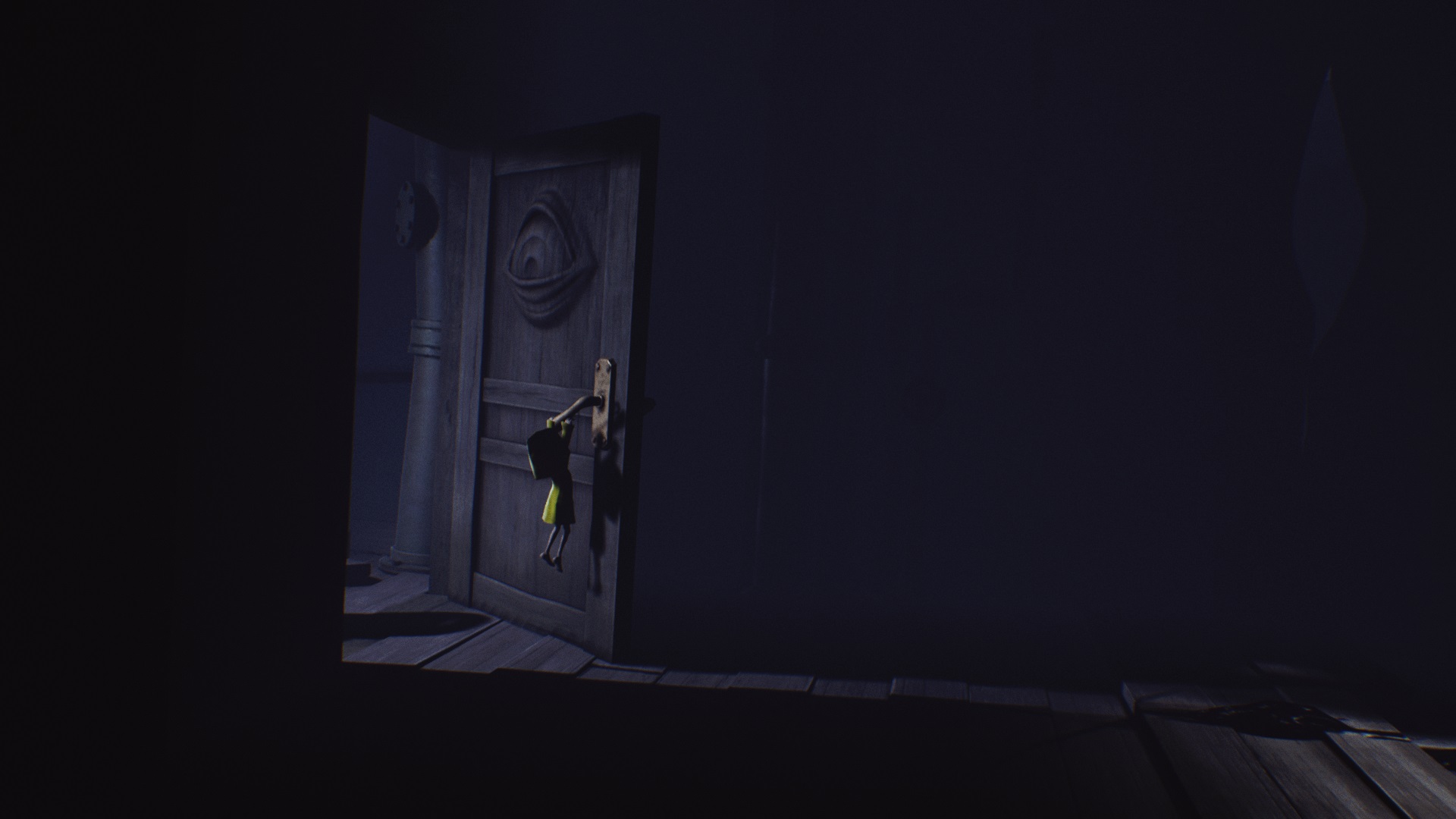 And, of course, Lampreys: 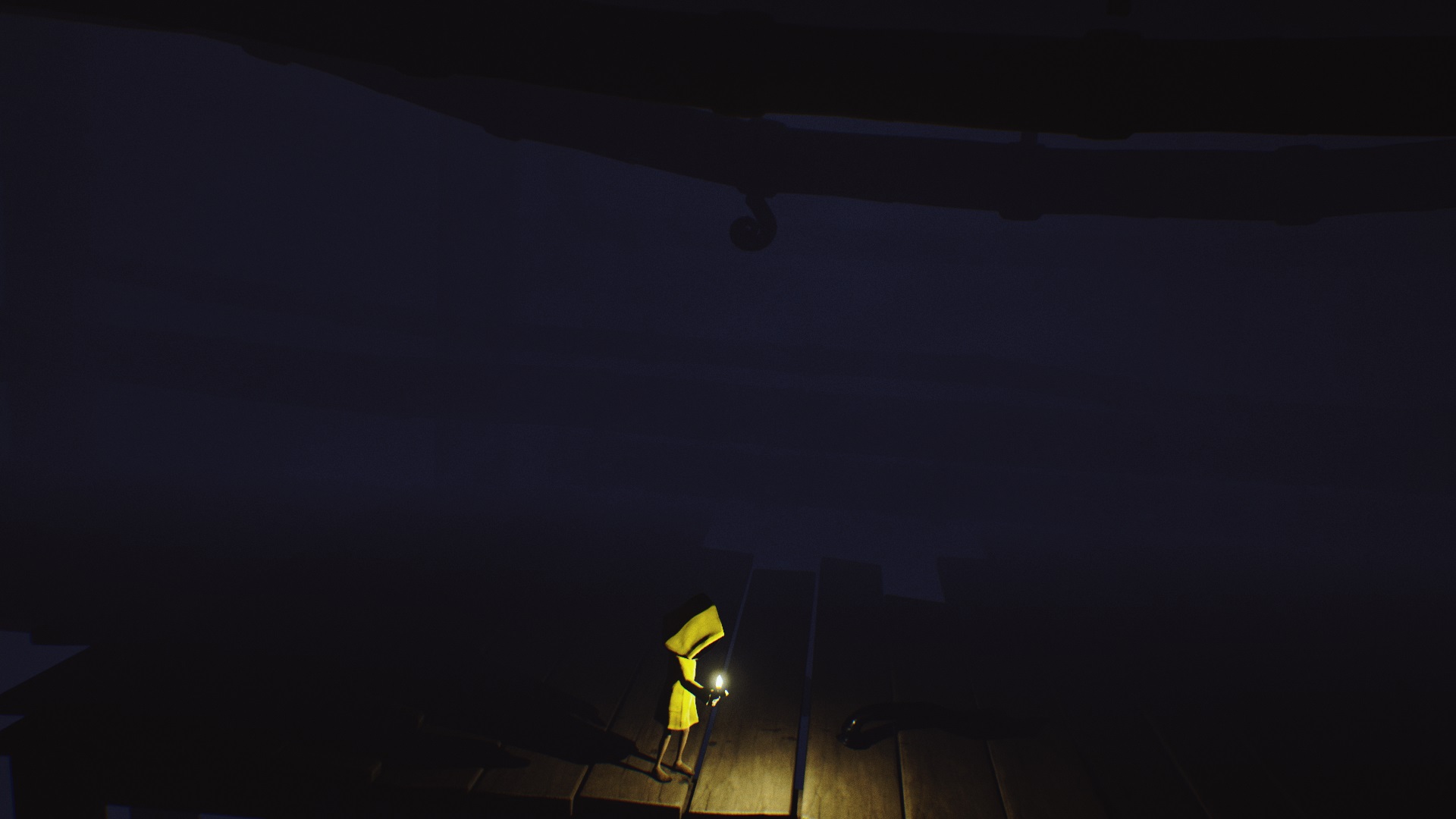 You could probably already have guessed this but I will confirm it for you: You do *NOT* want to have one of these things touch you.

The gameplay is puzzle platforming. You know, you will find yourself in a room where the door only opens if you stand on a pressure plate. So you have to look around for something to put on the pressure plate. Or you’ll come up to a door that has a padlock on it. So you have to find the key to the padlock which you’re pretty sure is in the room previous that had a whole bunch of things between you and where grown-ups put things like keys. 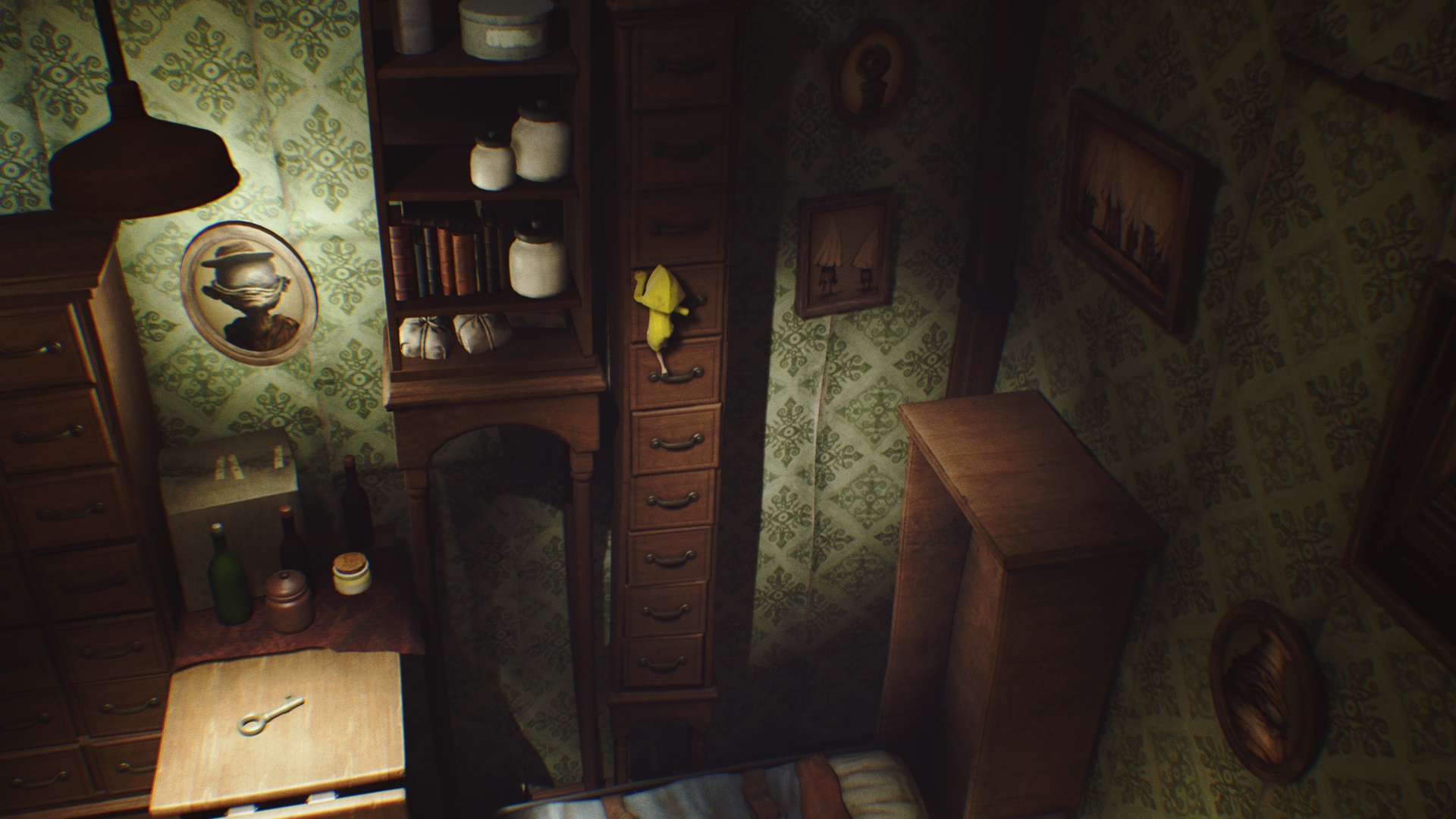 It’s a game that has fairly standard platform gameplay but that just provides the skeleton for the meat of the game which is that you are a little kid trying to get to the other side of a nightmare. And, oh my gosh, is it kinda scary. And I don’t know that any other medium could have pulled it off.

(Featured image is a screenshot from Little Nightmares, taken by the author.)