The Simple Question Raised By A More Diverse America 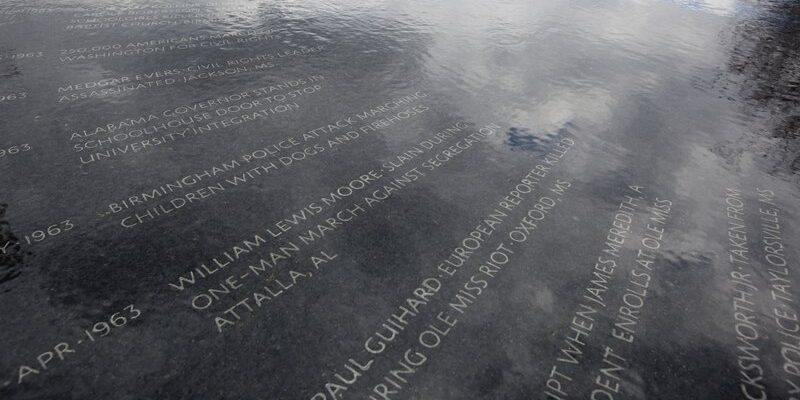 I find myself increasingly tiring of word games when it comes to the subject of race, of diversity, of equality it the United States of America in the Year of Our Lord 2022. With MLK Day comes a one-day-a-year increase in conversation on subjects like race, like equality, like diversity. It also sparks the begging of “find another quote” from folks who only know a line or two from the “I have a dream” speech but nothing else to share on their social media for the occasion.

That is the way of most of us though, isn’t it? To just pull the quote that inspires, that fits neatly into our own narratives and currently-running online personas.

Here is a statistical fact to factor into those ruminations: America is increasingly diverse. The Washington Post has one of their excellent info-graphic interactive pieces covering the latest census data and how the demographics of America are changing. You can even enter the county you live in, or are curious about, and find out the changing numbers. And those numbers are definitive; a more diverse America is happening whether you like it or not.

When it comes to the white population:

This census marks the first decade the total number of people who identify as non-Hispanic Whites declined. The population decreased by 5.1 million. It is the first time this has happened in the 230 years since the enumeration started.

White Americans decreased in over three-quarters of counties across the nation. Every region saw overall drops in White population, but the Northeast and Midwest had the largest decreases because of large drops in Chicago and New York City.

The Southern and Western regions saw smaller losses, particularly because of gains in Utah, Colorado and Florida.

Gains in some places, such as Maricopa and Travis counties — home to Phoenix and Austin, respectively — were countered by steep losses in California’s major metro areas and sizable decreases around Dallas and Fort Lauderdale, Fla.

The White population suffered from two disproportionate characteristics that defined their decade: high mortality and low fertility. The shifts mean the group is becoming older, and the nation’s younger generations are becoming less White over time.

In 1990, Hispanics accounted for 9 percent of the U.S. population. Now, they account for 18.7 percent, becoming the largest non-White minority group and the second-fastest-growing single-race demographic group.

Hispanics also account for half of the nation’s population growth in the past decade, showing increases in nearly every county across the United States.

All across the country, Hispanics saw huge gains. They were the fastest growing group in 2,123 counties.

More than 200 counties across the U.S. would have lost population if not for Hispanics, particularly because of the large decreases in the White population.

In Florida, the Hispanic population also flourished — and not just in the southern part of the state. Central Florida is home to a large Puerto Rican population, which continued to grow after Hurricane Maria caused many to flee the island in 2017. New Cuban residents also added to Florida’s population. In recent history, Cubans have been in the top 10 immigrant groups in the United States. The top four counties of residence for Cuban immigrants — approximately two-thirds of the Cuban American population — are all in Florida.

Immigration accounts for only a portion of the growth in the Hispanic population.

Instead, most of the growth stems from natural increases — more births than deaths — which is reflected in the diversity of the youngest Americans. Over half of the U.S. population under 15 identified as non-White for the first time in 2019. In the census a year later, almost 53 percent of people under 18 identified as non-White. Of that group, Hispanics made up half.

Conversely, Asian population growth has been heavily fueled by immigration:

The Asian and Pacific Islander population saw a growth pattern similar to Hispanics but on a much smaller scale. Despite relatively small numbers, Asians grew at rates faster than any other single-race group.

A large portion of growth in the Asian population can be attributed to immigration. Since 2009, the increase of Chinese and Indian immigrants made annual Asian immigration counts higher than such numbers for Hispanics. Almost 60 percent of Asian Americans were born in another country.

The Asian American population grew by 36 percent over the last decade, and projections do not show gains slowing down anytime soon. By 2060, the Asian population in the United States is expected to pass 46 million, nearly four times what it was in 2000.

And the population of Black Americans is changing, and on the move:

Before the turn of the 21st century, the Black population was the largest minority group in the nation. Black Americans gained roughly 2.3 million people since 2010 but have roughly stayed consistent in share of the U.S. population, hovering around 12 percent, for the past three decades.

The Black population increased in over half of the nation’s counties. The migration of Black Americans was starker than other races, with the largest shifts toward suburban and urban areas. Black Americans moved to these areas in droves, boosting populations in the Atlanta; Charlotte; Columbus, Ohio; and Minneapolis metro areas.

Urban and suburban counties outside of the biggest metro regions experienced an 11 percent increase in Black Americans, while rural counties saw a 6 percent decrease. The largest shift to urban areas occurred in the South, where the majority of Black Americans reside. Throughout the southeast, from Maryland to Georgia, Texas and Florida, urban areas had major Black gains.

Rural counties in the South paint a vivid picture of Black population loss. Also striking are population declines in Chicago, a city known for its rich Black history and culture. Racial inequality, housing crises, high unemployment and over-policing are among the reasons researchers believe Chicago is experiencing an exodus of Black residents.

The movement of Black Americans away from Chicago echoes patterns of a “reverse Great Migration.” Slowly beginning in the 1970s and continuously gaining traction, the group is moving to the suburbs and back to the South. Black people are moving to the South for a multitude of reasons: greater economic opportunity, lower cost of living, and high cultural and familial affinities.

While the Black population is shifting across the United States, it is also changing shape. Black Americans who identify as a single race are aging, adding five years to their median age since 2000, while multiracial Black people are younger than any other group — they have a median age of 16. Hispanics are the largest non-White U.S. population under 18, followed by Black people as the second-largest non-White group in the same age range.

Long story short: America is increasingly diverse. You are either good with America being a diverse, pluralistic society, or you are not.

If you are not, the burden of explaining why you are not is completely on you. The increasing diversity of America is inevitable. Complaining about it would be the same as wading into the Mississippi River and demanding the flow reverse. Any arguments against a more diverse America fall on the wrong side of morals, of history, of any type of patriotic love for what is good for the country and all the people in it. Hiding sentiments against this change in the name of protecting culture, or tradition, or greater good — all terms with one meaning on their face but really a cloak for variations on “different from me and how I want things to be” — are worse than futile. Such sentiments are gashing wounds that make the inevitable more painful for everyone than it has to be.

Somewhere among the remembrances, quotes, and sentiments of MLK Day, do the bare minimum of “find a different quote” social media will chide folks to do. If you just have to go MLK quotes on MLK day, I’d recommend just about anything from the Letter from a Birmingham Jail. But if you really want to do something productive on MLK take a self-inventory of how you’ve been talking about things like demographic change, about diversity, about race, about the changing of America.

American is increasingly diverse. You are either good with America being a diverse, pluralistic society, or you are not.