How to Stop the Next Uvalde 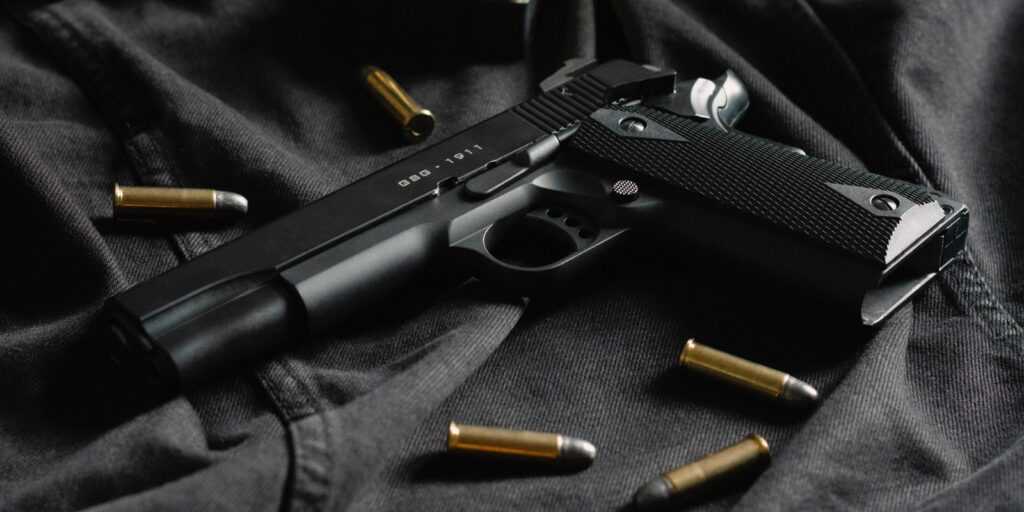 Photo by When the news alert about Tuesday’s shooting in Uvalde, Texas ran across my smartphone, I wondered how long it would be until the social media would be filled with angry people. Not long. There was a lot of metaphorical rending of garments about the state of our nation that seems to worship the gun. With every mass shooting, the same messages come up; people care more about guns than they do people, we should take the guns, I don’t want to live in a country where kids can be killed in school, and so on. This anger is understandable, especially with this shooting most of the victims are children. But frankly, none of the angry tweets and posts will change anything. Last I checked, posting snarky tweets isn’t going to change this sad situation.

President Biden wondered when someone was going to stand up to the gun lobby. But is going after Smith and Wesson going to make a difference? Maybe. But his complaint feels rote like this is the question we ask every time there is a mass shooting.

This is actually what bothers me the most, we reach for answers to a question that no one is asking. We reach for those answers like background checks because they make us feel in control in a world that seems out of control. We wonder why lawmakers don’t use the answer that seems so self-evident to us. Maybe it’s because they are in the thrall of the gun lobby?

Laws like background checks are needed to deal with urban gun violence, but they don’t always work when dealing with a mass shooting. Most of the shooters have clean records, so a check wouldn’t show anything amiss.

Politicians on the right also reach for their favored answers like arming teachers or looking for the “good guy with a gun.” Neither idea is going to stop mass shooting events like Uvalde and Buffalo from happening.

None of this means we just shrug our shoulders and return to the business of the day. But if we are going to do something to stop the next mass shooting from happening, it means looking at the situation at hand. We have to ask questions and search for clues instead of reaching for an easy answer. What happened? How did it happen? What do we know about the shooter? Did the shooter leave any signs that they might want to do this? Did the shooter make any threats? Did the shooter talk about killing themselves?

David French shared a document produced a number of years ago by Arizona Governor Doug Ducey. After the Parkland shooting, the governor looked into what could be done to prevent other mass shootings. The document includes a chart that lists some of the worst school shootings in the past 20 years (at least up to yesterday). He saw a pattern. Let’s look at the shooter involved in the shooting at Virginia Tech in 2007:

The shooter had previously been diagnosed with a severe anxiety disorder. After an investigation into allegations he was stalking two female students, a Virginia special justice declared him mentally ill and ordered him to attend treatment; however, because he was not institutionalized, he was still allowed to purchase firearms.

Prior to the incident, a judge declared the shooter a danger due to mental illness, but the information was never entered into the federal background check database.

What about the shooter at Parkland?

Police were called to the shooter’s home 39 different times during a 7-year period. He was

reported to the FBI for comments he made online. He also made threats to attack the school in 2016, and was caught with a gun-related object in his backpack.

All of these shooters showed signs even up to a year before the crime took place. There were people who saw something was off with this person. There were police and other law enforcement that were aware of this person’s problems. Red flags were flying all over the place.

I agree with French that more states must pass so-called Red Flag laws, especially in “red” states. The law allows for the government to take guns away from a person that has exhibited signs they might harm themselves or others. It also prohibits the person from purchasing guns.

But the law alone isn’t going to solve this. French notes there needs to be education about the law so that it can be enforced (there was a red flag law in place in Buffalo, New York, but the law wasn’t enforced).

In talking with Andrew Donaldson recently about the Buffalo shooting, he noted that this is also an issue that goes beyond the government; this isn’t just a law issue, but a “heart” issue. Again, most of the shooters were loners who had “issues.” But it also seems that over and over again even though sirens were going off, no one bothered to get involved. The Buffalo shooter immersed himself in white supremacist rhetoric because he was bored. Did he not have a support network or at least a friend to lean on? What is happening in American society where people are left disconnected? If someone reached out, would that have turned a potential shooter away from committing such a horrific crime? Do we need a stronger network of churches, schools and civic groups that can help young men who showing troubling signs?

We live in a society where we are increasingly becoming bystanders, unwilling or unable to intervene when we see a potential threat. Writing in Mother Jones, author Mark Follman looks into the recent school shooting in Oxford, Michigan and how everyone from school professionals to the shooter’s parents failed to pay attention or care about the shooter’s state of mind. In this paragraph, Follman writes about how students in an Alaskan high school gathered to see a planned event happen:

This “bystander” problem is common in school shootings. Kids often believe a troubled classmate isn’t making threats seriously, or they may fear reaching out to authorities or not know where to turn. In one early such case that occurred in Alaska in 1997, a whole crowd of students had indications of what was coming, including rumors about a hit list. By the morning of the shooting, upward of two dozen teens had gathered to watch from a mezzanine inside the high school, in anticipation of something big happening. One girl in the crowd said to another: “You’re not supposed to be up here. You’re on the list.” A student and the school principal were killed in the shooting, and two other students were wounded. Investigation of the attack revealed that no one had spoken out to an authority figure.

I don’t have easy answers. It’s still early to determine the motives of the shooter in Texas, but I’m going to guess some of the same factors will be found in play. But I hope we can put aside our reach for comfortable answers and really look at the issues at hand. The times call for people to do the work and come up with an effective answer. Nobody, including myself, wants to live in a nation where 10-year olds are gunned down.