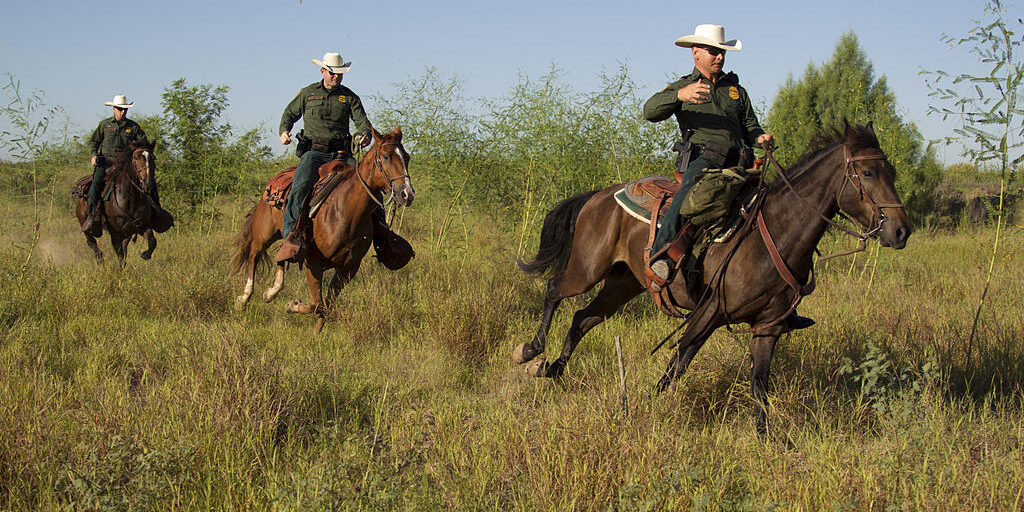 When it comes to a difficult issue like immigration policy, fixing the optics and blame-shifting are the only courses of action our elected officials seem to be capable of.

The images of mounted Border Patrol appearing to lash out at people coming across the border in Del Rio, Texas are just the latest in a long line of spot fires in the immigration crisis that are smothered out in the media with a knee-jerk fix while leaving the smoldering issue burning beneath until the next flare up. Press Secretary Jen Psaki was tasked to stand at the podium in the Brady Briefing Room and do the smothering, in this particular case:

We could not see it as any more different from the policy of the prior administration, which the President feels — we all feel — was inhumane, immoral, ineffective, not operationally — wasn’t operationally working. And because of the dysfunction of it, we have led to a very broken system that we’re dealing with today.

So what he has asked all of us to convey clearly to people who understandably have questions, are passionate, are concerned as we are about the images that we have seen is: One, we feel those images are horrible and horrific. There was an investigation the President certainly supports, overseen by the Department of Homeland Security, which he has conveyed will happen quickly.

I can also convey to you that the Secretary also conveyed to civil rights leaders earlier this morning that we would no longer be using horses in Del Rio. So that is something — a policy change that has been made in response.

But separately, all related, it’s also important for people to understand what our process and our immigration process is and what the steps are that are taken. We are still under Title 42 because we are in a global pandemic, so we are still operationalizing that.

“Policy change made in response” that is little more than a move to prevent further bad optics could be the epitaph for the last 40-odd years of immigration policy in the United State of America. The images of law enforcement appearing to strike people of color from horseback invokes much longer-running issues that run through deep and dark parts of America’s own consciousness. So, the reaction to get rid of the bad optic is understandable. But things that are different are not the same. First glances of viral images usually don’t tell the whole tale. And a horse is a horse of course of course, and no one can talk to a horse of course. Nor do the horses have the union the Border Patrol agents do; thus, horses are no longer to be used in Del Rio so problem solved, next item, move along.

It’s also utterly pointless beyond getting the images out of the public discourse.

Banning the horses from Del Rio does nothing to bring accountability to the officers involved, or the policies that placed them in that situation in the first place, or why Haitians from an island nation are massed at the US-Mexico border in the first place, or the concerted, multi-year, bi-partisan efforts to not solve immigration, or the multi-administrations-worth of border crises that keep happening. But it’s an optic fix.

The next optic fix for immigration policy that won’t do a thing to fix the border situation is also in the works, as the images of huddled masses beneath the International Bridge in Del Rio are reacted to and dealt with:

The past few days in Del Rio, white prison transport vans have rolled at a steady rate down the dusty road to the bridge, where agents have forced migrants to board. From there, groups of migrants have been taken to the town’s airport, or nearby ones in San Antonio, Laredo and Brownsville, where they’ve been placed on flights back to their home countries. In order to do so without allowing these people their legal right to plead their case for asylum in court, President Joe Biden has relied on Title 42, a public health order implemented last year by the Trump administration to summarily expel border-crossers during the Covid-19 pandemic.

To be fair to the Biden Administration, and presidencies before, the root cause of all the border madness is congress. The inability of decades worth of House and Senate combinations to address the problem has resulted in nothing even vaguely resembling coherent immigration policy and border policy. Both parties have had opportunities with majorities on both sides of the Capitol and the White House and chose to pursue other things. Executive orders and court cases have been used instead, to limited and very messy affect since each are subjected to subsequent executive orders and court cases. Congress gets to take the money from myriad interest groups, lobbyist, and fundraising emails from across the political spectrum while not ever actually solving the problem and usually making it worse. The whole thing is a symbiotic system of failure that cascades into a human tragedy at the border. Which makes more images. Which drives more media. Which our elected officials then react to.

At least the horses of Del Rio get to sit out this hot mess of policy failure for a spell. Perhaps they can take solace in the stories of Incitatus, the beloved horse of the maniac Roman Emperor Caligula who also found himself cast in the middle of political theater through no fault of his own. History bastardized the story to Caligula wanting to make the horse a consul, the twin positions below only the emperor himself. Most scholars think the stories and threats to do so came from Caligula himself mocking the Roman senate, hinting his horse could do a better job, but forever kicking off a story of unbridled power. Legends that get it wrong to prove a point are just as viral as modern images that fit into existing narratives, it seems.

Then again, had America actually had a horse as a sitting member of congress for the last generation, our exalted equine elected would have passed the same amount of meaningful immigration policy and legislation that the humans have. So might be worth a try.

Couldn’t have done any worse.