Did the 90s really happen?

I’ll admit my memory of the decade seems a little wispy and farfetched now. At the time, I thought it was the absolute nadir of human history, the stupidest era ever; I was in my twenties, okay? Looking back, all I can remember at this point is every single person I knew was making art all the time, arguing about books in dingy bars, worrying obsessively about what it means to exist, living as cheaply as possible, paying the lowest rents imaginable, and moving from town to town in the “bohemian diaspora” whenever the whim took them. I can’t recall meeting anyone prior to this millennium who “had their shit together” or really ever intended to get it together; and yet, most of us eventually grew up. I think.

Of course, that might be how everyone spends their twenties. They might all be in dingy bars right now arguing about philosophy and agonizing over true love and how to distinguish it from the ersatz kind. But me, I’m living in a corner of the East Village where everyone I meet who is in their twenties has a respectable job; every single one of them being a “consultant” and the majority of those are consultants in “finance” with a minority of “marketing consultants.” I’m still unsure on how to tie a necktie. Nevertheless, I like to imagine there are hordes of grubby bohemians pissing away their twenties somewhere much less expensive than Manhattan, as God intended. Of course, that leads me to another question:

Did my twenties really happen? Did yours?

Which is all to say I know this guy: the protagonist of Kevin Maloney’s novel The Red-Headed Pilgrim, coming out on the 24th from Two-Dollar Radio. He’s a suburban kid with a head full of half-digested books and albums who’s come to the terrifying realization on the football field that one day he will absolutely and inevitably die, and the unique and unrepeatable world that was created around him by his existence will simply pop out like an old lightbulb and vanish into darkness. So, he does what makes sense: quits football, smokes marijuana, reads Siddhartha by Hermann Hesse, and imagines the Buddha’s search for enlightenment:

It was just like me, only my plan was to hide in my bedroom for the rest of my life playing Super Mario Brothers. 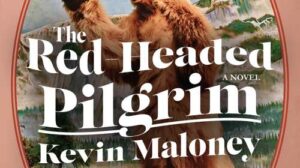 That doesn’t seem to work, and the future his parents want for him seems pretty stultifying. So, he eschews their plans for private college and throws himself into life, pretending he’s Kerouac, working low-paying jobs, some crappy and some surprisingly rewarding, moving around the country at whim, living in many small towns, focusing on writing a great novel, or finding samsara, or doing a lot of drugs, or at least finally having sex. In that pursuit, he fumbles and follows women who regard him with mixed feelings, and is finally shocked to discover that having intercourse without a condom can lead to pregnancy. And so, against all best judgment, our hero becomes a father, and a drunk, and a teacher, and a teddy bear salesman. And makes a tremendous number of very bad choices. Maybe everyone spends their twenties this way.

So, it’s the story of a boy’s journey to become a man-child; in fact, our hero eventually forms a band called “Lady Pain and the Man Children” to purge himself of the pain of the inevitable wrenching divorce by writing and puking on stage in dresses and makeup. (I’m not unfamiliar with this coping strategy myself.) To be fair, the young women he awkwardly pursues are only slightly less stunted than he is. Everyone’s a little misguided and romantic and flighty and miserable; again, if you’ve never been through your twenties, or you can’t remember them, suspend judgment. To be fair, many of us spend those years following our hearts through panes of glass. In the end, adulthood comes calling regardless. After years of painful outcomes, our hero settles for a stultifying job and some part of himself dies or goes into abeyance. Adulthood being something that happens when we’ve exhausted all other options. We hope it’s only a temporary condition.

Which is to say I know this guy. Pretty well. Heck, my twenties ended with me moving to Canada for a decade in pursuit of love, and staying to grieve the end of that love for another half-decade, and I have now become much more reasonable and moved to New York for love and to write novels and make pizzas all day. So I can sympathize. 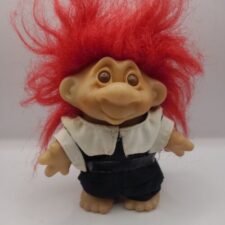 I also realize that these characters might have been a bit insufferable in the hands of a lesser writer than Kevin Maloney; I say this because I’ve read similar stories told by much less talented writers and wound up tossing those novels lightly against the wall! Here’s the thing, though: this particular novel is very very funny. Even while describing some emotionally devastating things, there are funny lines in just about every paragraph. Which doesn’t seem to lessen the emotional impact when things get really bad for our mishap-prone hero, or when the miraculous unexpectedly makes an appearance. A brief section about the first woman to be kind to him when his wife was ending the marriage brought tears to my eyes; I know her too.

Presumably, this is autofiction, but it really avoids the trap of much autofiction: there’s no self-aggrandizement whatsoever. Few of us could look at ourselves with such clear eyes. The writer has enough distance from his younger self to recognize his youthful foibles and ridiculousness, while also recalling that the things that he was clumsily searching for back then- meaning, purpose, love, art, and miracles- actually do matter, a lot more than the security and predictability most of us eventually settle for. We should probably keep room in our lives to make mistakes.

And so, young friends, what are YOU reading, writing, pondering, playing, watching, listening to, or searching for this weekend?