Listed: AOC, The Met Gala, and That Dress 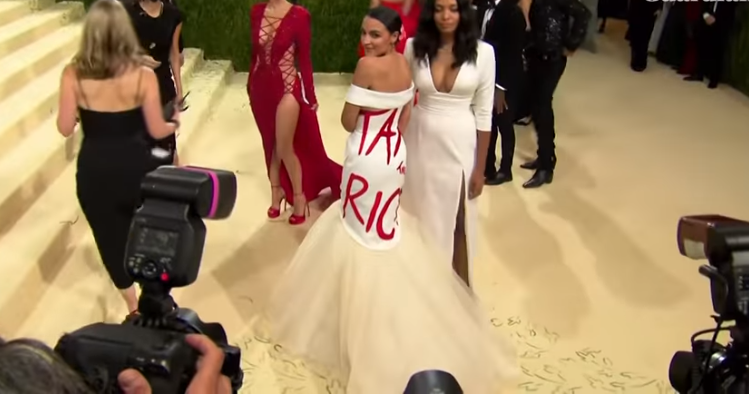 Screengrab of AOC’s arrival at the Met Gala from coverage by the Guardian.

Rep. Alexandria Ocasio-Cortez has made a name for herself for staying on brand, being smart, getting our attention, and playing the media–social and mainstream–game in a way that sucks people right in.

So, let’s take a look at AOC’s controversial dress from her Met Gala appearance, but from a different view point.

Now somethings we do and do not know:

The medium is the message. pic.twitter.com/b4Ssr6HkYR

We eat it up. We talk about it. We give them the attention they want. We are to blame for this, not them. Some like to attack AOC just to attack her and will use any reason to, but to me, Ms. Alexandria Ocasio-Cortez stayed on brand, she stayed classy, and she got our attention. Bravo and kudos to her; she played us and we were sucked right in.

Remember me saying AOC is smart? There is all the proof you need.