The Babyproofed Society: The Urge to Eliminate Risk From American Life 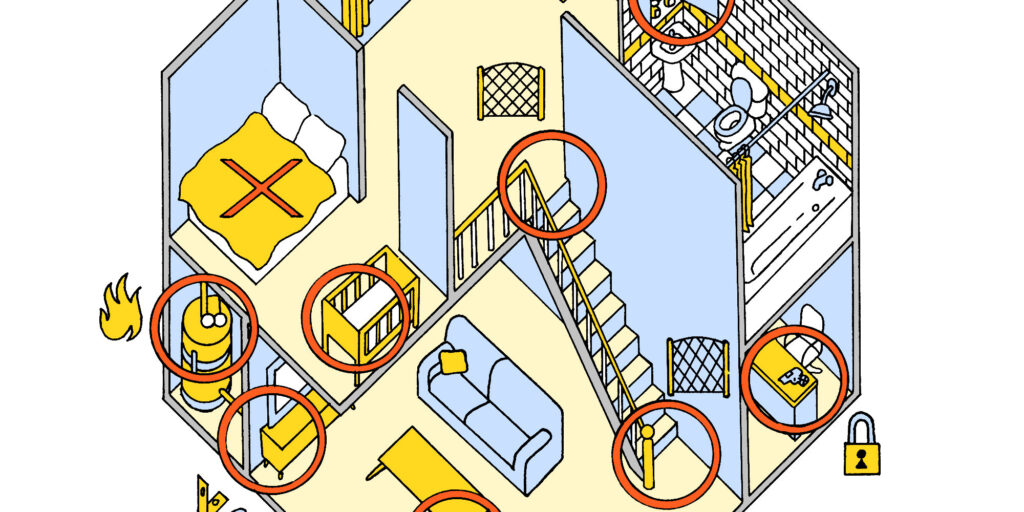 The political world has been in an uproar over the past week on account of a somewhat random topic: gas stoves. This whole news cycle revolved around the idea – mooted by Consumer Product Safety Commission (CPSC) commissioner Richard Trumka Jr. – of banning gas stoves due to their alleged harmful impact on health and indoor air quality. (I say alleged because the studies being cited are not at all solid.) Trumka, son of the famed union boss of the same name, stated regarding gas ranges that “Any option is on the table. Products that can’t be made safe can be banned.” Progressives rushed to the proposal’s defense, claiming that these newly-studied health risks are only part of the problem – gas stoves are also terrible for climate change. Several cities, including New York, have banned gas hookups in new buildings entirely, stopping the promulgation not only of gas-powered stoves, but also of gas heating and water boiling.

For a day or so, these inherent ‘problems’ of household gas usage were the talk of the town, but this all stopped cold when the idea of banning a common and well-loved cooking appliance dropped like a lead balloon in the broader public. All of a sudden, the talking points shifted to gaslighting (pun intended) about the issue: denying that bans were on the table at all and claiming that this was just another conservative “culture war,” despite the clear evidence to the contrary. The New York Times serves as an excellent example of this rapid flip-flopping. On January 11, they published an article which has the web title “No, Biden Is Not Trying to Ban Gas Stoves,” as part of their coverage of the issue. The rest of their special online section discusses “Climate and Health Concerns,” “How to Lower Your Risk,” and “The Case for Induction Cooking.” On January 13, the Times published and widely promoted an alarmist op-ed titled “Your Gas Stove May Be Killing You.” The back-and-forth is head-spinning.

But more than anything it says about the media, progressive talking points, or the decline of scientific rigor, this whole gas stove brouhaha captures a major aspect of modern progressivism that is inherently un-American: the urge to guarantee “safety.”

Progressive “safetyism,” to use the term coined by the social psychologist Jonathan Haidt and Foundation for Individual Rights and Expression (FIRE) president Greg Lukianoff in their book The Coddling of the American Mind, has run rampant in American society. This desire to avoid harm and risk through government intervention is not a new desire of progressivism, indeed going back at least to FDR’s famous ‘Four Freedoms’ speech in 1941. In that address, Roosevelt promoted two freedoms – of speech and worship – which have a long history in the United States and promote individual liberty, but two others – freedom from want and from fear – which are only achievable through deep government involvement in society and economy.

Modern safetyism, which began to ramp up enormously in the 2010s, focuses on the latter two freedoms in FDR’s speech, pushing for all members of society to be made safe from even emotional harm. This goal is accomplished through overweening government agencies like the CPSC, ideologically radical institutional DEI (Diversity, Equity, Inclusion) bureaucracies, and astroturfed social pressure campaigns which stifle risk-taking, nonconformity, and individualism. This intellectual groupthink incentivizes severe risk aversion and expansive definitions of harm and safety. This was perfectly exhibited during the pandemic (which the safetyists would like us to believe is as dangerous today as it was in March 2020), when government bureaucrats insisted on radical one-size-fits-all measures that largely proved immaterial to the course of the virus. For many, the shifting recommendations of the public health class – most notably the differential treatment of anti-lockdown protests and social justice marches – discredited their ideas about what was “safe” and indicted safetyism as institutional culture.

This progressive desire to enforce happiness via perfect safety was explored deftly by Aldous Huxley in his 1932 dystopian masterpiece Brave New World. In that work, the world has become a utopia – there is nothing but happiness, or else. Drugs are given to people to control emotions, activities and ideas are heavily proscribed, and humanity is kept in a state of childlike bliss. In one passage of the book, a character called ‘The Controller’ speaks about the wonderful society which has been built to keep people sedate and docile:

The world’s stable now. People are happy; they get what they want, and they never want what they can’t get. They’re well off; they’re safe; they’re never ill; they’re not afraid of death; they’re blissfully ignorant of passion and old age; they’re plagued with no mothers or fathers; they’ve got no wives, or children, or lovers to feel strongly about; they’re so conditioned that they practically can’t help behaving as they ought to behave. And if anything should go wrong, there’s soma.

The Controller scoffs at his interlocutor, the outsider named ‘The Savage’, by denigrating the idea of liberty as impractical and entirely opposed to happiness, which can only be gained through controlled stability. One of the main themes of the book is to undermine this idea of sterile, enforced ‘happiness’ as any sort of happiness at all; without liberty, free choice, and the ability to be unhappy, happiness itself is a meaningless construct.

The totalitarian dystopia of Brave New World is one where safetyism is taken to the extreme and individual behavior is tightly controlled to avert even the potential for a negative outcome. A society like this would be truly terrible, despite its outward trappings of pleasure. In many ways, it is the society that progressives have been working toward for more than a century. I have always thought that the dystopia of Brave New World was a more realistic future for the liberal West than was Orwell’s Big Brother in 1984; the past decade of overmedicalization, assaults on individual freedoms, and hardcore safetyism have only made that starker.

We are in the midst of a push to babyproof American society – to protect us from ourselves. Usually, babyproofing is done by someone of authority (a parent, grandparent, etc.) in order to keep small children safe from accidents and their own uninformed choices. As children age out of the period when they have no concept of risk or cause and effect, babyproofing is minimized and kids are taught how to deal with things that may be dangerous or unsafe. Instead of putting covers perpetually on the stove knobs, a child would be taught how the stove works and why it is a tool for adults or use under adult supervision. Infantilizing kids when they are capable of responsibility and reasoning stunts their development, so most parents choose to do otherwise – assigning chores, giving allowances, and offering a degree of autonomy. Sensibly, we leave these choices to individual families to make based on their own risk tolerance and parenting style.

Now, progressives are taking the babyproofing approach to the whole of society, seeking to protect citizens from any risk of insecurity. In this analogy, we are the infants and the State, with its progressive nomenklatura, is the parent. Safetyists seek to ban anything and everything they deem ‘unsafe’, from gas stoves to so-called ‘hate speech’. But American citizens are not infants, and the State sure as hell isn’t our parent. The desire to trap individual citizens in a perpetual infancy under the beneficent care of our governmental betters is deeply un-American. Unfortunately, we have already moved quite far down the path towards government dependency for basic needs, with massive social programs providing something close to cradle-to-grave welfare. This is a distressing development, but one which has been in motion since the New Deal and Great Society eras. As bad as economic dependency on government is, there is something worse: reliance on the State as a substitute for individual agency and freedom of choice. And that is truly the holy grail for the progressive movement.

The proposal to ban gas ranges for our own ‘benefit’ – regardless of whether it is put into practice or not – is indicative of this desire to remove personal liberty so as to secure some semblance of ‘safety’. Progressives see happiness as only achievable through security and safety, much as The Controller in Brave New World does. This attitude is un-American, if not wholly anti-American, at root. Our society, founded in revolution by men whose ancestors braved the treacherous trans-Atlantic journey, was not meant to guarantee happiness, but the pursuit thereof. The Declaration and Constitution were not intended as means to regulate away individual agency, but as, in the words of Frederick Douglass, “glorious liberty document[s].”

America was built on the idea of risk, enterprise, and adventure. We have welcomed millions of arrivals from every corner of the world, solely based on their desire to have a chance at the ‘American Dream’. They knew success was not guaranteed, but the range of outcomes here was far in excess of the stunted, stifled lives they would be forced to live back home. Nowhere else could a poor immigrant create a massive multibillion-dollar business, or could a field slave become a renowned statesman, or could a mere idea blossom into a thriving, multicultural democracy. America has always been exceptional; it is incumbent on us to keep it that way. That means making our own choices about risk and reward, and accepting responsibility for the consequences of those decisions. American citizens are not infants, no matter how much progressive fantasists wish that to be true. It is beyond time that we show them so by standing up against the babyproofing of society.

Mike Coté is a writer and podcaster focusing on history, Great Power rivalry, and geopolitics. He has a Master’s degree in European history, writing his thesis on the Anglo-German economic and strategic rivalry before World War I. He blogs at his own site, hosts the Rational Policy podcast, and can be found on Twitter @ratlpolicy.