Notes On The Delicious Art of Arguing 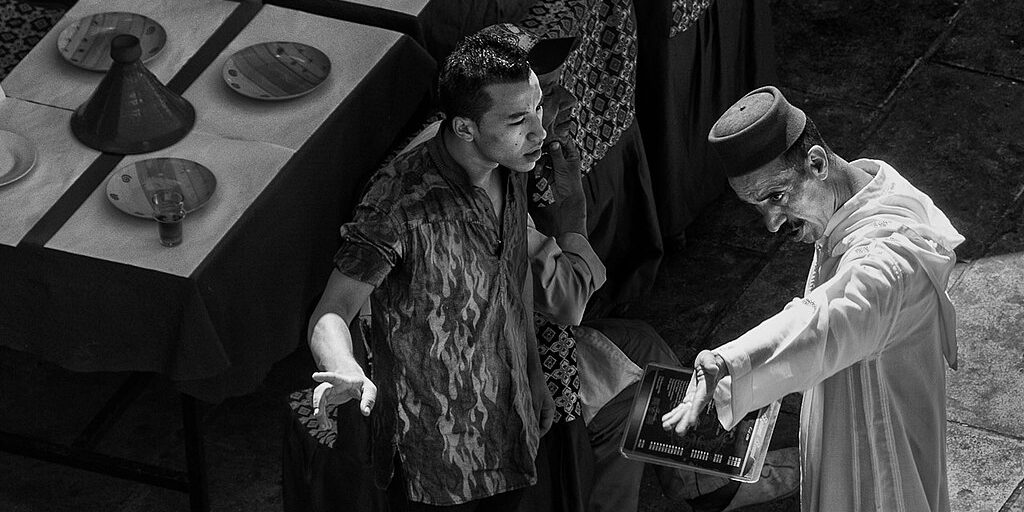 Graphic by Michal Huniewicz, CC BY 3.0

I didn’t say “debating.” I gave it some thought. Arguing is a broader category. True, much of that extra terrain doesn’t interest me. Who should have set aside the money for the gas bill is not what I’m talking about, although the principles I’ll discuss here could be applied to make either side in that tussle more effective in pressing his or her case.

“Arguing” connotes a scrappier type of interaction that “debating,” which suggests constructive speeches by each side, followed by rebuttals and closing — well, arguments. Or at least it suggests something close enough to that arrangement to indicate that goodwill is going to assume a higher priority than principle. Arguing is less structured than debating, although, with experience, one can see a contour to the exchange if it’s done well by at least one side.

The first requirement for being a world-class arguer is that one must relish being right. You must have no use for mercy until you have established the utter victory of your position over your opponent’s. Your utter conviction that your case is airtight will allow you to strategize on your feet, graciously grant tactical points where appropriate, all the while saving the best weapons in your quiver for moments you can foresee several steps ahead.

Only pick arguments that ennoble, sharpen and clarify. Don’t squander your skill and time on anything that’s not a hill to die on.
Generally, a question is a good way to bust a wrong assertion wide open. When presented with the declaration that health care is a right, for instance, I usually respond with, “How did people in the year 1300 exercise their right to a triple bypass?”

Do not waver. Just today, in a fine argument about taxation, my opponent launched the initial volley, a claim that conservatism has as its goal the concentration of wealth in a few hands.

“Can you please cite some canonical work of conservative thought that asserts that moving more wealth to the richest few is conservatism’s goal?” I asked. “One of Buckley’s works, perhaps? I don’t recall Richard Weaver, Russell Kirk, James Burnham or Michael Oakeshott asserting anything like that. If you can steer us to such a position taken by any universally recognized serious conservative thinker, I’d be interested in having a look.”

He wanted to deflect my inquiry and proceed on his own terms. I must say, he had an admirable grasp of Thomas Picketty-style macroeconomics, and could rattle off wealth disparity statistics with impressive wonkiness. The principle at stake for him was concentration of wealth due to the investment activity of higher-income people, and how that leads to “systemic instability.”

I was having none of it. “Why is ‘stability’ more important than everybody getting to keep what is theirs?” I asked.

I did digress just long enough to point out that income brackets and economic classes are fluid, with people moving in and out of them all the time. This is the kind of strategic move in which an idea that may come in handy for the illustration of a larger point later on is offered for consideration.

You occasionally get the chance to bluntly state your core premise, and that can have interesting consequences. At one point he asked me if an “I earned it; I get to keep it” position was more important to me than “long-term stability.” Talk about a wide-open eighty-yard touchdown pass. Still it was not time for an end zone dance. He pressed on with the wonkery.

Now, this particular exchanged stayed pleasant, but you must be prepared to deal with the juncture that appears all too often: the ad hominem attack.
Here’s where you can exercise a little graciousness. In fact, it’s necessary if that sweet moment of undeniable confirmation of your position is your goal. You don’t even have to acknowledge the trashing of, say, a public figure who champions your position (often the form such an attack takes) — or even of you. How thick of a skin does it take to ignore the silliness of someone who has run out of intellectual gas?

No, you stay on point, and if your opponent doesn’t come back in bounds, you’re close to the final vanquishing.

Maybe, like the tax-policy fellow, your opponent will try to swamp you with arcane data. I see this a lot in dustups over “climate change.” Be careful here. It doesn’t take long for arguments going off on this vector to turn into pissing matches.

Just remember that there’s a basic principle at stake, and that it’s disarmingly simple. In the case of climate, for instance, the task is to steer the argument back to the plain fact that humankind is not going to, en masse, drastically change its way of living and abandon the advancements of the last three centuries.

Arguments where matters of taste are involved, such as the relative merits of two musical acts or two movies, are a little trickier. You have to have given some thought to what your aesthetic standards are and why you arrived at them. General rule: leave your feelings out of it.

Arguing is one of the most exhiliarating activities humans can engage in. The moment of victory is akin to looking into the eyes of the kid on the playground as he realizes he’s not going to dominate you after some kind of testing. Perhaps you had to bring him to his knees, or render him prostrate. You know when his power to persist has been drained from him. Don’t gratuitously take it farther. In his heart he knows you were correct.

So help him to his feet, dust him off a little, and, if he’ll let you, shake his hand. And then send off into the world a fellow human being whose perspective has been widened and deepened a bit, and is thereby equipped to make yet finer contributions to it than before his mettle was tested.

This piece original appeared at Medium in December 2017.

Barney Quick writes for various magazines and website, plays jazz guitar in various configurations, and teaches jazz history and rock and roll history at Indiana University. He blogs at Late in the Day and writes longer essays at Precipice, his Substack newsletter.