Who is Nick Fuentes and Why is He Having Dinner with Trump? 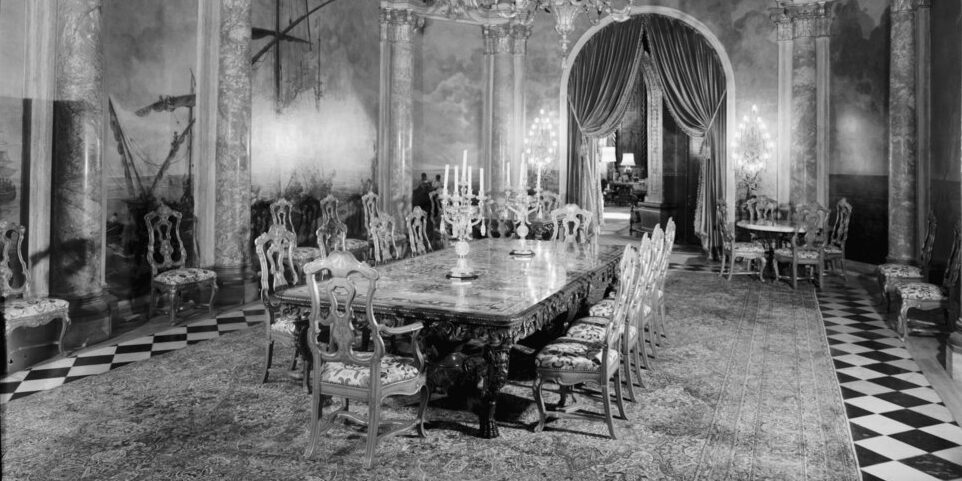 The dining room at Mar-a-Lago

Donald Trump made the news again over the weekend. The Former Guy seems unable to stay out of the headlines for long, and this time the attention that Trump received was not intentional.

On the Tuesday before Thanksgiving, Trump had dinner with Kanye West and Nick Fuentes. Of the two, Kanye is the most famous name, but if you’ve followed MAGA politics over the past few years, you may recognize Fuentes as well.

The first time I can remember becoming aware of Fuentes was in 2021 when he and Rep. Paul Gosar (R-Ariz.) attended a rally by his America First PAC. The congressman was criticized for attending the event, which was described as “white nationalist” in nature. Gosar initially distanced himself from Fuentes in the aftermath of the rally but has defended the controversial influencer as recently as September of this year.

So who is Nick Fuentes? He is a Boston University dropout who has broadcasted an “America First” live stream on the internet since 2017. The show has attracted a cult following among Generation Z. His followers call themselves “Groypers.”

Fuentes proved himself even too extreme for the new CPAC. After being snubbed by the conservative conference in 2021, he and his Groyper Army crashed CPAC and held a competing meeting where he promised to give “the most racist, sexist, anti-Semitic, Holocaust-denying speech in all of Dallas this weekend.”

This wasn’t an idle promise. Nick Fuentes has a history of radical statements on his show. These statements range from typical alt-right rants to white nationalism and Holocaust denial. In one of his most famous clips, Fuentes questions the Holocaust while comparing the Nazi gas chambers and ovens to baking cookies.

Him and his followers are scum of the earth and their bad faith, anti-Semitic attacks should be shot down by the entire conservative movement. pic.twitter.com/7wJ9S7Q6zv

“Six million cookies? Uh-uh. I don’t buy it,” Fuentes comments at the end of the video.

In another clip, Fuentes lashes out at the Jews who he believes runs America. Fuentes, who is of Mexican descent and a Catholic, says that there is a binary choice between Jews and Catholics in who will run the media, Hollywood, and the government. Fuentes says that all Christians should oppose Jewish domination.

In another recent segment, Fuentes openly sides with Vladimir Putin and the Russian forces invading Ukraine.

“We continue to support Tsar Putin in the war effort,” Fuentes opines. “We want to keep our brave soldiers in the white, blue, and red in our prayers and in our thoughts as they continue to liberate Ukraine from the Great Satan and from the evil empire in the world, which is the United States.”

White nationalist Nick Fuentes encourages prayers for the brave Russian soldiers who are fighting to "liberate Ukraine from the Great Satan and from the evil empire in the world, which is the United States." pic.twitter.com/RdVrXHCapn

That’s difficult to explain away regardless of the context.

Additionally, Fuentes has come out in favor of an American religious dictatorship because he realizes that his views are unpopular.

The @GOPLeader @kevinomccarthy @GOPChairwoman @gop are going to have to live with this @DrPaulGosar @repMTG fascist Frankenstein #NickFuentes #WhiteSupremacy pic.twitter.com/yB0IC5sdnU

Paul Gosar isn’t the only Republican to have associated with Fuentes. This year, only 12 months after Gosar was lambasted for speaking at Fuentes’s America First convention, Marjorie Taylor Greene showed up. Greene famously accused the Rothschilds of funding satellites that started California forest fires although she seems to have never used the term, “Jewish space lasers.”

Fuentes claims that he is not a racist or white supremacist and that he is only putting on a show. The truth is that whatever he really believes, he says racist and anti-Semitic things on his show.

In addition, Fuentes has a history of association with political violence. He was in attendance at both the Unite the Right rally in Charlottesville that turned violent in 2017 as well as the Stop the Steal rally in Washington on January 6, 2021. There is no evidence that Fuentes entered the Capitol, but his followers did. Insurrectionists carrying his America First flags were photographed both inside the Capitol building and elsewhere on the grounds.

From my limited exposure to Fuentes, “white supremacist” is a term that fits, but there are many labels that seem to be more descriptive. These include “anti-Semitic,” “Christian Nationalist,” “European supremacist,” and “fascist.” The term “fascist” gets overused, but it definitely seems to apply to Fuentes.

The big question is why Donald Trump is being seen with him.

In the wake of the dinner (I’m trying hard to avoid a “Dinner for Schmucks” reference), Trump went on Truth Social to blame Kanye, “who just happens to be black,” for showing up “with 3 people, two of which I didn’t know, the other a political person who I haven’t seen in years.”

Other reports say that Trump refused requests from his staff to disavow Fuentes after the dinner. So far, The Former Guy has only said, “I didn’t know Nick Fuentes” in response to the criticism. Per the Guardian, people close to Trump said that the former president did not want to alienate portions of his base by being critical of Fuentes.

That seems to be the case with a lot of Republicans. And that’s true of both Fuentes and Trump himself. Bad actors on the right are often deemed untouchable because criticizing them could draw fire on the more moderate elements themselves.

And the irony is that Nick Fuentes is no Republican. On January 6, Fuentes led a crowd in a chant of “Destroy the GOP!”

As quoted by Slate, Fuentes said, “As we gather here in Washington, D.C. for a second Million MAGA March, we’re done making promises. It has to happen now. We are going to destroy the GOP.”

So this is where the Republican Party has ended up. By throwing in its lot with the MAGA base, the GOP has now reached a point where many of its members are afraid to stand up to people who are openly calling for the party’s destruction if not sympathizing with them outright.

There are a lot of Republicans, probably the majority, who are not racist or anti-Semitic or pro-Putin, but if these people are afraid to condemn the folks on the right who are anti-Semitic and white nationalist, that says a lot about the party.

We shouldn’t have to know or care about penny-ante racists like Nick Fuentes. The only reason that he is on our national radar is that he and his Groypers seem to be popular with the MAGA wing of the Republican Party. Both Fuentes and MAGA should be returned to the obscurity that they so richly deserve.