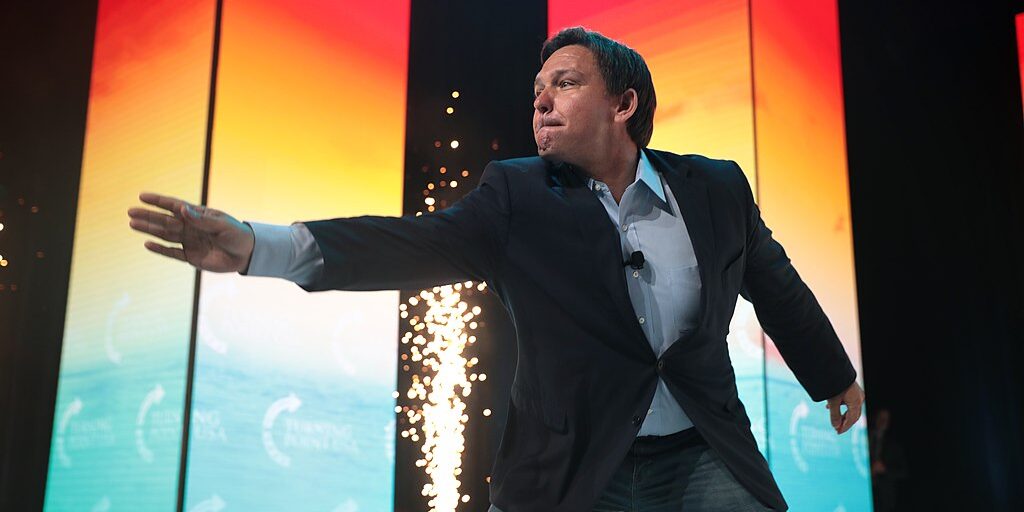 After this month’s midterm elections, variously rated somewhere between disappointing and disastrous for Republicans, the party finally seems to be ready to break with Donald Trump. At least some Republicans do. Quite a few members of the GOP are still stuck on Trump.

While I’m happy that more Republicans are realizing what I and many other anti-Trump conservatives realized years ago, the pending possible break with Trump comes with a downside. The problem is that two years before the election and more than a year before the first primary, the newfound Trump critics have already decided upon a successor to The Former Guy.

The new purported savior of the Republican Party is, of course, Ron DeSantis. Where Trump’s MAGA candidates across the country took a beating on Election Day, DeSantis beat his polls and won a landslide reelection victory. If Trump can no longer deliver votes for Republicans (and whether he ever could is an open question), then maybe DeSantis can.

DeSantis was popular among Republicans even before the election, but now a large share of the party has decided that the Florida governor is the next Chosen One. Suddenly DeSantis is rivaling The Former Guy in polling for the 2024 Republican primary and his name is on the lips of Republican pundits across the airwaves and the internet.

DeSantis supporters, most of whom were Trump supporters a few months (or weeks) ago, now have a new line. That new line is that if you don’t support Ron DeSantis then you help Donald Trump.

Sorry, but I’m a bit skeptical of both the motives and the judgment of the people making these claims. It was only two years ago that most of the people expressing this view were making a similar argument that conservatives had to back Donald Trump in the 2020 presidential election (not to mention 2016). I’m old enough to remember that they locked out primary challengers to the then-president in 2020, saying that opposing Trump would only help the Democrats. We know how that turned out.

The weird thing about the new Thou Shalt Not Speak Ill Against DeSantis movement is that DeSantis is not even running for president yet. We all expect the governor to run, but we don’t know for sure that he will. But maybe at the very least, we should wait until he enters the race before we pledge our undying devotion to him.

Or maybe we should let the voters decide first.

There’s a pretty strong case that the primary system has been a failure and that we should go back to candidates picked by party bosses rather than by the voters, but for the moment, selecting nominees is left up to the voters. Further, with MAGA Republicans firmly in control of today’s GOP, if the party establishment picks a candidate, it will be Trump. Right now, the choice is up to the voters and that is probably a good thing.

We are only 13 days out from the midterms and the 2024 primary schedule isn’t even set. We don’t know who else will run. Maybe the voters won’t choose either DeSantis or Trump. I’m intrigued by other Republican governors such as New Hampshire’s Chris Sununu and Georgia’s Brian Kemp. Maybe Republican primary voters won’t be as taken with DeSantis as the Republican Twitterati is.

And coronating Ron DeSantis two years out from the election might not do the candidate any favors. Sure, it would spare him at least part of a bruising confirmation fight and reduce the chance of numerous candidates splitting the nonTrump vote, but primary campaigns are an important part of vetting candidates. In a head-to-head primary battle between Trump and DeSantis without other candidates, stones might be left unturned that could surprise Nominee DeSantis in the general election.

And DeSantis does have serious weaknesses. Some of the Florida governor’s past policies could be both a strength in the Republican primary and a weakness in the general election. For instance, Republicans loved DeSantis’s laissez-faire COVID policies, but those policies cost many lives and moved Florida up to twelfth place in per capita COVID deaths. That record might not be popular with the country at large.

Gov. DeSantis’s policies have also resulted in a string of legal defeats. Last week, a federal judge blocked DeSantis’s Stop WOKE Act, likening the law to 1984 and calling it “positively dystopian.” Another federal judge ruled DeSantis’s anti-riot law, passed in the wake of the BLM riots, unconstitutional in September. In May, a panel of three federal judges struck down DeSantis’s attempt to regulate social media. The Florida government’s attacks on Disney also seem to be unconstitutional although the entertainment company has not sued. A common theme in many DeSantis policies is a lack of respect for the First Amendment.

While the laws and policies that were the focus of these cases are mostly popular among Republicans, some voters may ask themselves why a Harvard-educated lawyer would sign such blatantly unconstitutional bills. They might also want to ask whether these policies that were aimed at pleasing the Republican base would be popular with general election voters. In the aftermath of the midterms in which popular Republican candidates went down in flames, that question should be very relevant. At the very least, DeSantis should have to explain and justify his actions as governor to more moderate voters.

And appealing to moderate voters is what Republicans need to do if they want to turn their electoral fortunes around. But can Ron DeSantis pull it off? His landslide victory this year may be less than meets the eye in a state that has trended more and more Republican in recent years. In another statewide race this year, Senator Marco Rubio also won re-election by an almost identical margin.

Finally, there are also indications from Republican insiders that DeSantis lacks the charisma that may be needed to seal the deal with voters. Even if DeSantis’s policy ideas are popular, many voters won’t vote for someone they don’t like and they may find the governor’s personality to be off-putting.

A big part of why the Republican Party lost its way over the past six years is that the party didn’t want to question or criticize its leader. Now, they seem prepared to make the same mistake all over again with a new idol.

I’m not saying that I’ll definitely vote against Ron DeSantis. In 2024, I plan to vote for some Republican candidate against Donald Trump, but I’m not going to blindly follow the crowd from the Trump train to the DeSantis bandwagon. I’ll look at the options, including DeSantis, and carefully consider which one to support.

As in years past, I’ll consider a version of the Buckley Rule, the strategy of voting for the most conservative (as opposed to the “rightwardmost”) and electable candidate. To earn my vote, DeSantis will have to convince me not only that he is electable, but that he is trustworthy and a limited government conservative. So far, I’m not sure that he is.