I’ve long considered it ironic that Apple, Samsung, and others spend incredible amounts of R&D to make smartphones as thin and gorgeous as possible, and then after we purchase them 80% of us immediately slap rubber and plastic on it.

Apple wants us to cut that out:

I confess I’ve been on this crusade far longer than Apple.

In the earlier days of iPhone cases, these words came to mind: “Putting your iPhone in a case is like buying an Audi, wrapping it in rubber and painting flames down the side of it. It’s like going to a three-star Michelin restaurant and asking for ketchup. It’s like going to church, chewing gum, and blowing bubbles at the priest.”

I feel that Apple is finally joining my one-person cause.

Okay but phones with cracked screens also ring. That’s not all that reassuring.

The first phone I got that boasted that it didn’t need a case was the Samsung Galaxy S3. The screen had a crack within a month when I dropped it on our wooden deck. The thing is that when I dropped it, I didn’t even drop it on the screen. It hit on a corner but the screen cracked. That’s not actually a surprise, though. The force of the impact of a phone revebarates through the device and the place that is going to crack is most likely the weakest part of the casing. That’s usually going to be the screen.

Back in the day I never actually had to put a case on my phones. That was when they had keyboards. The thing about the phones with keyboards is that there were all sorts of places for the vibration to go and walk itself off without cracking the screen. Not a single keyboarded phone I have has a cracked screen. That’s not a coincidence. Once the keyboards went away, though, you started getting into tigher more singular designs. Once you did that, the vibration has nowhere to do but to the weakest point.

LG, I think, figured this out at some point. They don’t brag that their phone won’t crack. They just engineer it so that when it does it will as likely as not crack on the back instead of on the screen. A while back I got Clancy a backup phone that was ready to be activated in the event that she lost her regular phone while working in New Mexico. It was dirt cheap because of all of the casing damage. But notably, all of the casing damage was in the back. 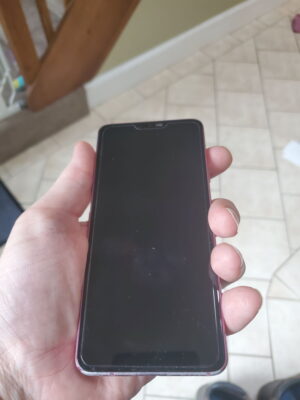 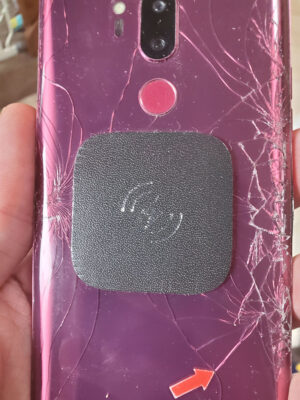 The screen is perfect and the back is an absolute mess. I could be convinced that’s just a happy accident, but it’s a common phenomenon. 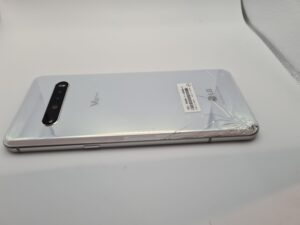 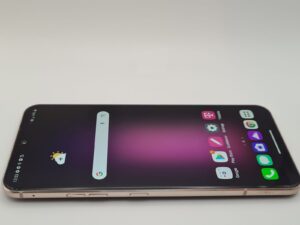 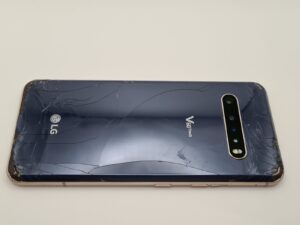 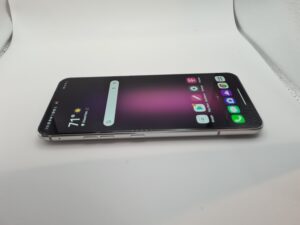 Now Apple, of course, wouldn’t exactly advertise that the back of the phone might break so I assume they don’t do this. Maybe their casing really is indestructible somehow but I doubt it. Again, all of that vibrative energy has to go somewhere and Apple Engineering seeks to eliminate any looseness that might absorb it.

So I dissent and say “embrace the case”. For Apple and Samsung products there is an endless array of cases to pick from. For other makers like LG, unfortunately, there aren’t. LG is out of the business, but similar companies like Motorola should seriously consider making cool cases so that you can wear your phone safely with style.