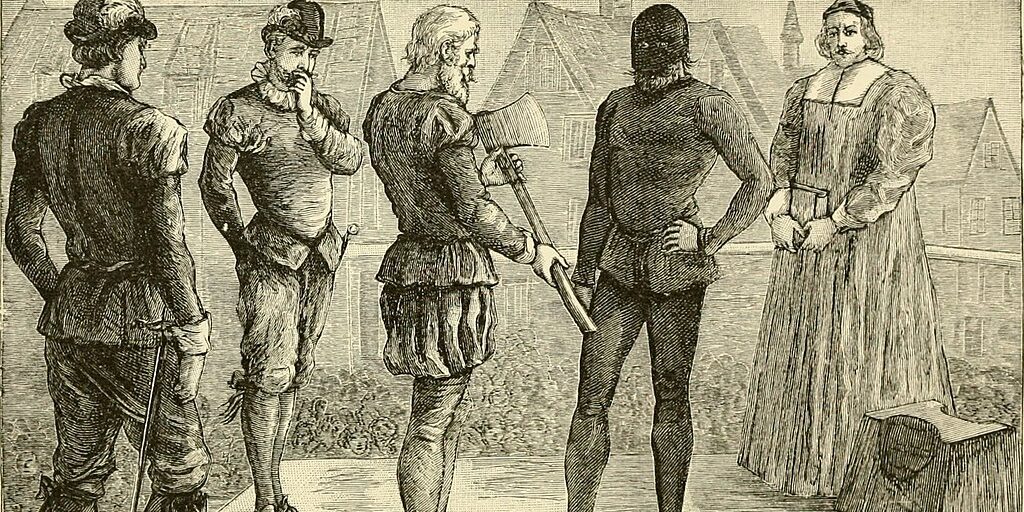 We know him as Sir Walter Raleigh in daily life but he was haphazard with his spelling over the course of a lifetime. The earliest I can find reference to is “Rauley.” That was in 1583. In 1587 he signed his name as “RawleygheM” which one web site claims, without offering support, was the proper spelling. I have no idea what the “M” is all about but I’ve discounted it as being a typo as it’s written that way on several websites and I’ll do the authors of those websites the courtesy of not assuming that one copied and pasted from a site which copied and pasted from a site ad terminum allowing an error to cascade from obscurity to life. For the record, I copied and pasted but at this point if there is damage to the historical record it’s done.

I went with Ralegh because that’s the way he spelled it most commonly during the public period of his life and that’s the way it’s spelled in my 9th grade issued copy of The Norton Anthology of the English Language, but enough about poet-related matters. It’s time to celebrate the latest P.O.E.T.S. Day.

Piss Off Early, Tomorrow’s Saturday. Roll up your sleeves and get to work. Not real work, of course. That would be counterproductive. Get hustling on a plan to slip away from the nine to five around three or whatever time you deem proper to begin your weekend and make no mistake, it is your weekend.

You can keep the plan as simple as you like. Depending on your standing with the higher ups and your productivity for the week you may get away with something as basic as telling your boss that you have to take a friend to the airport later in the afternoon. There’s a good chance of that working, especially if you bring it up after lunch and act surprised and apologetic insisting that you “Didn’t think it’d be a big deal,” if there’s an issue.

Of course, simple may have a high probability of success but it’s not nearly as much fun as needlessly complex and improbable. Successfully execute an absurd escape and the wings taste spicier, the beer tastes more local and craftier, and happy hour becomes exultant hour.

I think telling everybody about a dream you “had” the night before would be fun. In the dream there was a race around the office as everyone scrambled for the last bag of coffee grounds and some jackass Uber Eats driver kept yelling because no one would own up to ordering all the tacos he was trying to deliver. Throw something confusing about a small explosion in the break room and a professional boxing match in the parking lot whose winner lays claim to your every other toe and puts them inside his Raggedy Anne doll. Keep talking about how weird it was and make sure the dream details are known by as many as possible.

The coffee part is easy. Go in a few minutes early and take all but one of the filters and hide them somewhere. No, you are not out of coffee, but you can joke about the real-world/dream similarities. Later in the afternoon the pizza and cans of soda you ordered arrive, but alas you gave only the company name so when nobody fesses up to calling for delivery you can drop “at least it’s not tacos” into the conversation. Volunteer to pay for the pie and drinks and carry them into the break room. While alone you have to shake the hell out of one of the cans before leaning out the door and inviting everybody in for a slice. Pass out the cans of carbonated goodness and boom, one of them explodes all over the break room. Hopefully you don’t have to say anything at this point but if you do, let it hang. “Was that an…”

Someone is going to want to know if there’s something at all resembling pugilism in the parking lot and will walk toward whatever window overlooks it. People will follow. And they will see… nothing. If everything came close to true as predicted the situation would be more ridiculously suspicious than your co-workers already suspect it is. That said, I’d leave a box of matches right outside the front door near the lot in case the urge is to go outside rather than look out a window. Maybe someone will notice it later on their way out.

Now you start looking worried. “What the hell is going to happen to my toes?”

You’ll get a lot of “It’s just coincidence.” and “You’re going to be fine.” Don’t take that. Be in a panic. By all outward appearances you are thinking only about your little piggies. You need to get out. Now. Even if it just turns out that your foot gets stepped on you aren’t sticking around to chance it. Don’t allow time for reasonable people to be reasonable. Grab your stuff and go. You are now free to move about the weekend.

Speaking of coincidental, today’s poem by Sir Walter Ralegh or Rauley or whatever was written circa 1600. It’s a simple sonnet form of familiar iambic pentameter with a/b/a/b/c/d/c/d/e/f/e/f and a g/g at the end to act like an airfoil and keep things grounded.

It’s written to his son expressing that same old parental saw of “Hope you don’t get hanged and killed, there kiddo.” If I’ve said in once…

It was a warning rather than a prediction, but were it a prediction it almost did come true eighteen years after it was penned. Writes Sir Walter Ralegh: “Then bless thee, and beware, and let us pray/We part not with thee at this meeting day.”

I think it’s clear that parting meant the loss of the son by the parent by hanging. “We” were parted so the poem can claim prescience in that regard but it was dad that was executed by the hand of an apparently dawdling axman (Sir Walter Ralegh’s reported last words – “What dost though fear? Strike man, strike!” — were to his executioner.)

Sir Walter Ralegh to His Son

Three things there be that prosper up apace
And flourish, whilst they grow asunder far,
But on a day, they meet all in one place,
And when they meet, they one another mar;
And they be these: the wood, the weed, the wag.
The wood is that which makes the gallow tree;
The weed is that which strings the hangman’s bag;
The wag, my pretty knave, betokeneth thee.
Mark well, dear boy, whilst these assemble not,
Green springs the tree, hemp grows, the wag is wild,
But when they meet, it makes the timber rot;
It frets the halter, and it chokes the child.
Then bless thee, and beware, and let us pray
We part not with thee at this meeting day.