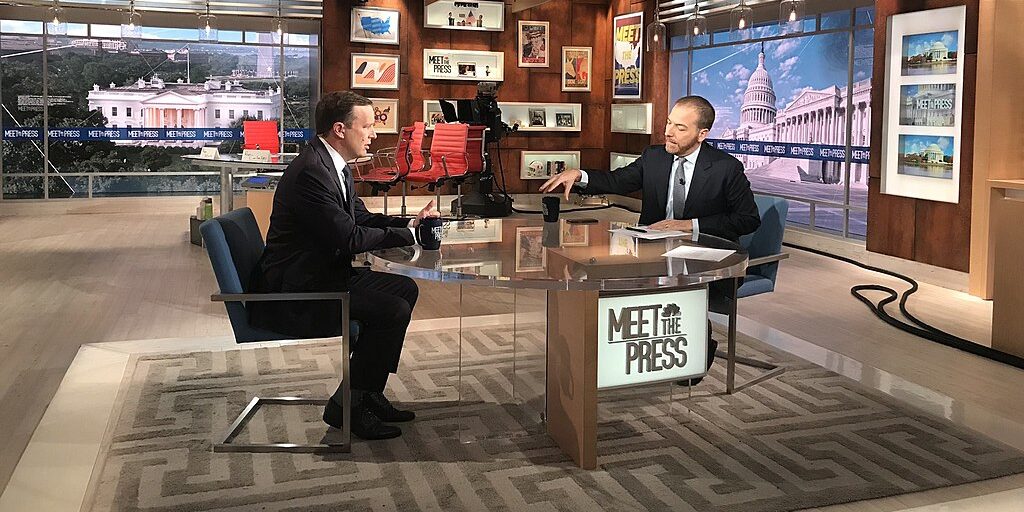 To do what we do as far as producing output for writing, media, and commentating on culture and politics — or at least to do it half-way responsibly — one has to do a large amount of intake. Consuming breaking news, headlines, analysis, is all part of the gig. Someone long ago told me the prep ratio should be a baseline of 3-to-1, three times more in than the one thing you produce out. Since my brain doesn’t function right my ratio for writing, radio, and media hits is usually a lot higher than that, but I love the grind of such things and tend to overprepare. I consume massive amounts of print news, news media, featured writing, trending stories, on and on and on…

Except for the Sunday morning talking head shows. I’ve completely cut Sunday shows out of the rotation and Sunday morning has been fully reclaimed as mine. And I’m not alone:

For decades, Sunday morning’s Big Four — NBC’s “Meet the Press,” CBS’s “Face the Nation,” ABC’s “This Week” and “Fox News Sunday” — were an integral part of the Beltway news ecosystem. Leading political figures, hungry for the big soapbox and establishment cred the shows conveyed, clamored for bookings and sometimes made agenda-setting news.

The conventional wisdom was that no pol could launch a viable presidential campaign without first passing “the Russert Primary,” a lengthy grilling by the late Tim Russert on “Meet the Press.” In their day, Bob Schieffer and David Brinkley commanded similarly powerful positions as moderators on what insiders liked to call “Face” and “Week,” respectively.

Washington’s most newsworthy VIPs once scored bragging rights by achieving what became known as a “Full Ginsburg” — an honorific named for William Ginsburg, Monica Lewinsky’s lawyer during the scandal leading up to President Bill Clinton’s impeachment, who set a new standard for media exposure by appearing on five major Sunday news broadcasts on the same day.

But while the four most highly-rated shows still reach a relatively large audience — a combined average of about 9.3 million per week over the past year — there’s not nearly as much clamoring. Producers of the programs acknowledge that they often struggle to book the people who were once regulars in the greenroom on Sunday.

The programs’ shifting fortunes tell a tale about the changing media landscape, and about politics, too.

Political leaders now have multiple opportunities to deliver their message — cable-news live hits, podcasts, talk radio, social media — and they don’t have to wait until Sunday.

Add to that pile the recently futured endeavored Brian Stelter over on CNN who saw out the end of Reliable Sources‘s 30 year run, having turned the program into a show that mostly covered what other programs covered about what had already been covered by other programs.

But therein is the core of the Sunday show problem: There is no real reason bullet point sales pitch reason to watch them outside of the habit of doing so. Anything newsworthy from them is going to be in my Twitter feed moments after it airs and without having to sit through it. The Sunday shows have become the on-air newspapers, with the same fundamental problem daily print journalism has been wrestling with in the smart phone era: how do you monetize yesterday’s news that folks already heard?

The Sunday shows were where the interviews were more in-depth, panel discussions were more substance than sizzle, and the overall idea was to be sort of the longer end note to the weekly nightly news. Problem now is, newsmakers have already done their own media releases on social media, appeared remotely on the same topic, and probably hit up a podcast or two between whatever happened during the week and the Sunday shows. Doing the “full Ginsburg”, the nomenclature for a guest to do all the network Sunday shows, used to mean big news. Now:

Washington’s most newsworthy VIPs once scored bragging rights by achieving what became known as a “Full Ginsburg” — an honorific named for William Ginsburg, Monica Lewinsky’s lawyer during the scandal leading up to President Bill Clinton’s impeachment, who set a new standard for media exposure by appearing on five major Sunday news broadcasts on the same day…

The smaller audience creates a kind of self-perpetuating downward cycle, said another former TV executive: Leading political figures have less incentive to show up, creating fewer compelling interviews and thus even less incentive to watch. (When Democratic Sen. Joe Manchin III of West Virginia achieved a Full Ginsburg this summer, it barely made a ripple in Washington.)

“It used to be, if you were Sen. X or Y and you had big news on Wednesday, you kept your mouth shut until Sunday,” said this individual, who asked not to be identified to preserve relationships with former colleagues. “Who does that now?”

But the guests are the symptom, not the problem. TV news is a business, first and foremost, and the audience dwindling is problem number one. The audience that still wants what the Sunday shows have always been is now smaller, and all the Sunday shows are vying for that same, receding pool of viewers. I, someone who spends unhealthy amounts of time consuming news for his various endeavors, am exactly the audience Sunday shows should be aiming at. I don’t watch for a very simple reason that Sunday shows, and broadcast news in general, will have to navigate to be successful: Newsworthy rarely happens on the Sunday shows, and in the rare instance it does, Twitter will tell me all about it at my convenience.

The Sunday shows are openly talking reinvention, which they should be, but they’ve been talking about that for years now. There is the late night show route, where the once mighty perches of Carson, Letterman, and Leno have leaned into the new media environment and figured out that they are mostly now platforms for creating internet clips for social media moments. There’s the brawl-for-all model that sports talk and some news networks have gone to of cranking up controversial personalities and hot takes. Maybe some enterprising Sunday show will go full College Gameday, the ESPN traveling media circus that broadcasts from a selected campus before a big college football game, chasing the big story of the week with a live audience holding signs and chanting in the background. Imagine the fun of the Sunday show panel in front of different statehouses or breaking news locations.

That could be fun. At least it would be entertaining. Different is badly needed and would at least shake up the format. Might even learn something new with everyone outside their sanitized studio environment.

Or maybe, just maybe, some things just run their course and it is time to not have that thing anymore. You don’t have to kill the tradition, just move it over to streaming or on demand, or YouTube, or whatever. But tradition for tradition’s sake never really works out well, and in the tv and media business, usually means whoever hangs on too long to the old way of doing things winds up futured endeavored themselves.

Meanwhile, there is sports, farmer’s markets, church, family stuff, a mountain of laundry, and plenty of other things to occupy my Sunday morning time. The rest will wait till Monday. Besides, if anything really important happens on a Sunday show, Twitter will let me know.