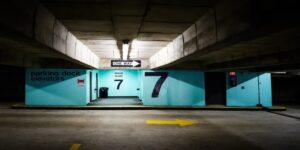 In our Leaguefest DM group, then later at Leaguefest, Em referred to us as her “imaginary friends” and the term stuck.

Leaguefest was, as far as I am concerned, a smashing success! We will almost certainly do it again. We ate some great food, saw some museums, and a good time was had.

But rather than talk about the museums or the food, I want to talk a bit about the friendship.

My plans on Sunday were a little vague going into it, but the outline of the day was set. Wake up, get the car out of the hotel parking lot, eat breakfast, go see Hamilton, eat an early-ish dinner, and drive home.

I woke up and made my way to the garage and everything went wrong.

It barely tried. No matter! I brought a battery pack and jumper system for just this event!

It did start. Then after two or three seconds it died.

The gas gauge was suggesting that in addition to the battery problems – or perhaps instead of them? – I had run out of gas. I knew that I was on the low side but had no idea that I was <em>that</em> low. But I could also see it happening. At this point I was mostly embarrassed. Kolohe took a picture of a jumper cable and gas can and asked if I needed some help. Greg and his wonderful wife skipped breakfast to come to the rescue and drove me around until we found a gas can and some gas.

It started again. Then after five seconds it died.

This time it at least gave an indication, because it was on for a good four seconds. Enough to see that it had a good quarter of a tank of gasoline left. Then the gas gauge fell to zero and the car shut odd. So it wasn’t strictly a battery issue or a gas issue. I was, at least, absolved1. The car itself done broke.

But it done broke in a parking garage. On the Sunday before Labor Day. And during Leaguefest, no less! But Leaguefest is not yet a nationally recognized holiday and so it was mostly the Labor Day and Sunday that meant that getting help was going to be a challenge. There was no way I was going to have all of this lined up in time for me to go see Hamilton, so I decided that the car would just have to wait. 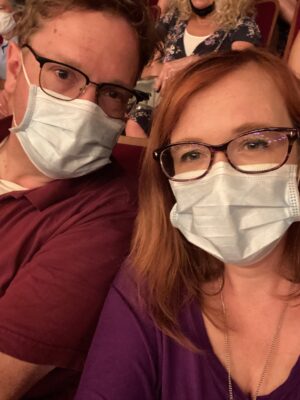 Hamilton! We enjoyed it. I am wearing a polo shirt because my nicer shirt smelled like gasoline.

Everyone was cool about moving dinner towards eight. Since I hadn’t been able to do anything as far as making reservations go, Kolohe stepped up and picked the place and made the reservations.

I’m going to skip most of what happened after with AAA (their automated appointment system needs more clarity), the tow truck guy (he was legend), and the hotel and parking staff (sympathetic but not able to help) as this is about the Ordinary Times community. Kolohe picked me up from the repair place and we went and we all went to eat. Afterwards, I drove Kolohe home and drove his truck back to West Virginia. Kolohe would later pick up my car and I would drive to his house and we swapped.

Most of this is a terrible no-good-very-bad-day story, except that it wasn’t that bad because everybody involved with Ordinary Times was there to help.

Now, I’ll be honest: DC was chosen for this Leaguefest in part because it was the easiest location for me personally. Em drove several hours and Greg flew across the country. The goal was to spend time with new people and see museums. Not go lugging me around. But as soon as the problems started occurring to me people were offering to help in ways that it never would have even occurred to me to ask. And in a way that’s not surprising. Because, whether we’d all met or not, this was a congregation of friends. And when friends need help you try to think of ways to help.

Whether we do it again next year or the year after, I hope that a lot of you can make it. Next time around we will start the planning with far more advance notice so there will be more time for people to make arrangements. I really enjoyed meeting long-time friends for the first (or second) time, and I hope to meet more of you.