Now, as someone who plays a lot of games with the tag “boardgame” on Steam, this is also a game that I’ve seen recommended by the algorithm there. So I looked up Wingspan on Steam. Very positive reviews, very positive recent reviews… and it was 40% off. Okay fine. That pushed me over.

So I booted it up and went through the tutorial.

First off: You will need to go through the tutorial. The game is fairly complex and isn’t yet another Parcheesi variant. (You know what I’d compare it to, actually? Magic: The Gathering.)

The Steam version is downright gorgeous, though. Let’s walk through some stuff:

First off, the game is GORGEOUS.

Seriously, it’s calming to just sit and look at it. 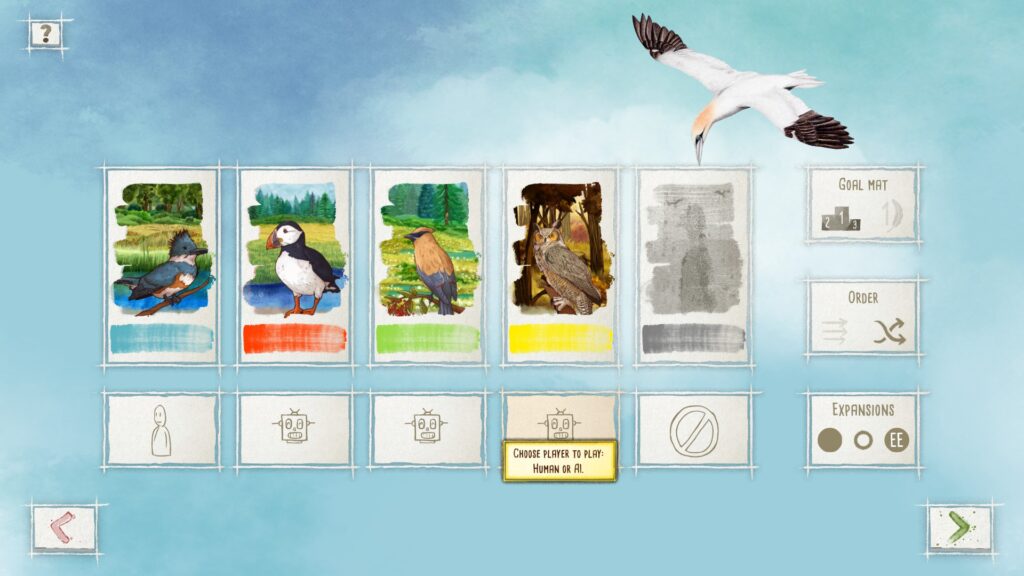 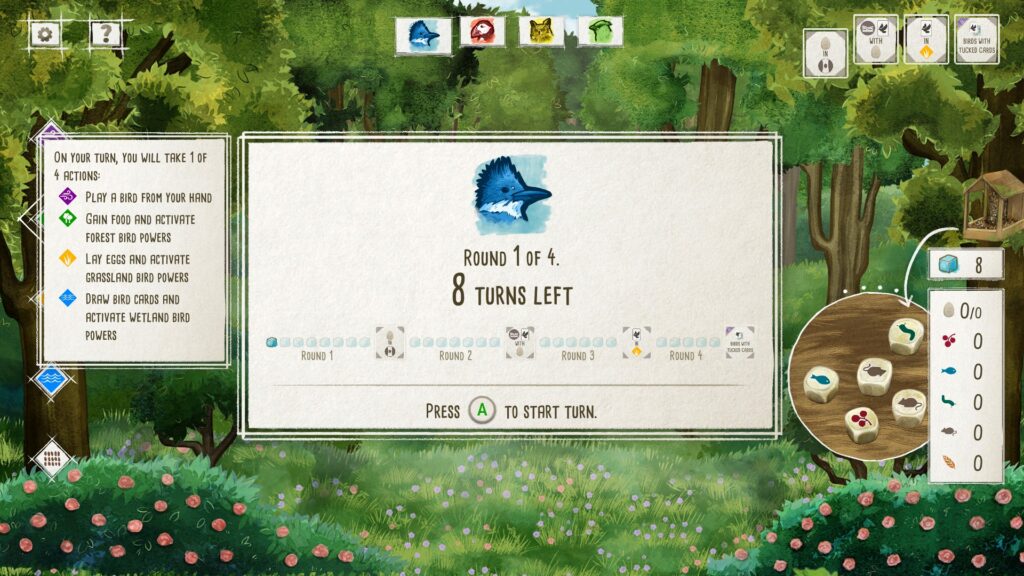 You need different kinds of food to cast your bird and you need to have the right kinds of food available in the bird feeder. (If you have only fish and rodent-fed birds and nothing but wheat in the feeder, you’re going to have a bad time.) 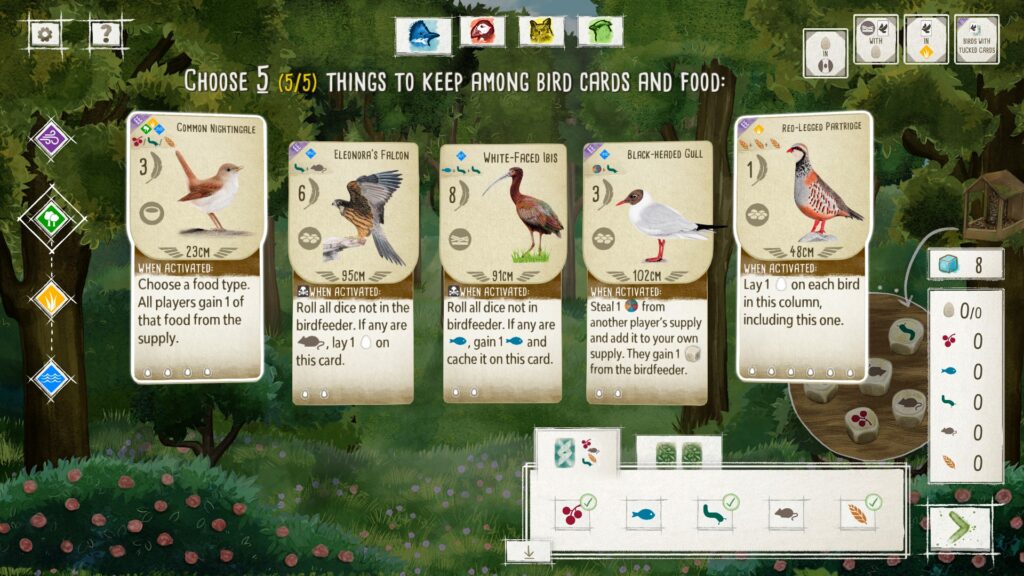 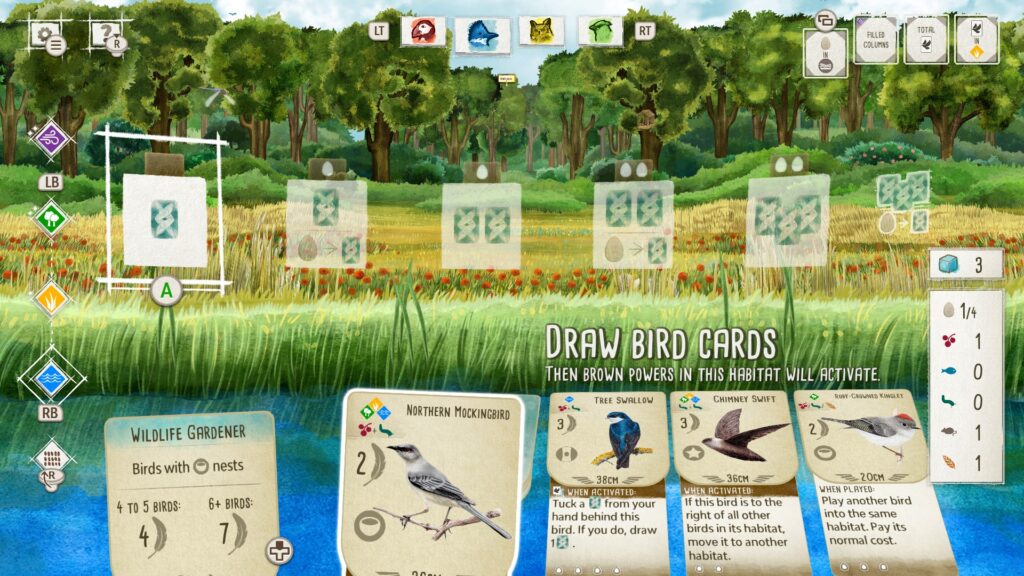 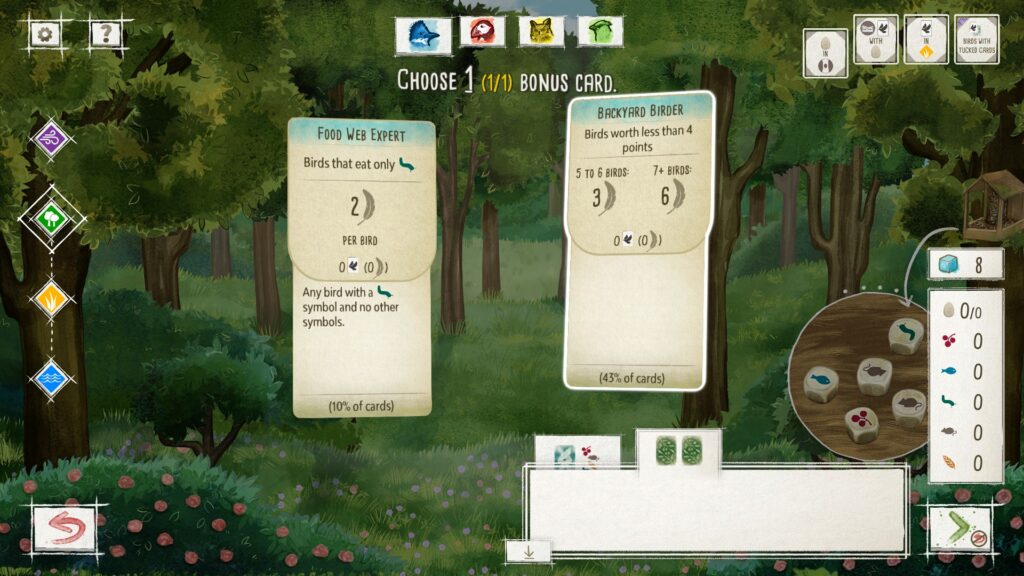 And then, at the end of the game, most points win.

It’s kind of an engine game. You need birds to make birds. And, of course, you need the right birds. But the food dynamic makes me think of Magic: The Gathering. “I need bug mana and wheat mana to cast this bird… oops, I don’t have enough egg mana.”

It’s a beautiful game to look at, it’s got some complex mechanisms in there for the hardcore gamers in your group to chew on, and the theme is actually a nice one instead of one involving zombies or explosions or global pandemics. And, if you’re playing the Steam version, the game will give you information about the birds you play. Hummingbirds eat small insects! Huh. I did not know that.