The Trump Raid and the Case for Cautious Optimism 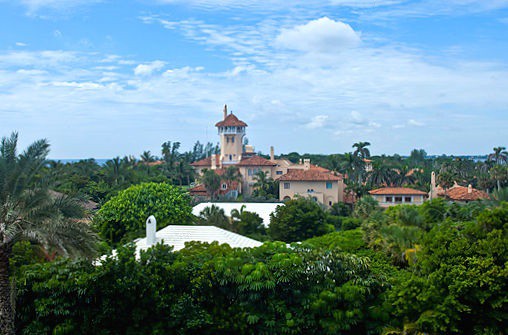 Monday night was a potentially watershed moment in the age of Donald Trump, which we are still living in eighteen months after his departure from the White House. Federal agents executed a search warrant on Trump’s Mar-a-Lago estate. They were looking for classified material that they had reason to believe Trump had taken from the White House. Numerous observers have emphasized the severity of such a search warrant, noting the fact that it came from a federal judge and not a lower-level state judge.

The debate on Tuesday was ostensibly about rights, the rule of law, and the conduct that would have led to such a historic raid. But behind all of these debates is one simple question: will the 45th president go to jail? A jail sentence would obviously disqualify Trump from ever becoming president again. Liberals would feel an enormous sense of catharsis at watching Trump finally face justice for decades of illicit behavior, both criminal and boorish. Many conservatives would also secretly rejoice, knowing that Trump will fuel the opposition more than any of his current Republican competitors.

Trump does look closer to jail time than he has at any point in his entire life. But Democrats have been here before with James Comey, Rod Rosenstein, and Robert Mueller. Trump opponents should be careful to make sure they are looking at all of the ways the prosecution could go wrong before cheering for the one way it could go right.

The conduct of prosecutors is one of the most considerable boundaries that remains for opponents of the 45th president. Prosecutors are human beings. Like all other human beings, they waver most in situations of high pressure when the smallest mistake could lead to a catastrophic failure. The exploits of John Durham, special counsel for Republicans eager to discredit the Trump-Russia investigation, are a case in point. Durham’s attempted prosecutions have met with failure after failure. He is a laughing stock to millions of Americans who know nothing of his career prior to 2019.

Durham obviously had less to work with than a Trump-focused prosecutor. But the pressure on that prosecutor would be much greater than any pressure Durham has ever faced. This person would be the subject of the national news every night, with every one of their actions analyzed under a microscope for months on end. Their job would almost certainly be in jeopardy if Trump secured a second term. Half of the country would see them as a savior and the other half a political tool.

Along with fallible prosecutors, the other key obstacle to a Trump prosecution is the calendar. The aforementioned scrutiny that Trump-targeting prosecutors will face will balloon once Trump announces he is running for president in 2024. The nation’s focus will turn towards the election, its candidates, and the prospects of a Democratic victory by default if Trump is found guilty. Prosecutors and FBI agents often try to avoid any appearance of meddling in elections. This fear led the FBI in 2016 to postpone a full investigation of Trump’s dealings with Russia until after the election. If the process slows down or early leads fizzle out, it is entirely possible that prosecutors will decline to take action until after the election, in which case Trump will only face any legal consequences if he loses.

The Trump search warrant will obviously gin up excitement among opponents of the former president. It is the largest development in this investigation in years. But it is far from an indictment and even further away from a conviction. Democrats need to avoid the perennial trap of thinking this news story or that new hero will save them from the Trump menace. Trump may still go to jail. But it is more likely that he will need to be defeated at the ballot box first.