This is a developing story and details will no doubt continue to come out, but the FBI has executed a search warrant on Mar-A-Lago, former President Donald Trump’s primary residence in Florida. Initial reports are that the Mar-A-Lago raid investigation is related to classified documents removed from the White House illegally.

The FBI executed a search warrant on Monday at Donald Trump’s Mar-a-Lago resort in Palm Beach, Florida, the former President confirmed to CNN.

Trump declined to say why the FBI agents were at Mar-a-Lago, but the former President said the raid was unannounced and “they even broke into my safe.”

“My beautiful home, Mar-A-Lago in Palm Beach, Florida, is currently under siege, raided, and occupied by a large group of FBI agents,” he said in a statement.

Trump was not in Florida at the time of the raid.

The Justice Department declined to comment, as did the White House.

Former President Trump “>released a lengthy statement on the raid, which he was not present for: 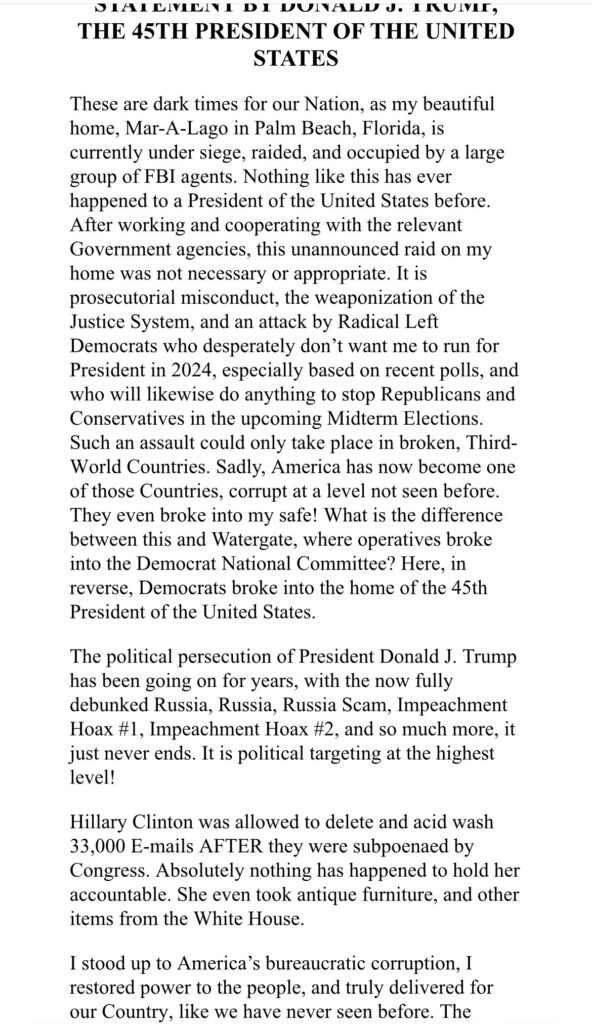 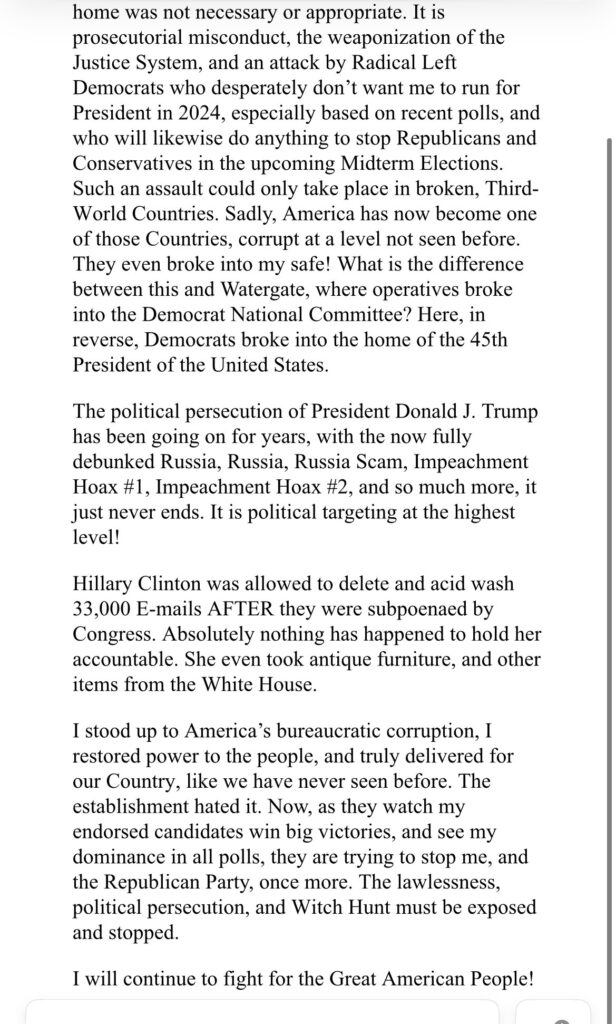 Story will be updated as necessary.