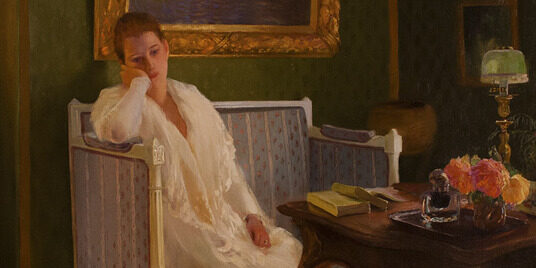 I’ve been reading Forster’s “Aspects of the Novel” because, against my better judgment, I’ve been busy in recent weeks completing the first draft of a novel, as well as working a few part time jobs in NYC. (Friends worried that I wouldn’t find a job here; currently, I have three!) And so, I’ve been thinking about how to get make believe people to do things and make it plausible that they would do those things. I’ve said before that a fictional story is like a terrarium: you make a world and fill it with whatever fits and then stick in characters and see how they interact with that world. Maybe give them a few complications to make things interesting. Hopefully.

You can give characters things to do that are implausible, of course, but it helps a lot if there’s at least some sense of their motivation. And it’s tricky because, as individuals, we often don’t know just what our motivations are. The psychological novel often hinges on people who don’t know why they do the things they do written by an author who knows exactly why they do these things. Now, whether the author will lay their characters’ psyches bare for us is an open question. It seems to me that many American writers follow Ernest Hemingway’s “iceberg theory” in which we only know a little about what’s going on beneath the surface. This can be highly effective: think of Hemingway’s story “The Killers” where we never quite know why the ex-boxer is resigned to his impending death. Hemingway recalled: “That story probably had more left out of it than anything I ever wrote.” It works.

This week I read Guy de Maupassant’s most famous novel “Pierre and Jean,” which doesn’t leave anything to the imagination in terms of what’s going on in the mind of its main character, yet remains compelling. Maupassant was a master of the short story and this one’s simple enough to be a fable: a lower bourgeois family with two competitive brothers, a bored mother, and boring father lives by the sea. One day, they receive word that an old family friend has passed away and left a large inheritance to the son Jean. This, understandably enough, arouses the jealousy of his brother Pierre. However, the pain becomes acute one night in a pub, when a woman of easy virtue comments to Pierre that the two brothers don’t much resemble each other. He starts wondering if his brother really bears any resemblance to his father. Would this explain the inheritance? Was the deceased family friend closer to mom than anyone knew?  Before long, Pierre’s obsession compels him, deranges him, and threatens to destroy his family. 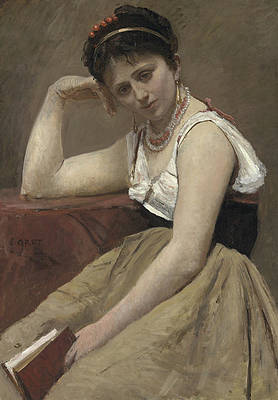 So, on one hand, the story is a twist on the typical tale of sexual obsession: here, it’s the son rather than the husband who is obsessed with the chastity of the wife. The father here is just another in a long line of bourgeois cuckolds in nineteenth century fiction. It’s striking reading the literature of the era how often the theme arises. One gets the impression that, prior to paternity testing, patriarchal civilization was largely centered on minimizing the chances of questionable paternity. Minimizing but not completely eliminating. For the wives, who married young, adultery is often treated as a feeble attempt at breaking the chains of patriarchy that usually ends badly. Maupassant was apparently obsessed with questionable paternity as well.

On the other hand, it’s the larger story of needing to know forbidden knowledge even if it’s ultimately self-destructive, which goes back at least to Prometheus. Western men always need to know, even when they should maybe keep their nose out of it. Pierre feels excluded and shut out, sure, but also questions the nature of his mother and his family, and ultimately his own reality. It’s enough to derange anyone, and Maupassant depicts it all in a tone that is both analytical, detached, and a bit wry. I found myself both amused and slightly horrified reading about this angry young man wrecking his home over something that doesn’t really concern him.

The term for this is “psycho-realism” in fiction; the French excelled at it and Maupassant studied under two of the best: Flaubert and Zola. I am aware in my own writing how often I am inclined to delve into the minutiae of characters’ inner lives and show how messy things are beneath the surface. The iceberg theory has its merits, but most writers who try to sound like Hemingway just sound like blowhards (Including, after a certain point, Hemingway). I’d rather most writers bring on the mess. Let us know how grief killed the Queen!

Now, I gotta get back to work.

And so, what are YOU reading, writing, watching, playing, pondering, or obsessing over this weekend?