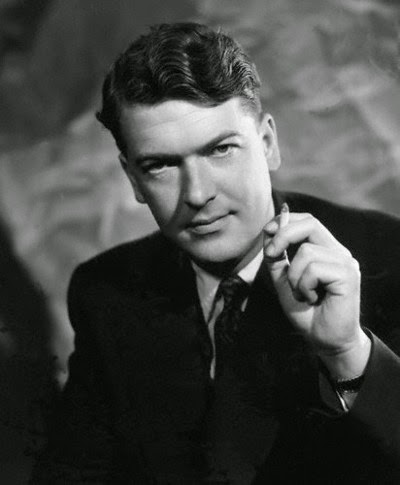 Happy almost-end-of-the-week everyone. Let’s get that “almost” out of there, enjoy a little verse, and jumpstart your well-earned relaxation. Grab a barstool, take a nap, read a good book, whatever you want. It’s your weekend. Piss Of Early, Tomorrow’s Saturday.

Speaking of a good book, I just finished Steve Jones’ memoir about his time with the Sex Pistols, Lonely Boy. At one point, Jones is so sick of playing with Johnny Rotten that he started researching spinal injuries in hopes he could fake his way to a timeout away from the band.

As truancy ploys go, I’m not on board with anything that could linger. You invite too many follow up questions. “How’s your back?” “Should you be lifting that?” Etc. And the questions may continue for weeks, months even. Keeping up with your own lies becomes a chore and a hassle that you don’t need, but you have to admire Jones for his ambition, particularly as he was functionally illiterate until his forties. I can’t imagine that a medical journal or article would be a breezy read for someone who would have trouble flipping through a Sandra Boynton book, but where there is a will there is a way and Jones should be hailed as an embodiment of the POETS Day ethos.

Maybe avoid a spinal problem and keep it simple. A raspy throat or a persistent cough will do the trick. It’s not elegant, but the classics are classics for a reason. Just make sure your chosen illness comes with the specter of contagion. Make your boss worry about the health of the rest of the staff and consider yourself sprung. I don’t know what the weather is like wherever you happen to be, but here in Birmingham we’re having a lovely white-wine friendly afternoon. The sun is out, the sky is blue, and all manner of restaurants beckon with brightly-colored umbrellas shading patio tables. I’m thinking of one place in particular that has such an absurdly inexpensive and deliciously good ahi and cabbage salad and they’ll make it as rare as you please. It’s so good that I’ll risk getting the oversharing waitress with a seeming new relationship problem every time I get stuck in her section.

This week may I recommend starting off with Kingsley Amis?

He’s mostly known for his comic novels, Lucky Jim being the most likely to hold a place on your bookish uncle’s important books bookshelf. I’m embarrassed to say I’ve never read one of his novels (I just ordered Lucky Jim and since I’m .9 miles per Google away from an Amazon distribution center I may be tucking into bed with it tonight.) I have read two of his son Martin’s books and enjoyed them, though I’m a bit hazy on the one I read twenty-plus years ago. Both father and son were ranked among the top fifty British writers since 1945 by The Times of London. I assumed the list would have been released in 1995 marking a fifty-year period, but no. It was published January 5, 2008 at 4:19 pm, GMT. The list is based on a post-war shift in sensibilities. The Amis family makes up a full 4% of that list. I can’t imagine that that doesn’t weigh on subsequent generations writing even a simple school essay.

On thing about Amis, pere that is, was that he felt the world was unfair. He wouldn’t be wrong, but the  idea that a creator would allow the flaws he saw all around him, indiscriminate in his opinion, was something he seemed never to come to terms with. The Russian poet Yevtushenko reportedly asked him if he was an atheist. Amis responded, “It’s more that I hate Him.”

Among his friends was noted atheist Christopher Hitchens. Both were accomplished drinkers. There must have been some wild conversation between the two.

When it came to his work, Amis was very disciplined. He wrote a minimum of five hundreds words a day which may not seem like a lot, but he would wake, write, and I read he wouldn’t touch alcohol until lunch and that would seem to cut into productivity, but he was amazingly prolific. Winston Churchill would reportedly wake, pour two fingers of whisky and sit in bed until noon dealing with his papers, nursing the drink over the course of several hours. Then came lunch and Claret. In comparison Amis was practically Marcus Aurelius.

This week’s poem, “To A Baby Born Without Limbs,” is a lashing out. He takes as a voice that of an omnipotent being who gave someone the short end of the stick, and not just because he can’t hold it. He drips in sarcasm and cruelty, but the facts are the facts. We are all created equal, but not of equal ability.

As a Catholic I was taught the arguments for why the world is at imbalance, but Amis’ stance is powerful and direct. The writing is crisp. You can imagine this as a spoken piece, and it would be a horror were it delivered. I don’t think he wastes a word. There is a natural rhythm and a twist of the narrator’s lip that’s frightening.

With luminaries like Robert Conquest, Kingsley Amis became known as a member of a literary movement known, fittingly, as The Movement. Theirs was a rejection of the modern movements in poetry as exemplified by Ezra Pound. You can look to last week’s POETS Day and see the difference. I’m no expert so I can’t speak to this, but I’ve read that The Movement was an English, as opposed to a British reformation.

As I said, I see his point and think he’s wrong, but this is brilliantly written.

To A Baby Born Without Limbs

This is just to show you whose boss around here.
It’ll keep you on your toes, so to speak,
Make you put your best foot forward, so to speak,
And give you something to turn your hand to, so to speak.
You can face up to it like a man,
Or snivvle and blubber like a baby.
That’s up to you.  Nothing to do with Me.
If you take it in the right spirit,
You can have a bloody marvelous life,
With the great rewards courage brings,
And the beauty of accepting your LOT.
And think how much good it’ll do your Mum and Dad,
And your Grans and Gramps and the rest of the shower,
To be stopped being complacent.
Make sure they baptise you, though,
In case some murdering bastard
Decides to put you away quick,
Which would send you straight to LIMB-O, ha ha ha.
But just a word in your ear, if you’ve got one.
Mind you DO take this in the right spirit,
And keep a civil tongue in your head about Me.
Because if you DON’T,
I’ve got plenty of other stuff up My sleeve,
Such as Leukemia and polio,
(Which incidentally your welcome to any time,
Whatever spirit you take this in.)
I’ve given you one love-pat, right?
You don’t want another.
So watch it, Jack.