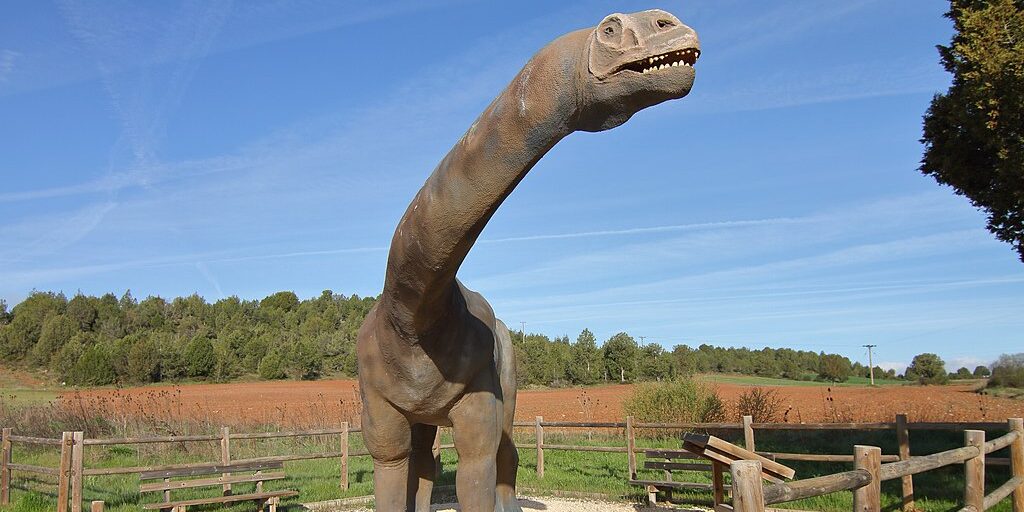 [ThTh1] I don’t know what it is about dinosaurs that so enraptures children. Maybe it is, as Dave Barry said, that dinosaurs never get told to go to bed or eat their veggies. Or maybe it’s that children often develop a fascination for the idea that there was a world before they existed and dinosaurs connect them to it in a very tangible way. Or maybe it’s just that dinosaurs are awesome.

Whatever it is, dinosaurs are in the media again because of the release of the third Jurassic World movie. I watched the three Jurassic Park movies and the first World. I haven’t watched Fallen Kingdom and have little intention of watching the new one because they crossed me as cynical echoes of the 1993 original, which is still one of my favorite movies.

You see, Jurassic Park is not just a good movie; it represented a sea change in how our culture views dinosaurs. Before then, they were mostly seen as monsters. But Jurassic Park showed a culture shifting to viewing dinosaurs as animals — creatures that had habitats, behaviors and instincts. Consider one of the most famous scenes from the movie, when the dinosaurs are first shown

Normally, a dinosaur appearing on screen would be something terrifying. But this scene is infused with a sense of wonder. Williams’ soaring music, the paleontologists rapturous reaction, the panning shots of dinosaurs moving in herds and feeding. It’s a wonderful, amazing cinematic moment. But it also changed how we our culture thought about dinosaurs.

The World movies cross me as much more cynical, a return to monster movies with a few buzzwords thrown in vaguely related to animal behavior (e.g., “Oh, he’s the alpha!”). But if you want to see something that will still inspire awe and wonder, I’m going to recommend the new BBC/Apple TV+ series Prehistoric Planet.1

This documentary is done by David Attenborough and the team that has created such wondrous documentaries as Planet Earth and Life in Color. It basically takes that approach to CGI-generated dinosaurs, creating a documentary that looks as though they were actually filming them in the Late Cretaceous. It follows individuals and herds as they eat, mate and migrate, with Attenborough’s iconic narration over the images.

And it’s a marvel. It’s so well-done and so realistic that my 8-year-old son is convinced they invented a time machine and filmed actual dinosaurs. Sure, some of it speculative. But they have online resources detailing the science behind these speculations.

The more we look at our world, the more amazing at gets. And the more we learn about dinosaurs — what we knew when I was eight years old is a fraction of what we’ve learned since — the more amazing they get. They were every bit as complicated, intelligent and dynamic as the creatures that inhabit our world today.

Humans arrived on this world partway through a long and amazing story. And Prehistoric Planet shows a glimpse of the many chapters that preceded us. I hope they do a lot more. And I hope Attenborough lives to be 120.

[ThTh2] I love optical illusions. If you look at any one of these spheres in particular, you’ll see that it’s brown. But seen out of your peripheral vision, they look different colors.

All the spheres are brown pic.twitter.com/81kEEyDXn6

[ThTh3] In old plague news, we are close to pinning down the origin of the Black Death.

[ThTh5] Gaia, the most amazing mission you’ve probably not heard of, had its third data release with some spectacular results. In principle, Gaia measures the positions and brightnesses of billions of stars, allowing us to measure their distances and motions very precisely. But all sorts of stunning results are coming out of this, including new understandings of how starquakes work.

[ThTh6] Is the inflation rate really 15%, as folks like Jordan Peterson claim? No. That post gets into the technical details but I’ll just use a rule of thumb. According to their stats, the real price of things has septupled since 2000. If, in that year, you were able to buy a state-of-the-art computer for $200 or a good new car for $7,000 or a gallon of milk (or gasoline) for $0.50, I’d sure like to know where you were living.

[ThTh7] One of the drums I will beat until my hands bleed is that we need to be preparing for future pandemics. A new analysis indicates that for $24 billion, we could develop prototype vaccines for all 26 viral families, basically putting us to the position we were with COVID-19, where we could develop a working vaccine in a short period of time. Let’s say it would be four times as expensive. That’s a fraction of what the pandemic has cost us. This seems like a worthwhile investment.

[ThTh8] I’m not going to pretend I understand time crystals, but it sounds cool.

[ThTh9] Want to play an 8-bit game that simulates the Roman telescope? Sure you do.

[ThTh10] When the Cray-1 supercomputer came out, it was a monumental machine. You can now create something that massively exceeds its computing capacity with few credit-card sized processors and a 3-D printer.

[ThTh11] Wow. What you’re looking at is lightning within the ionosphere.

Bucketlist capture early this morning over Kansas. After thousands of hours with TLE’s , finally a Giagantic Jet- still in disbelief. It also may be the furthest north ever captured- lots of analysis to do on this one. #kswx #okwx @NASAEarth pic.twitter.com/Jl9V7saUqL

[ThTh12] Two things to note about this lunar eclipse as viewed from the South Pole. First, the moon appears to be moving sideways because it is. At the poles, the Sun and Moon don’t so much rise and set as circle through the sky. Second … look at the aurorae!

A timelapse of the Lunar eclipse at the #SouthPole. Exposures in this video ranged between 1/13-20s to cover the crazy dynamic range of the full moon and the dark night sky, smoothly ramped with @LRTimelapse to show how the stars and the Milky Way emerged further into the eclipse pic.twitter.com/YxnryEBauw

[ThTh14] A white dwarf star is gobbling up planets.

[ThTh15] The Great Salt Lake is drying up, which could be a huge disaster for Utah.

[ThTh16] A wonderful story, courtesy of Andrew: a woman went from working at McDonald’s to support her family to flying in space. Whatever else one thinks of Bezos, he is hitting these feel-good stories pretty hard.