The Careening Cars and Multiple Nostalgias of Conservatives 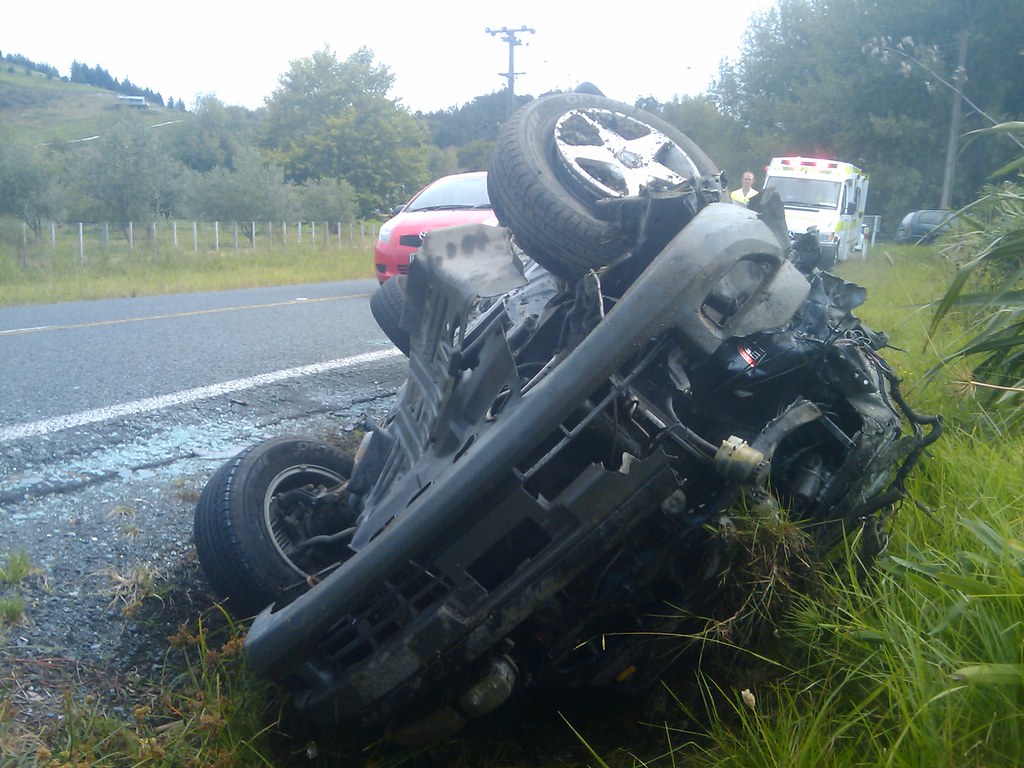 “What do conservatives want to conserve?”

It’s a question we reactionary troglodytes hear often, sometimes as a taunting gotcha from the left or as an exasperated cry from the right. And it’s not something that’s easy to answer.

Very broadly speaking, when it comes to political coalitions in the United States, the left tends to agree on the general goal but fiercely disagrees on how fast to go there and how to divvy out the patronage and benefits (I refer to both in neutral terms here; every political party engages in some form of patronage).

The right, certainly since FDR, has always been a much more chaotic business. We all agree that we don’t want what the left, broadly speaking, has to sell. What we *do* want has rarely been a stationary or single target. Part of why it’s so hard to answer the question is we’ve never really had a single answer, or even an answer that’s easily articulated.

Few things demonstrate the internal contradictions of the right’s approach to nostalgia and conservatism in America than the following election film from 1964, made for the Barry Goldwater campaign but ultimately pigeonholed. Worth watching in full (warning: it’s about half an hour long, and it contains NSFW images even by our standards), the film tells us a lot about the dispositions and thinking of the average conservative since WWII; the subjects may have changed, but the core approach has not.

So what does the film show?

This picture of the country literally and figuratively careening into a ditch is contrasted against two orderly images of American progress: the religious pioneers who conquered the frontier, and the great industrial cities of the 1950s and early sixties, fully formed and a marvel of modernity.

Indeed, the movie hardly feels political at all in the conventional sense. The presidential candidate this movie was meant to promote, Republican Barry Goldwater, isn’t even introduced until the very end of a half-hour film. The tying of senior Democratic corruption to the many scenes of anarchy and lawlessness throughout the film feel tacked on and artificial. Nor, indeed, does the film offer or suggest anything practical Goldwater could or would do that would change what was going on in American society (and it’s hard to believe he would do them, anyway, as he was a life-long libertarian).

Nevertheless, it taps into a powerful vein of a complicated impulse present in American conservatism – the fear not of change per se but of destructive change. The film, echoing the ads of one Richard Nixon four years later which literally had the slogan “VOTE LIKE YOUR WHOLE WORLD DEPENDED ON IT” (caps in original), is a call for politics not as a practical effort for policies good or bad, but rather voting as a kind of primal moral outcry, tens of millions of people yelling “Stop!” at everyone else.

Critics of all kinds will of course point to the hypocrisies of these sorts of politics. They will note how they lead nowhere because no American would tolerate the totalitarian power needed to come close to “doing” something about society at large aside from enforcing laws, how it ignores many genuine injustices people were protesting, and how the beatified images of American pasts won’t pass even the most minimal critical scrutiny.

But the problems go deeper than that. All periods have their injustices and problems, virtues and vices, their hypocrisies and their disfunctions. We are no exception, nor will future generations be.

The real problem is that the film’s vision of America’s pasts is both wrong and seemingly mutually exclusive. Neither the conquering of the frontier nor the country’s urbanization was an orderly, peaceful process. Even if we set aside the violence against Native Americans and other abuses, both involved the dissolution of rooted communities, disruption of older ways of life, and a lot of chaos, heartbreak, and trouble. “Conservative” they were not, in the sense most would understand the term.

Supporters of the film’s message might concede the point – I think they’d have to, given that there was a lot of consternation over both these processes at the time in the United States – but they’d still argue that at least those ended well in the settling of the country and its becoming an industrial behemoth. The process shown in the film, on the other end (and which is still ongoing today, IMHO), will end up like that careening car – in a ditch or over a cliff.

But that still leaves the question: Assuming that car is heading into a ditch, where do you want the car to go? The two pasts mentioned in the film are very different; religious, small-town America and big, semi-secularized urban America are and remain two very different worlds and visions of American society. They were thought of that way when they were being formed, and if anything the contradictions have only deepened.

But even more important: America has always been a country on the move, and that move was always forward in one way or another. From the start, whether conquering the frontier, growing cities, “renewing” religion, the desire for people coming to the US to retain old ways was always overtaken with the desire to change or revive them in some way. A “normal” country might have celebrated when the frontier closed in the 1890s, seeing it as a time for society to rest on its laurels. In America, it caused great anxiety and consternation.

Ronald Reagan was a serious conservative. He read Russel Kirk, harked back to the Founding Fathers and many of the core founding values of the country. But he ran on selling the country a new day, famously saying that America’s best days are ahead of it. Deep down, I think most American conservatives want to feel the same way.

Which brings us back to the original question: What do conservatives conserve?

The answer is that it’s complicated, and it’s complicated because America has always been a country that looked to the future – a period which is always unknowable and unclear, as Yoda famously noted. We draw on past values and periods to renew and revive the best of what the country has to offer in changing circumstances, but we forever have to cope with the fact that those pasts are no less contradictory than the possible futures.

We want the car continuing to go forward, not back. Carefully, with awareness of the dangers of recklessness, but towards a brighter future, based on the already messy experience of the country’s history and the road behind us, rather than a precise road map we know cannot exist.

How we do that, where we head, &c is a very big part of what we argue over. Hopefully, without crashing the car.