Credit Where It is Due: Lessons from the War in Ukraine, So Far 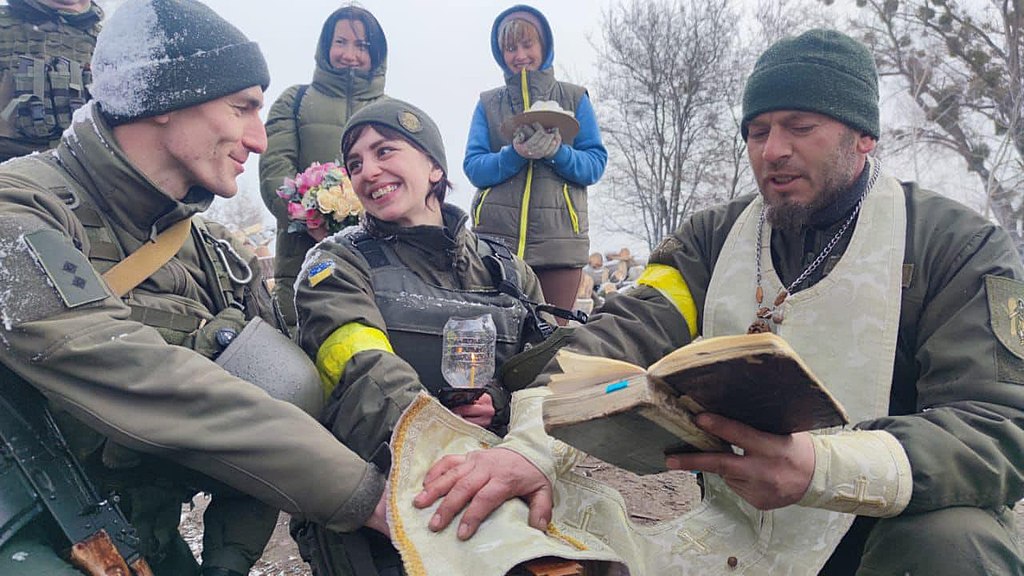 For those who missed it, George W. Bush recently re-emerged to remind us just how disastrous American foreign policy can get.  While I am generally a skeptic of America’s wars and incoherent sorties into the world, some credit is due when the government has a little success.  With that in mind that we should praise the Biden Administration’s mostly adroit management of Russia’s invasion of Ukraine .  Rather than acrimony or indecision, Joe Biden has united the West and other allies to arm and fund the Ukrainian government.  The wealthiest countries in the world, including some with a history of neutrality, have joined an unprecedented sanctions regime designed to punish Russia and slowly starve its war machine.

Just as importantly, the Biden administration has avoided the kinds of traps that could spark a confrontation between nuclear powers.  It resisted calls to impose a “no fly zone” which would have amounted to a declaration of war on Russia.  There was also a well publicized veto of a Polish proposal to transfer MiG jets at a moment it might have been perceived as a NATO attack.  Since then the West has quietly sent enough MiG parts to Ukraine so as to have effectively sent the jets anyway.  Only as Ukraine has proven itself a capable fighting force and Russia’s saber rattling diminished has the United States and its allies provided the weapons necessary for Ukraine to retake lost territory.

Hold Steady and Don’t Get Carried Away

Days before Russia’s invasion, the prevailing belief was that the government in Kiev could not last a week.  Until then, Ukraine was known internationally for its oligarchic corruption, weak state institutions, and haphazard teetering between Western and Russian backed proxies.  Revisionist historians may say otherwise, but a clear-eyed assessment is that Ukraine lacked a coherent sense of itself.  That only seems to have changed when a controversial celebrity president refused to blink in the face of a common enemy and an outgunned, but nimble military with NATO training and a sprinkling of modern anti-tank weapons showed the world that the Russian army is still operating in the last century.

The Biden administration should remember that neither it nor the United States deserves more than nominal credit for any of those developments.  Afghanistan reminds us that all the weapons and money in the world don’t mean a thing to a government without the legitimacy or competence to use it.  Accordingly, while the Biden administration should continue to quietly make the case for providing artillery and other weapons necessary for Ukraine to take back its east, it should refrain from any crowing.

There should be no talk of removing Vladimir Putin, overthrowing his regime, or war crimes trials of Russian leaders we all know will never happen.  Moreover, the US government must clamp down on leaks suggesting United States intelligence is directly responsible for killing Russian generals and sinking Russian warships.  The facts are obvious to anyone paying attention.  There is no point in provocative rhetoric that could undermine a settlement.

No one knows how this conflict will end, and a shrewd analysis reminds us that in war more battles are lost than won.  However, after repelling the attack on Kiev, pushing Russia back from Kharkiv, and mostly holding firm in the east, there is now a legitimate chance for Ukraine to inflict a massive defeat on Russia.  In some ways it already has.

While the United States should continue to enable the possibility of a complete Ukrainian victory, the Biden administration must also be ready to secure the peace when the time comes.  There should be no hesitancy about lifting the sanctions as part of a deal that ends the conflict on terms likely to prevent a recurrence.  Despite its failures, Russia remains a nuclear power.  While both the United States and USSR have lost wars without resorting to nuclear weapons there are no guarantees about the future.  Any overreach, particularly that threatens the collapse of the Russian state, is done at our peril.

The Lesson That Probably Won’t Be Learned

Before closing it’s worth going back to the crazy people who were calling for a no fly zone, many of whom also spent a decade begging for military intervention in Syria.  The permanent national security establishment still suffers from a bizarre amnesia and seeming inability to interrogate three decades of absolute failure.  Even now the Biden administration is sending troops back to Somalia for no apparent reason.  Despite nation building disasters in Vietnam, Somalia, Iraq, and Afghanistan, not to mention haphazard overthrowing of governments in places like Libya, the Blob never learns from its own mistakes.  Let us hope then that maybe Russia’s ongoing failure in Ukraine presents an opportunity to learn from someone else’s.

An invading government rarely understands the country it is attempting to occupy as well as it thinks it does.  This is true even in the case of Russia and Ukraine, where the peoples involved are very similar culturally and speak a shared or closely related language.  Further, the invaders almost always suffer from various overly optimistic delusions of their own capabilities, the capabilities of the defenders, and what can realistically be accomplished.  Finally, there is rarely an adequate consideration for unintended consequences, the chaos war inherently unleashes, and the opportunists who see more value in endless conflict than sustainable peace.  If we’re too insecure to talk about our own failures, then every citizen, journalist, and politician would do well to ponder Russia’s adventure in Ukraine, next time our own hawks come squawking.