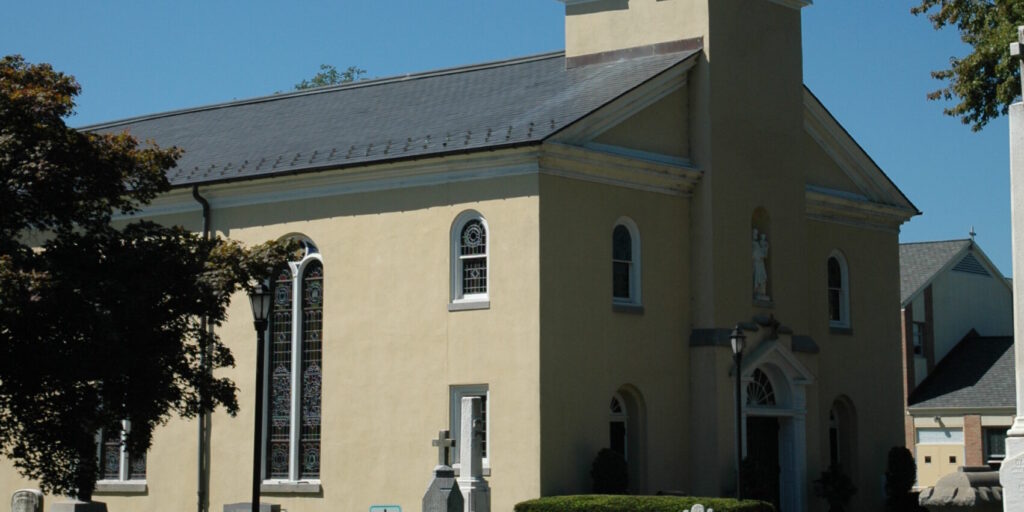 Saint Joseph on the Brandywine Catholic Church in Wilmington, Delaware. President Joe Biden frequently attends service here and his son, wife, and infant daughter are all buried in the church’s cemetary.

The Democratic Party is in a current panic about its electoral prospects. Every day brings a new exhortation for some Democratic to take action to improve the party’s image and ability to run the country. Democrats are currently pushing Joe Biden to do whatever he can to improve inflation and the nation’s infant formula shortage. They are also focused on the upcoming public hearings over the January 6th attack on the Capitol. The hope is that these events will provide a contrast: effective, responsive Democratic leadership compared with craven, lawless Republican debauchery.

The party is understandably trying to find anything that it can do to bolster its current president. Democrats want Joe Biden to take action on a number of different fronts to solve the nation’s problems. But they have been mostly silent on another opportunity that Biden has to change the narrative about his personal beliefs and his role in the American political system.

One factor that has not been discussed lately has been Joe Biden’s regular church attendance. All 46 presidents have been members of a church and have occasionally visited. But the previous two presidents rarely attended regular services. Donald Trump’s attachment to his church and religion was tenuous at best. Most political observers are aware that their candidates profess a certain religion and are part of a particular church. But the idea that Biden’s actions back up his professed beliefs could play an important role in the party’s messaging for the next two years.

Joe Biden has been known for his staunch Catholicism since he was elected senator in the 1970s. He has mentioned it in times of personal tragedy and in speeches meant to reassure and heal the nation. Biden’s religion led him to take a position to the right of parts of his own party on some issues. It was also a reason why his support of same-sex marriage in 2012 was so influential, both to the nation and to then-president Barack Obama.

However, Biden’s church attendance has been mostly ignored in the past year. Democrats simply have not talked about it since the election. There have been almost no major news segments or widely disseminated podcasts about it. Neither Pod Save America nor Rachel Maddow has devoted segments to it. Ron Klain, White House Chief of Staff, has not tweeted about Biden’s religion during his presidency. Almost all news coverage about the president’s religion in the past year has focused on whether or not some priests could deny him communion for his pro-choice stance.

Biden’s attendance at church is mostly ignored by Democrats for a number of reasons. The first is the obvious, moral explanation. As the heirs of Thomas Jefferson, many Democrats do not believe a president’s religious views should influence how they govern the country. Those views are seen as private. A president should be enacting policies separately and apart from their own personal beliefs. Another fear is that a Catholic president who focuses on their Catholicism may alienate other members of the religiously diverse coalition that Democrats need to hold together. Biden has upheld the privacy of personal religious belief in his public comments about candidates’ religions. For instance, he once said in 2012 regarding Mitt Romney’s religion, “I don’t think it’s anybody’s business… nor do I think it should matter to anyone.”

But another key reason for Democrats ignoring the president’s religion is the power of the non-religious in the leadership of the Democratic Party. Observers have noted the growth of atheism and the decline of church attendance throughout the country. This trend is strongest among the well-educated, urban liberals and leftists who serve as pundits, activists, consultants, and staffers within the party. These men and women simply do not think about religion in positive terms on a regular basis. When they do think of religion, they focus on fundamentalist interpretations of religion, which are more poisonous than ever following the likely overturning of Roe v. Wade. This group would not think of Biden focusing on his religion as a positive in any way, shape, or form.

No matter the reason, Democrats must fix this glaring omission in the way they talk about Joe Biden. The professionals who dominate the party may not care about how many times Joe Biden attends church. But tens of millions of Americans, many of them soft partisans and swing voters, do care. Several swing states are some of the 20 most religious in the country according to Pew Research, including North Carolina (10th), Virginia (14th), Ohio (17th), and Iowa (19th). The relatively close election returns in these states suggest that not all religious voters are entirely under the sway of former-president Trump. For instance, in 2016, 65% of voters in North Carolina rated themselves as “highly religious.” That year, Trump won the state with 49.83% of the vote. The “highly religious” are not a monolith, and there is certainly a chance that a candidate who emphasized their religion often could make more of an inroads with them.

Furthermore, a religious emphasis would have an infinitesimal downside to Democratic voters. The Republican Party has established itself as a party devoted to racial grievance, extreme economic policies, and waging the culture war. These values are utterly anathema to much of the Democratic Party’s urban, nonreligious base. They are the leading edge of political polarization on the left and are as devoted to voting Democratic as anyone else. Democrats would lose few atheists if they decided to draw attention to the religion of their leaders.

A focus on Biden’s religion could even help to change the impression of religion among atheists and the non-religious. One of the main reasons for declining church membership is the association of religion with revanchist social policies. Biden’s religion is more liberal, tolerant, and open-minded than the standard caricature of religion. A greater focus on the president’s religion outside of the quadrennial election year could help the Democratic Party take better advantage of this enormously powerful force in American political life.

Democrats are always looking for something new that will shake them out of what looks to be structural electoral purgatory. They want to reach out to conservatives and moderates in rural areas without compromising their values and the morality of their stance on social issues. The idea of becoming a more religious party, one that emphasizes the church attendance of its leader while also upholding a liberal approach to religion, is a possibility that activists and party leaders rarely talk about. With Joe Biden, hopefully that tendency will change.