We talked about the first Darkest Dungeon a couple of years ago. We discussed the announcement of the sequel last year.

Having been burned by early access before, I am usually pretty hesitant to get a game that isn’t even close to complete yet. On top of that, why would I want to play a game that isn’t done? You can’t beat it, right?

"The docks are choked once again with the repellant stench of rotting fish."

Okay. Let’s check the game out.

The voice acting is, once again, top notch. 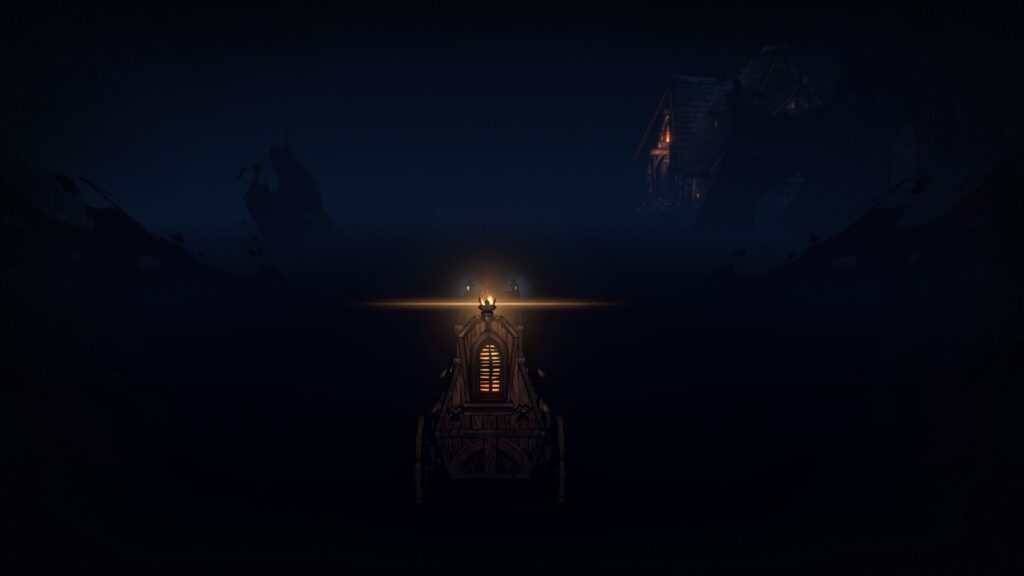 There’s a torch on the back of the carriage and that’s the measure of hope you’re travelling with, I guess.

Combat is familiar though the animations have been updated and are downright amazing now. Here, check this out:

these new lads are spectacular, oh my god #DarkestDungeon2 pic.twitter.com/4WZB4NEIeZ 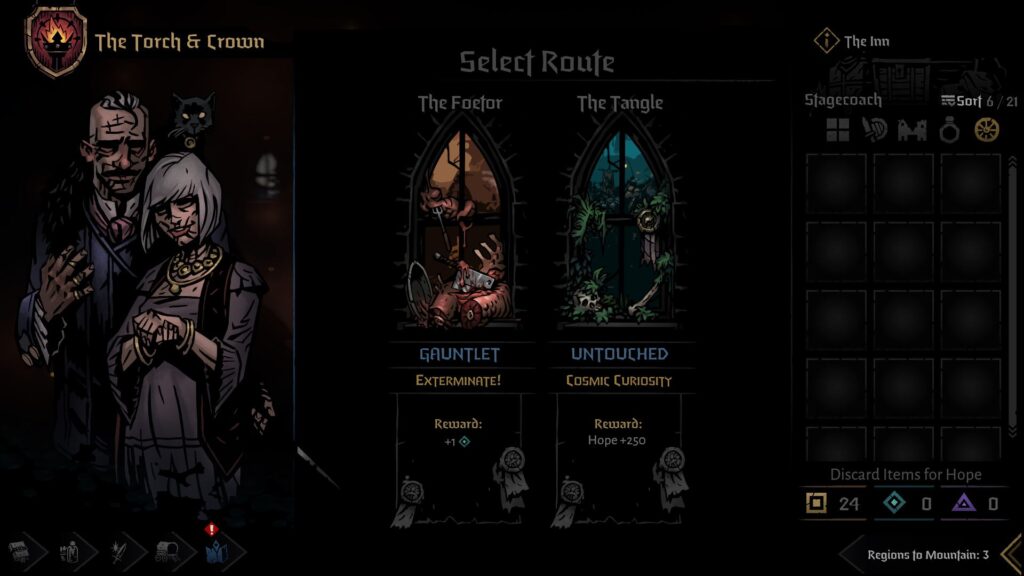 And that’s how they do the maps, now. Instead of travelling room to room, you’re taking the carriage from fork to fork. 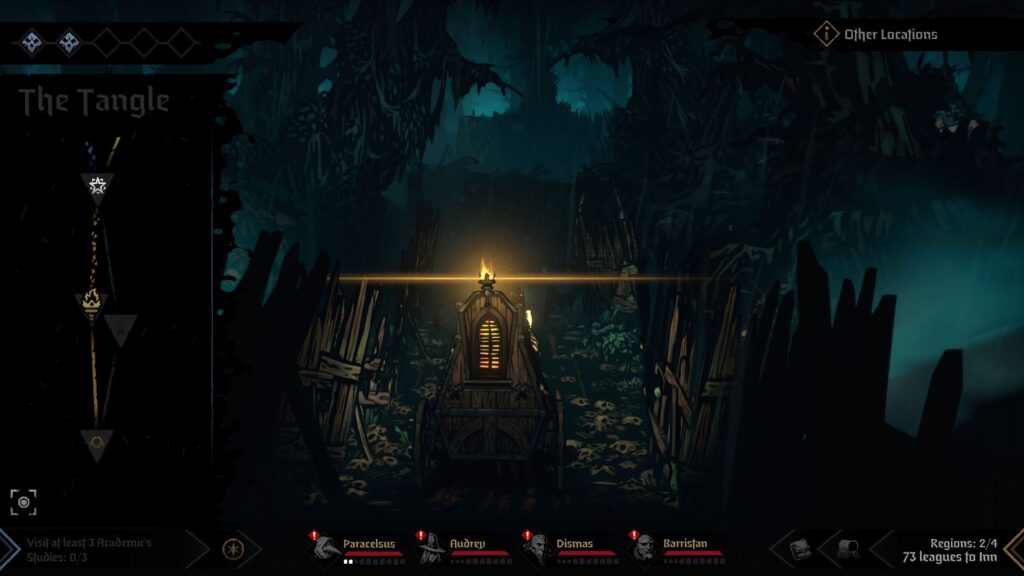 More fights, more deaths… Okay. They’re doing it right. I can’t wait for it to get finished so I can *REALLY* play it instead of feeling like a beta tester.

(Featured image is the crossroads, a screenshot from the game. All screenshots taken by the author.)