POETS Day! One for the Kids: Shel Silverstein 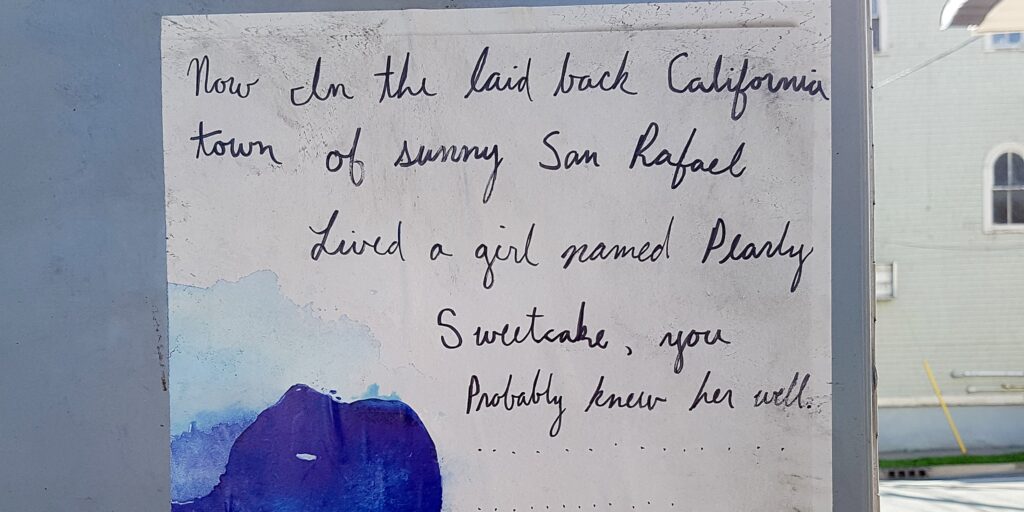 This is typically an escape from work to the bar plan for overworked or those who claim to be overworked adults. Will somebody think of the children?

As the school year nears completion and my kids are striking theater sets and finding out about this year’s patron saint’s bitter end, exam periods are set, and class schedules have devolved to open teacher office hours and essay consultations. We need to take a moment for the children and get them out of this.

Piss Off Early, Tomorrow’s Saturday. That counts for school kids too, although I’m suggesting they get on a bike or awkwardly kiss someone rather than hit the bar per all previous POETS Day admonitions. (Unless they have a fake ID.)

I should mention that my ninth grader’s English teacher is an Ordinary Times reader and mentioned one of my articles in class so I can claim that my writing was taught along with Milton, Shakespeare, and Faulkner. Hopefully she isn’t reading today because I’m about to serve up a recipe to spring her students from the eight to three-thirty grind and let Fortnight or Elden Ring reign supreme.

When I was a kid, there were only three TV (television) stations not counting PBS which meant there were only three stations. All of a sudden, an upstart local appeared at channel 21 on the – I can’t even remember if it was VHF or UHF or how that worked but the needle nosed pliers got us to where we needed to be. They had no budget so they rolled reruns of Leave It To Beaver and Lost in Space all day.

I was home sick one day and there was a Lost in Space episode that ended in a cliffhanger. I wasn’t sick the next day. I felt fine. But I wanted to see that most important of storylines resolved. I faked it. This, young children, may have been the incunabular grain of POETS Day and is how you too can be like an adult and get out of obligations. You are growing up so fast.

All the ruse requires is a lamp. I had a clip lamp that put around 10,000 BTUs onto my pillow from the safety bar of the upper deck of my bunk bed when I was a kid. It takes some practice, but with an old-fashioned mercury thermometer, you can hold the end into the heat halo of the bulb and hit 102 without a problem. You have to keep restraint in mind, though. Hold it too long, and you have a temperature of 110 and a parent disgusted at your lack of guile. There’s also the dreaded middle ground. A temperature of 104 or more gets you to a black and white rerun-less day at the hospital. Hitting the right spot is actually good STEM training. Moderation in some things.

It’s risky, but if you can make the thermometer hit the right spot there’s cereal, pop-tarts, and probably a coke or two to be had at home when your contemporaries are worrying about the nines on the multiplication tables and you get to find out what happens to Will Robinson. Go for it. Find out your degree of comfortable truancy. It might get you a girlfriend later.

Today’s escape poem is remarkably tailored to such an occasion.

Shel Silverstein’s “Sick” is a tribute to getting out of school.

It’s light and funny and wonderful with a gotcha at the end. But the problem is with line eighteen.

“My ‘pendix pains each time it rains.”

Oddly enough given that it was line eighteen, when I was eighteen years old my appendix went on the offensive and I felt pain like I never did before. At the hospital I was given a shot of Demerol and I have never felt such bliss.

I don’t want kids to get confused. Wonderful and euphoric drugs that get handed out at hospitals are not to be confused with mild doses of the local THC-loaded brownies or whatever otherwise fun things, which are not comparable with the ecstatic joy you can get if you cook a spoonful. Both are wrong, but the former are so much more worth avoiding. You can have a good time with a joint and a Pink Floyd album, but Pink Floyd is by and large a good in and of itself. Take a needle in the arm, or between the toes if you are trying to hide it, and even Billie Ocean sounds good. The point is that some things are so fantastic that you need to avoid them. Don’t temp yourself with something that’s as much fun as a borderline narcotics addiction appears to be. Keep stuff like that that at an arm’s length. While you’re at it, maybe don’t listen to The Stone Poneys in a locked bathroom and think of Linda Ronstadt. Just be a kid for a while.

“I cannot go to school today,”
Said little Peggy Ann McKay.
“I have the measles and the mumps,
A gash, a rash and purple bumps.
My mouth is wet, my throat is dry,
I’m going blind in my right eye.
My tonsils are as big as rocks,
I’ve counted sixteen chicken pox
And there’s one more–that’s seventeen,
And don’t you think my face looks green?
My leg is cut–my eyes are blue–
It might be instamatic flu.
I cough and sneeze and gasp and choke,
I’m sure that my left leg is broke–
My hip hurts when I move my chin,
My belly button’s caving in,
My back is wrenched, my ankle’s sprained,
My ‘pendix pains each time it rains.
My nose is cold, my toes are numb.
I have a sliver in my thumb.
My neck is stiff, my voice is weak,
I hardly whisper when I speak.
My tongue is filling up my mouth,
I think my hair is falling out.
My elbow’s bent, my spine ain’t straight,
My temperature is one-o-eight.
My brain is shrunk, I cannot hear,
There is a hole inside my ear.
I have a hangnail, and my heart is–what?
What’s that? What’s that you say?
You say today is. . .Saturday?
G’bye, I’m goin’ out to play”