The Pro-Life Movement Must Embrace Continuing Moral and Practical Obligations 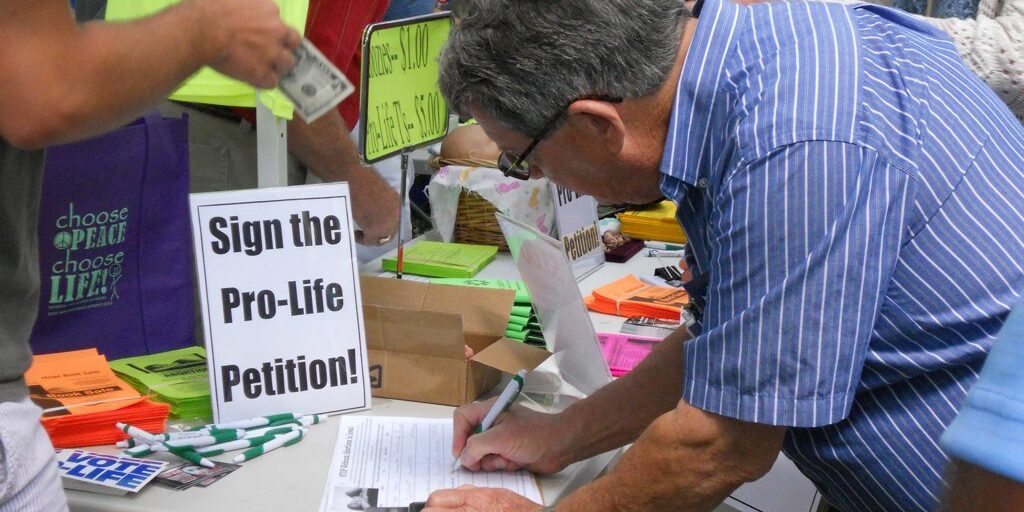 For years, a popular critique of pro-life activists has been that they are merely “pro-birth,” or something similar, rather than truly “pro-life,” with the latter taken to mean a more comprehensive set of policies that support women and children both during and after pregnancy. This critique has an obvious moral dimension, in that genuine concern for human life cannot be limited to a legal obligation to carry a pregnancy to term, but it also has a powerful practical dimension, in that helping to address the situations that cause people to seek out abortions in the first place is more humane and more effective than simply outlawing the practice. The vast majority of pro-lifers appear to object quite deeply to this critique, and to the overall characterization of the pro-life movement as being hostile to women and in favor only of “forced pregnancy.”

Let’s assume that the SCOTUS draft is legitimate, and that within a few months Roe is going to be fully overturned and the responsibility for setting abortion policy is going to return to state legislatures.  If that is true, it is time for pro-life advocates to “put up or shut up.” The pro-life movement has a unique chance to actually, in word and deed, dispel the critique of being merely “pro-birth.” In the coming months, pro-lifers should use the advance warning provided by the leaked opinion to advocate for policies that will actually help women and children in states expected to ban or restrict abortion, and to ease the expected transition for the most vulnerable.

Like any significant decision, those who choose to seek abortions do so for a variety of reasons, under different internal and external pressures. Many of those decisions should elicit empathy and understanding, even from those who view the act itself as morally wrong. Most of us understand the moral differences between someone stealing out of simple desire and someone stealing out of need, even if we ultimately believe that all theft is morally wrong. Nuanced moral evaluation is always essential for productive dialogue and policymaking that actually helps human persons. Furthermore, we understand that in many cases, addressing the root causes (i.e. poverty) will be more effective at reducing theft than simply punishing the act itself.

It is undeniable that the act of reproduction and child-rearing places profoundly unequal burdens and risks on women. It is also undeniable that women face greater challenges to financial independence and career growth, particularly when they become mothers. It is therefore entirely understandable and expected that women, especially those in difficult situations, will experience fear and worry over the possibility of a pregnancy. The incentives to seek an abortion are both real and powerful, and while it may be rhetorically or politically appealing to brush this away in favor of arguments for sexual abstinence, those arguments are neither reasonable nor realistic in light of human behavior. Many people in a pluralistic society are not going to hold to theologically conservative sexual norms, and pretending otherwise is foolish. Even if pre-sexual revolution norms were commonplace, there are still the issues of pregnancies which endanger the life of the mother, and those which result from rape or incest, which demand prudent and compassionate policy responses.

It is the core of my contention that there is a right and a wrong way for the pro-life movement to contemplate the end of Roe in America. In a certain sense, pro-life advocates have had a relatively easy intellectual task for the last half-century. The core argument – that abortion takes the life of an innocent human person, that taking the life of an innocent human person is morally wrong, and that therefore abortion ought to be prohibited – is rhetorically simple. They have had, on their own terms, the advantage of a profound moral high ground. If Roe is overturned, that high ground disappears, and with it the simplicity and easy unity of the pro-life movement. It is easy to say, “we believe that abortion is murder, and that murder is wrong.” It is difficult to decide how to help individual people who are confronted with incredibly challenging and demanding circumstances, all the more so if we are to tell them that their choices are necessarily constrained by ethics and by the law.

This new situation will test the moral character and cohesiveness of the pro-life movement. It will test their moral character because the temptation will be to claim victory, to celebrate, and to rest on their laurels at precisely the moment when the truly difficult intellectual and policy work must begin. It will test their cohesiveness, because there will be real and profound differences of opinion on when, where, and how to adopt policies designed to reduce the incentives for abortion, ensure reproductive health, and provide for the financial well-being of women and children. Some, like myself, will find the ethical and legal case against freely available contraception uncompelling, and advocate for that as a practical solution. Others, like my Catholic friends, may be compelled to disagree, perhaps quite strongly. Some will favor a more liberal economic policy; others will have long-standing objections to government programs. These disagreements are unavoidable, but when they take place, they must take place in the context of a common commitment to going far beyond a legal prohibition on abortion to address the real needs, concerns, and vulnerabilities of human persons.

Having made the methodological case, I will conclude with a non-exhaustive list of policies that I believe should be considered. I should note that I am not a policy expert in many of these fields, and so I am quite open to disagreement and to alternative suggestions. Nevertheless, I think that these policies are at least a beginning of the right way to think about the issues.

I recognize that many of these proposals will seem unpalatable, particularly to those who have longstanding objections to fiscally liberal policies and who oppose government assistance programs.  But if the pro-life movement wants to achieve something more than a culture war victory and meaningfully improve the lives and wellbeing of women and children, then some practical assistance is necessary. The basic reality that pro-lifers will need to accept is that some people will continue to seek out abortions even where it is not legal, that many people will do so out of desperation or fear, and that those procedures are likely to be unsafe.  They also need to account for the very real professional, personal, and financial costs facing pregnant women and mothers. A robust philosophy of human goods needs to acknowledge that choices – even morally correct ones – have real and significant tradeoffs, and providing incentives and assistance is not only compassionate but pragmatic. Ultimately, such measures to protect women and children will do more to reduce abortions and to promote human flourishing – which is, after all, supposed to be the point.

Birch studied philosophy and history at Hillsdale College before working as a teacher of history, government and economics. He is now embarking on graduate study at George Mason University, pursuing a Master of Arts in International Security. His non-academic interests include cooking, hiking, football ( or ‘soccer’ for those uninitiated in the beautiful game), and apparently changing cities as often as possible. Black coffee or a peaty scotch, always. You can find him on Twitter