Let’s Let T-Shirts Be Just What They Are 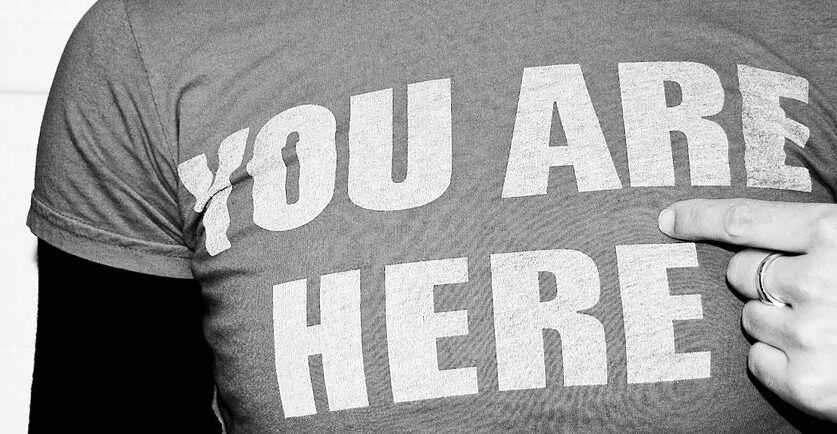 Photo by Sarah from Ottawa, Canada, CC BY 2.0

I have a plethora of t-shirts. I can’t help myself. I go somewhere and I buy one as memorabilia and grumble but reflect on the market forces that enchant me into a purchase and enrich the purveyor while both of us know that the exchange was an exercise in vanity and the brew pub or museum or whatever gets to pocket some cash and I cede a little more dresser space to a bit of fabric that will never again see the light of day.

The funny thing is that I only wear long -sleeve t-shirts. I have eight of them in addition to the billionty short sleaves I keep around for reasons, or eight and a half if you count the Gruet Brut Domaine from New Mexico that’s really a three-quarter sleeve. So maybe eight and three quarters. I have no idea why I like the long sleeves. I guess I feel underdressed in a short sleeve shirt and I’ll brook no arguments about a short sleeve versus the habit of rolling up the long sleeves, which I do. Almost always. I’m currently wearing my SMOD 2016 long sleeve shirt with the sleeves rolled up. But it’s not a short sleeve shirt. Let’s be clear. That makes sense to me in a way that allows me to live my life and any arguments to the contrary are going to be filed away with claims that Tatum O’Neal carried Kristy McNichol which is insane. Like you’ve never seen Little Darlings.

I have a shirt that I’ve never worn and there is no way I can throw it away. My father in-law bought it for me. He died shortly after so I can’t.

I gave the shirt to my son. It’s red and has marching Kokopellis. They look like they have French horns but I’m not sure. He’ll outgrow it soon because apparently outgrowing things is his avocation. Then the shirt will make it back to my drawer. It got some use via my son, and I’m glad. I’ll not give it use any further. I’ll store it though.

It’s a rare thing that I would buy a shirt from the internet, but there have been occasions. One came with a sticker. It’s a really weird sticker. I don’t know if you have a kitchen notebook where you keep family recipes and whatnot. I do.

If I need a pizza dough or gazpacho the notebook is my friend. I put the sticker on the cover of the notebook so it says “Libertarian Country” and there’s a graphic of a snake but it’s cut up for reasons that escape me.

I fell in love with REM’s “Life’s Rich Pageant” when I was in high school. There’s a guy with a big forehead on the cover and maybe that made an impression. It may have influenced my purchase of a sticker-bearing internet t-shirt because it had a guy with a big forehead similar to the REM cover haircut. The t-shirt said (I guess it still says, but grant me license) “Let’s Make Orwell Fiction Again.”

So, I have another shirt that I’ll never wear unless it’s a hot summer night in lieu of pjs. It’s taking up space in my house for reasons I can’t come across with and it carries a slogan that’s cliquish and should bide it’s time waiting for moth destruction with the Orioles, McCall, and Steyn vs. the Stick shirts. But suddenly…

I never considered that we would have a Ministry of Truth. That’s a small indulgence in that we are able to call The Department of Homeland Security’s Disinformation Governance Board the Ministry of Truth, at least for the moment. Welcome to Biden’s America, or at least the soon to be allowed version of such.

We get confused in arguments as to what constitutes free speech and what limits government restraint. The first amendment is law. Free speech is a concept. Regardless of law, I have a right to measure. I can take in information and regurgitate it as I see fit.

I’ll not be conscribed. I’m not the only one with a dissenting t-shirt in the back of a drawer or a laissez faire pizza dough recipe. This is insane. It’s a bridge too far. Fuck you. Seriously. Fuck off and stop trying to tell me what I can and will consider.