What Should Liberals Do About Elon Musk? 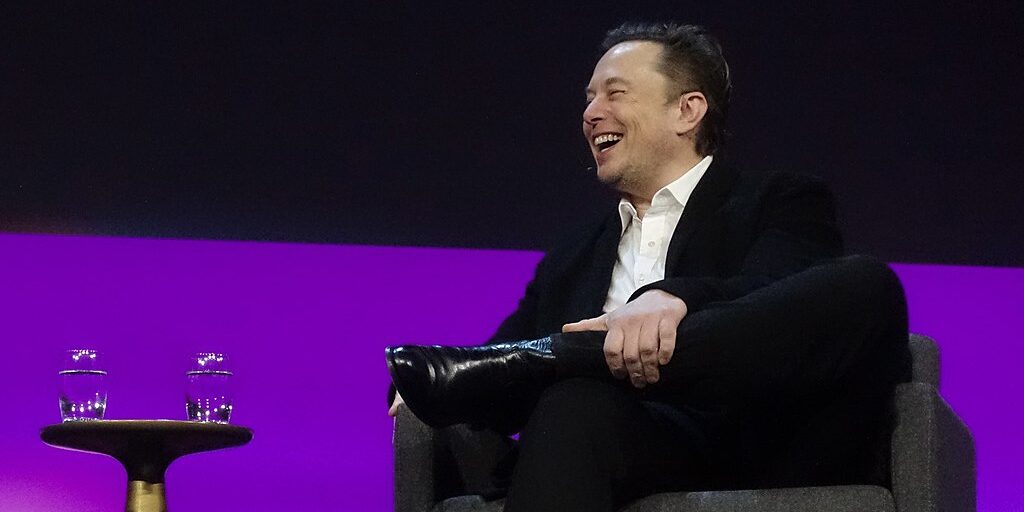 Elon Musk dominated the news cycle again last week, and again the stories revolved around his favorite pastime. On April 10, five days after buying 9.2 percent stake in Twitter, the company announced that he would not be joining its board. Instead, Musk announced on Thursday that he wanted to buy the company for $43 billion. His announcement sent the stock price soaring and prompted nervous jitters from tech journalists, business experts, and Twitter’s board itself. Despite these fears, most observers believe the announcement was a bluff. As Jen Wieczner noted last week in New York

Some have questioned whether Musk actually wants to own Twitter; his offer lists the source of funds for the purchase, instead of his personal fortune, as “other.” While he should have actually secured the funding this time — if he has learned anything from past mistakes — most of his wealth is bound up in Tesla stock, not sitting around in cash.

The Twitter debacle underscores just how much attention Elon Musk can garner for himself at any one time. He is not just the richest person in the world at this moment, with a wealth greater than the GDP of Portugal. He is also a cultural institution, having hosted SNL, been parodied on The Simpsons, and been a part of dozens of news cycles and hundreds of story headlines over the past ten years. It seems as though no matter how influential or wealthy he becomes there is only room to go up, a concept that terrifies his opponents and energizes his many fans.

Musk is such a polarizing figure precisely because of the dual nature of his personality. At different times, he has taken actions that have enraged both liberals and conservatives in equal measure. Through Tesla, he has radically improved the stature and availability of electric cars throughout the country. Electric car sales since the first Tesla was introduced have gone from about 5,000 to more than 600,000 in 2021. The goal of the much-maligned Boring Company is to further that work in the field of public transportation. Musk has done more to turn the nation’s economy greener than almost any other single person.

There is a reason why his environmental work is not covered in most liberal publications’ blurb on Musk’s reputation. They skip over Tesla and Space-X to focus on Musk as the conservative icon he has become. Most retrospectives start with the 2018 Thai cave rescue and Musk’s libel of one of those rescuers for rejecting the entrepreneur’s help. That moment is seen as a turning point, one where Musk went from a tacit liberal ally to a conservative leader, a critic of censorship and “wokeness” and a lodestar for tech bros everywhere. Later questionable episodes included an appearance on Joe Rogan’s podcast, the peddling of questionable cryptocurrency ventures, attacks on liberal economic policies, and countless instances of immature or trolling behavior.

Liberals would very much like to silence Musk or curb his influence. He is both a peddler of conservative ideas and an obscenely wealthy individual. Musk throws about his wealth and influence in a casual way, making jokes that highlight his billions of dollars and launching poorly founded attacks on admired individuals like Bernie Sanders. He clearly opposes any attempts at redistributing his wealth or regulating his business activities. At the same time, Musk has made numerous comments that put people in danger or threaten the confidence of financial markets. In most cases, liberals do not even consider his environmental work or the achievements of his companies. They just want him to go away.

But Musk clearly isn’t going anywhere. Democrats are having a hard time passing any new taxes or regulating anything. Their 50-vote threshold in the Senate has made it impossible for the party to overcome lobbyist objections or pass a substantial Build Back Better plan. Proposals like Biden’s wealth tax landed with a dud. Progressives are prioritizing executive orders and waging the culture war. Democrats are finding it difficult to curb the wealth of any billionaire, let alone the world’s richest man. But there may be another way to solve the Musk problem.

Elon Musk is clearly bored with his status at the top of the economic hierarchy. He has more money than he knows what to do with. His wealth is orders of magnitude more than the wealthiest citizens of towns and small cities. At a certain point, that level of wealth provides diminishing returns. A millionaire can afford to stay two weeks at the Plaza Hotel in New York, for instance. Musk could buy private jets with only a few months of income or one quarterly dividend. A club or a service that only exists for billionaires would cater to a small group scattered across the globe and would not be financially viable. Other billionaires in Musk’s position have set up massive charitable foundations or started political ventures. Some have gone into space.

While Musk has obtained nearly everything he could want, he has not solved the problem of climate change. That issue has captivated the imagination of countless activists, scientists, and green entrepreneurs. These men and women have devoted their lives to warning the public and trying to foster the resources and behavioral changes necessary to reduce the amount of carbon in the atmosphere. Many observers believe that the most fruitful area on the front against climate change is in the realm of technological development. Solar and wind power need better batteries and more efficient collectors. Green energy projects need to take up less land in order to optimize the zoning concessions that they receive from local governments. These developments need money, visibility, and organization, factors that Musk could easily supply if he focused his entire attention and fortune to the problem.

Therefore, Democrats and liberals should at least consider some sort of grant program, cultural drive, or organizational announcement to put Elon Musk in charge of a private campaign to fight climate change. He would not lead the government’s response or influence their scientists, but would be a public face of the green energy and renewal approach. Musk would enjoy the adulation of Twitter and the celebrities of the world as he tackled this technological challenge or that regulatory barrier. He would focus his immense power more on oil company lobbyists and recalcitrant politicians than on a handful of Twitter liberals.

Most importantly, Musk could frame his fight as a bipartisan one. He could go after the members of the left who use environmental reviews and local council meetings to protect wealthy landowners by killing green projects. Musk could paint these opponents as “woke” hypocrites who his policies would undermine. At the same time, his project would continue the war that Tesla started against oil companies which have sponsored numerous barriers against electric cars. Musk can rally against these companies using the libertarian, anti-corporate ethos that has made limited headway among conservatives in recent years, especially so-called free thinkers like Joe Rogan who Musk loves.

Democrats do not have to love Elon Musk in order to enlist his help. They do not have to laugh at his jokes. They do not need to become fans who buy Dogecoin and support all of his hare-brained schemes. But Democrats do need to realize that bored billionaires threaten the country and its political system. Elon Musk is not yet a sworn enemy like Peter Thiel or Charles Koch. He is a builder of electric cars and a man who could do good in the world. If it takes encouraging words and an activist campaign to push Musk to save the planet, Democrats should be all in.