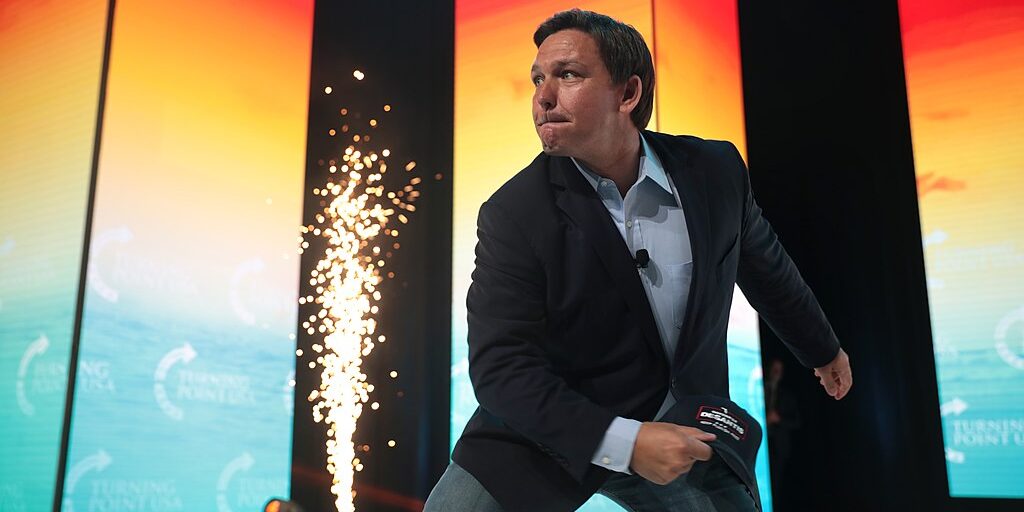 How do we know that Ron DeSantis is now a leading light in Republican national politics?  Simple – his own Republican controlled legislature is no longer willing to push back on his single handed Congressional redistricting of Florida, which could become a millstone as the governor seeks election to the Presidency in 2024:

In a joint statement, state House Speaker Chris Sprowls and state Senate President Wilton Simpson said legislative staff will not draft a new map for lawmakers to consider when they convene in Tallahassee next week for a special session on redistricting. Instead, the legislative leaders announced they intend to let DeSantis decide how to reapportion the state’s 28 congressional districts for the next decade.

Of course, race plays a role in this, as the Governor has previously drawn a Congressional map that eliminates two district with a significant plurality of Black Americans, which are currently represented by two Black democrats.  The kicker is that the Governor is drawing highly partisan maps because he expects to be sued over them, and to run this to the conservative Supreme Court as both a further assault on the Florida Constitution and its Fair Districts amendment – passed by the voters in a referendum – and a further attack on the federal Voting Rights Act:

DeSantis has recently said he expects a legal battle if he gets his way. His own map proposal eliminated two House districts — the 5th and the 10th — represented by Black Democrats. It was critiqued by opponents as a clear violation of a state constitutional amendment known as Fair Districts, which requires lawmakers to give minority communities an opportunity to “elect representatives of their choice.”
Given the conservative makeup of the state Supreme Court and the US Supreme Court, Democrats worry DeSantis’ effort could unravel the state’s Fair Districts amendment, approved by voters in a ballot referendum last decade to reduce political influence in the map-drawing process, and perhaps further erode the federal Voting Rights Act.

So what’s wrong with a governor governing?  Nothing I suppose, except he’s not following the law, nor is he following the will of the people as expressed by their legislators. Which is interesting, from the “small government” party, though entirely consistent with current Republican governing, as Avi Woolf reminded us this in his piece:

The lesson here, more than anything, is to look at what parties and leaders do in practice, not just what they say they will or wish to do. Ideologues and elites are important in providing ideas, policies, and the intellectual justification for both, but in the end – hard to believe as it is – it is the voters who have the last word in a democracy.

This should surprise exactly no on in DeSantis’ case – he’s clearly gone full strong man as he seeks to one up Donald Trump for the Republican Presidential nomination in 2024. He sees nothing wrong with denying Black Americans and other Florida citizens their full representation, and he’s perfectly content to pass heinous laws to do so in the belief that conservatives now control the law via the Supreme Court.

Every day, GOP politicians are telling us who they are.  We really need to do a better job of believing them.