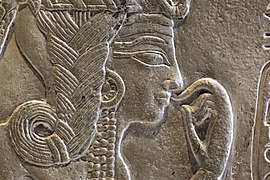 Apparently if you have scurvy your old scar tissue breaks down. That means that if you have an appendectomy at eighteen and then went sailing with a bunch of British pirates at age forty-eight, your surgically sewn up wound might re-open depending on the availability of citrus fruits.

That has nothing to do with this week’s column, but you come across things like that when you scan the internet for reasons to justify the theme of Piss Off Early, Tomorrow’s Saturday. I had one of those surgeries where they take out a bloated organ when I was eighteen and the pain was immense, until. I was curled up in misery. One shot of Demerol and I learned that I could never, ever, flirt with addictive drugs. I went from every nerve ending screaming out in torturous rage to blissful serenity in a needle prick of time. People throw their lives away for that kind of high and because of that hospital visit I know why. It was awesome. It was also an awesome warning. That said, siempra di no a las drogas (I got that phrase off a box of lettuce and I’m not really sure that it translates but please play along.)

This week you are Pissing Off Early, should you accept the mission, because of an abundance of monosodium urate monohydrate crystals deposition. That’s gout to you and me.

It’s supposed to be painful as all hell and debilitating too. It’s perfect.

Do your best to go eat with the higher ups and order something expensive and fatty. Fois gras is a great choice, especially if matched with a sugar heavy wine. It doesn’t have to be Chateau D’yquem, but if you’re bugging out, why not. If you have a co-worker or two at the table it’s a business expense. Go whole hog.

Spend a few post lunch hours variously moaning and saying “dammit,” but just almost out of earshot of your workmates. You want to present as a martyr, but you don’t need to waste your effort. People need to hear you “suffer.”

Sometime around three you need to hobble to someone of authority who has borne witness to your Herculean attempts to move the company forward despite obvious discomfort and ask if it would be alright if you dragged your miserable carcass of a being back home. Bam! You’re done, but keep the act up at least until you are out of the parking lot.

I suggest a pale ale or some crisp white from Sicily or Sardinia. Also, it’s opening day for baseball and my Orioles have at least a week before they are mathematically eliminated from playoff contention. Slainte!

Do you know who had gout? This jackass wine store owner that I had to deal with when I worked for a wine distributor. He had his closed down time where he would watch Magnum P.I. in the middle of the day and he wouldn’t deal with any delivery or sales calls, but he’d still expect you to stock your products sans payment. He would just shut down the place for Magnum hour. He was such an ass that the salespeople would call each other and mock his pain. He got his just desserts in limps and aches, and I don’t think it came just from desserts.

But like the first two paragraphs, the wine buyer has little to nothing to do with the thrust here. It’s about King George IV. That guy had gout. Royally.

The King was apparently an absolute ass. “A more contemptible, cowardly, selfish, unfeeling dog does not exist…There have been good and wise kings but not many of them…and this I believe to be one of the worst.” That was from an unnamed aide, and I apologize for not ensuring that the source has a name or is accurate or whatever but the first half of all of these posts is me instructing you about how to lie and possibly defraud if you are a salaried employee, so a little verification leeway is implied. You read this far. Story comes first.

Percy Bysshe Shelley, whose middle name will always look like a misspelling, was not a fan of the fourth incarnation of a British Monarch named George. It looks like he made fun of the reigning gout.

I need to ensconce the phrase “Not original to me,” because when I write these things I read all manner of views on what a poem means, consider various opinions, and then to detriment of the readership I assemble the most salacious interpretations that make me giggle.

Shelley wrote “Two vast and trunkless legs of stone / Stand in the desert” and he is talking about gout. At least I think so. Poetic middle fingers are so great and I’m pretty sure he’s aimed one right at IV.

Ozymandias is cast as a reflection on the passage of time and the mortality of effort, fame, and completion. It is that. But there’s also a dig at a de facto King, regent at publication time, who bitches about his ankles like a wine shop owner at a non-Magnum hour. The intent is to level. It shows us that as humans we are of a piece and oddly, the king’s hope to be remembered may be realized by the poem’s revelation at the futility of that hope.

Look upon me and accept. I am as you are and will be in the future. Dust to dust. Godspeed.

I read on Wikipedia that he broke sonnet rules with his rhyme scheme, but if there ends up some sort of brawl between Wikipedia editors and Bysshe I’m siding on the dead King mocker’s side.

I met a traveller from an antique land
Who said: “Two vast and trunkless legs of stone
Stand in the desert. Near them, on the sand,
Half sunk, a shattered visage lies, whose frown,
And wrinkled lip, and sneer of cold command,
Tell that its sculptor well those passions read
Which yet survive, stamped on these lifeless things,
The hand that mocked them and the heart that fed:
And on the pedestal these words appear:
“My name is Ozymandias, king of kings;
Look on my works, ye Mighty, and despair!”
Nothing beside remains. Round the decay
Of that colossal wreck, boundless and bare
The lone and level sands stretch far away.