Sunday Morning! “How I Became One of the Invisible” by David Rattray

I’ve been thinking lately that the mode of essay-writing that most of us are taught seems deficient and misguided, but I’m not quite able myself to break the mold as of yet. Border jumping ain’t easy.

Basically though, most of us are taught by high school teachers and humanities intructors to write essays that read a bit like lab reports: put forward a sort of working hypothesis, marshal evidence to prove the hypothesis, maybe work through a few counter-arguments and reject them, and then restate your central thesis. For the most part, keep it clear and concise and avoid digressions. If you go on to graduate school, you learn how to use this basic format in a lengthier form to summarize your original research. And quite often, essays on the Internet will follow the same basic format, while being a bit more blunt and simplistic and taking much more exaggerated positions in order to cut through the everpresent din. Internet writers are more aware of the audience, which is US. We’re spoiled for choices. We want the writer to get to their point and sell it to us quickly, like we’re at a shop counter, so we can decide whether we want to take it home with us. This way of arguing isn’t how our own brains work, yet we expect it from writers. 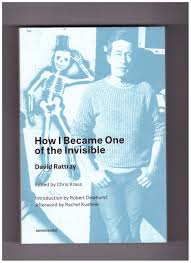 I’ve been thinking about this for the last few weeks as I’ve made my way through the late David Rattray’s book “How I Became One of the Invisible,” which breaks so many of these rules that I’m not even sure how to classify the thing. It’s a series of essays, yes, ranging from the autobiographical to literary to theories on poetics and various types of esoterica. The cover describes it as “a kind of secret history and guidebook to a poetic and mystical tradition running through Western civilization from Pythagoras to In Nomine music to Hölderlin and Antonin Artaud.” And that is accurate; Rattray’s mind wanders all over the place and he expects you to keep up, which is actually flattering. Often, the connections between chapters, and even consecutive paragraphs, are more poetic than they are linear. Instead of a lab report, the essays read like magic spells, bringing together disparate areas of knowledge to see how they amplify each other and for the effect the have on the reader. We’re watching a mind at play, rather than work, and Rattray assumes his ideal reader is smart enough to follow along. It helps greatly that he writes with clear lucidity about some of the hardest topics in the world about which to do so. 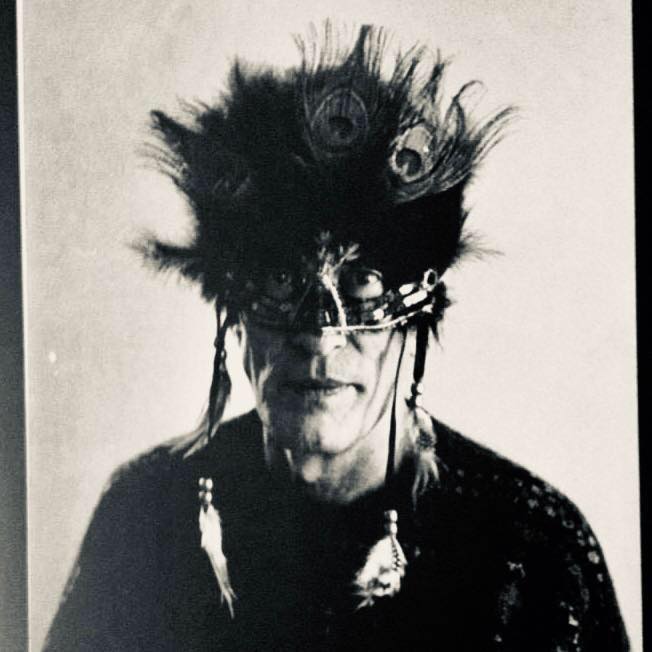 I found myself, at times, most grateful that Rattray was trained by the academy but got the hell out. He grew up in East Hampton, Long Island, where his parents owned the local newspaper, graduated from Dartmouth and did further studies at Harvard and the Sorbonne, but poetry and the vision of reality contained therein ruined him for academic life. Like the Beats, in the early chapters, he records some youthful adventures tramping around South America, whoring and taking psychedelics, but he was too smart to escape into his own navel like so many wanna-beats. Instead, he nearly broke his brain trying to translate Artaud in a mad contractual rush, worked as a translater, and researched and wrote for years for Reader’s Digest. That’s right- Reader’s Digest. He considered it a far preferable position for a wandering mind than a life of bureaucratized thinking in the Ivory Filing Cabinet.

And so, instead, he became one of the invisible, which Rattray describes as “a member of the invisible secret Utopia. It means somebody who is in this world but not really of this world. It is the antithesis of what they vulgarly call ‘exposure’.” That cherry-picked quote might sound pretentious, were David Rattray not writing so often about other writers. The book is only mildly autobiographical; really, he’s trying to memorialize friends and carry over ineffable ideas that have been passed down by figures as varied as Parmenides, Nerval, Pindar, and the nearly lost poet Stephen Jonas. Rattray was also central to bringing out and saving the work of the poet Alden Van Buskirk, who died at the age of 23 from a rare kidney disease; and he helped smuggle Artaud into the English-speaking world. His life’s work, then, was motivated by love, which functions best in its selfless, mystical mode.

I found this lifework in Mast Books, an East Village honey trap for the art and literature addicted. Rattray lived in the East Village for years and I believe the book was pulled together by those who loved him as the sort of dime store Socrates that one still finds in that corner of the invisible world, a bearer of mystical vision over cups of black coffee.

And that’s where David Rattray’s work is always pointing; underlying all of these essays is a vision of poetry as a means of accessing another world, Emily Dickinson’s “another sky.” He’s talking about poetry as a way of moving towards something, transcending the mundane, poetics as a mode of being, an ontology; the language spoken in the tension between imminence and transcendence. He’s not the first; one thinks of the German Romantics, the American Transcendentalists, and Lamartine’s poet/prophet; and before them the neoplatonists, the Sufi poets, the desert fathers…

Of course, everything they spoke about is nearly impossible to put into words, almost by definition. One can hardly write about sex or rapture without inspiring laughter. But poetry gets us closer to the world of the spirit whose walls art seeks to leap. We must go alone, but it serves as a guide, the coyote that smuggles us in. But not in a direct line. Accordingly, David Rattray’s essays zig and zag and cross borders wantonly. I was reminded more of Montaigne, an essayist everyone cites, but few read; Montaigne’s attention roams all over the place; his train of thought jumps the track every few paragraphs. Which is probably why his essays are purely pleasurable to read. As with Rattray. We need these types of crackpot seekers and teachers. They expand our minds and widen our souls. Even though they almost never get to the point!

And so, fellow seekers, what are YOU reading, writing, pondering, playing, creating, or transcending this weekend?