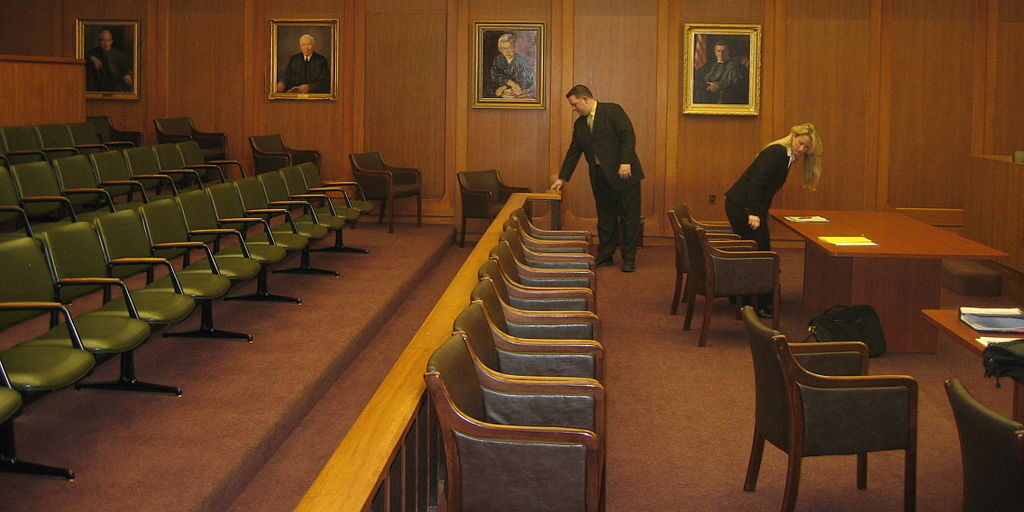 WW1: The legal profession gate keeps. The traditional route requires first a bachelor’s degree at minimum, and then the Law School Admissions Test (LSAT). Then if you manage to convince a school that you belong in their ranks and they deign to let you in, there is your hellish year as a “1L”, (fancy lawyer speak for first year law student,) where they throw the worst at you. It can be a grueling course of study, especially for those who’ve up until that point had a natural aptitude for academics without much effort who suddenly really do have to close-read the material. I started law school armed with an English degree and found myself unable to write a legal brief that would please my legal research and writing professor.

Once you muddle through and find yourself one of the lucky survivors, the next two years are easier – or at least they seem to be; it could be that one simply adjusts to the rigors. It’s still not easy, but with effort and determination you will finally find yourself staring down the last semester as a 3L, fingers crossed that your stamina holds out through your last round of finals. And then you make it; you get your purple hood1 and your Doctorate of Jurisprudence.

But you aren’t done. After approximately 20 years of schooling (more if you want to count pre-school or if you took longer than 4 years in undergrad) and the gauntlet of your legal studies, you still have not earned the right to practice law. In late July after your graduation, you must sit for yet another exam, the granddaddy of them all, the Bar Exam(which is not free, and cost several hundred dollars per attempt back in my day.) Most law students pay a few grand to take a review course for the Bar, because while you might think that you should be able to pass armed simply with the knowledge you just spent 3 years and tens of thousands of dollars (or more) amassing, it doesn’t really work that way, in general.

You never really know in advance just what exactly will be on the test. You know generally what areas of law may be on it, but you don’t know for sure until it is passed out to the group of sweaty, nervous, anxiety-ridden test takers. When I sat for it, to the best of my recollection, there was a multiple choice section and an essay section. A google search fills in what my memory has blocked out for my own sanity: 200 multiple choice questions, 6 essays, and several parts with long-form answer requirements (like “write a memo to the senior partner explaining…”) Passing the Bar requires pulling from memory random points of law that you have learned over the preceding 3 years in hopes you remember enough of whatever random practice area is in question. You may not use any reference materials.

It was terrible, quite frankly, and had I failed, I am not sure I would have bothered to take it a second time. But it was necessary to prove my competency to take on the heavy responsibility of handling folks’ legal needs, right? Well, I’ve never thought so. For one thing, I have access to all the legal knowledge reference materials I’ll ever need right under my fingertips as we speak. It is not necessary to memorize obscure case law and while most lawyers develop a good baseline of stored up knowledge, it is a poor and reckless lawyer who does not research an issue before raising and arguing it. What is important is the ability to apply the law to the facts and form a strong and coherent argument. Knowing the rules of procedure for your jurisdiction and following them carefully is important, too, as is managing clients and their expectations. The Bar Exam is more concerned with how much esoteria you can memorize.

I have no doubt that some schools are better than others at actually teaching how to practice law instead of the theoretical basis for it, but the bar exam is no measure of that, in my opinion. It’s just another obstacle to be defeated before one can call themselves esquire.

That’s about to change, apparently, and not a moment too soon. If this is accurate, the exam will be changed to a format which allows test takers to use reference materials. This is not as easy as looking up the answer and parroting it; this means you find the relevant statute or case law and then convincingly apply it to a given set of facts. This is what lawyers do. Imagine that – a bar exam that actually tests competency!

WW2: As of the time of this writing, the country is still awaiting a ruling from the Supreme Court on two federal vaccine “mandates”, one from OSHA and one from CMS. The OSHA “Emergency Temporary Standards”, requiring employers with 100 or more employees to require vaccinations, or weekly testing and face masks for the unvaccinated, took effect Monday in the absence of the Court ruling otherwise.

WW3: Multi-millionaire and suspected multi- murderer Robert Durst died in a prison hospital this week. Durst was the subject of the HBO true crime documentary “The Jinx” and was convicted earlier this year in the 2000 shooting death of his friend Susan Burman. He once stood trial for and was acquitted of the murder of his neighbor, and was under indictment for the murder of his own wife, Kathie, who disappeared in 1982. Because Durst died while his conviction was under appeal, his attorneys have asked that his conviction be vacated.

WW4: If it doesn’t come from the Gruyere region of France, it’s just some generic cheese, says “a consortium of French and Swiss cheese makers.” A federal judge says, “no it isn’t, cheese snobs.”

WW5: You may remember Hoda Muthana, the American born daughter of a Yemeni diplomat who became an “Isis bride” and later wanted to move back to the United States. Her return was opposed by the Trump administration and in 2019 a court determined she did not have birthright citizenship and no right to come back to the US. This week, her appeal of this decision to the Supreme Court was denied.

WW6: Also this week, the Court is considering whether immigrants fighting deportation hearings should be entitled to bond while waiting for their court dates.