What Joe Biden Needs to Avoid in the 2022 Midterms 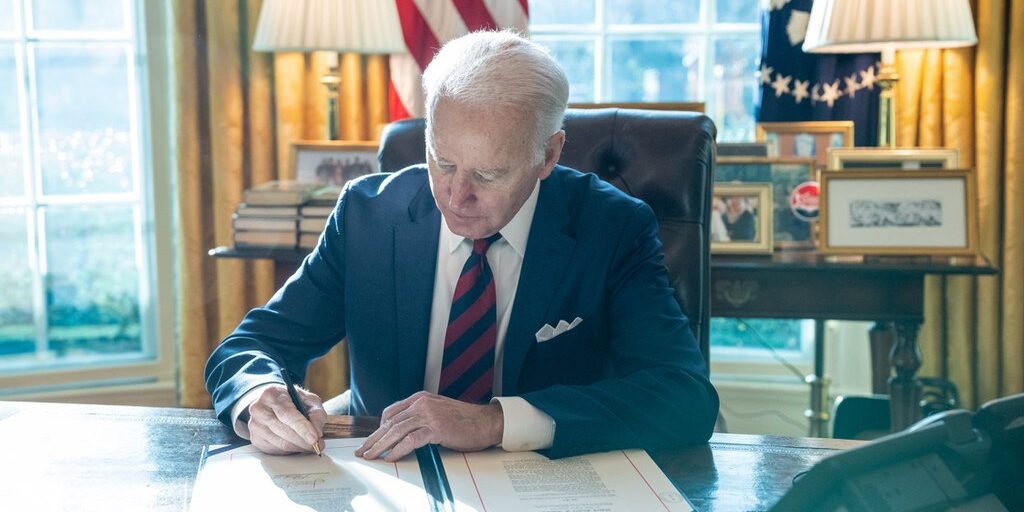 Photo by The White House, Public domain, via Wikimedia Commons

This week will mark ten months until the first midterm election of the Joe Biden administration, and the political class has not yet decided what the theme of this election will be. Many determining factors remain to be decided. Republicans may nominate unelectable candidates in close Senate races, making their hopes of regaining that body more difficult. Democrats may pass a Build Back Better plan that validates Biden’s agenda and gives him a boost before November. But in general, political observers believe that Democrats will be facing headwinds and are already trying to decide what a 2022 defeat would mean for the party.

The expectation is that Joe Biden will lose one house of Congress in next year’s midterm elections. Such a loss would be routine. Nearly every president in American history has lost seats in their first midterm election. Unlike those who came in with significant margins, Biden’s House majority of four seats has no room for error. Every president since Franklin Roosevelt, and every president but one before him since 1866, has lost four or more House seats in their first midterm. Several of those presidents had decent poll numbers and were presiding over better-than-average economic conditions. First midterm defeats are more of a consequence of a two-party political system than any reflection on a particular president’s political acumen.

Such a defeat is eminently worrying to both political observers and the Democratic Party. After all, both are convinced (with good reason) that the Republican Party is an authoritarian group of obstructionists and sycophants to former President Trump. Giving that group power in such a volatile time is alarming. Who knows what they could do with one half of Congress? Observers believe that government shutdowns and potential debt defaults are just two of the tools Republicans will use to cut government spending and doom the party that controls the White House.

But the poor prospects for Biden’s party do not mean that he has nothing to fight for in November. Indeed, it may be less important that he loses the House than how much he loses the House by. A minor defeat of a few seats or even a dozen would not mean the end of the world. It would in fact leave Democrats with a prime opportunity to retake the branch in 2024. They could bide their time and focus on the Senate and executive orders while Kevin McCarthy and House Republicans preen for the cameras and hold symbolic votes. A two-year Republican majority would be similar to earlier two-year majorities that have mostly been forgotten by history.

The alternative, however, is more harrowing. A forty-seat defeat by Biden in November would be much tougher to overcome. It would entrench House Republicans for years. The blowouts in 1994 and 2010 led to majorities for House Republicans that lasted twelve years and eight years, respectively. During those periods, significant midterm wins helped lead to Republican trifectas that resulted in bills passed and significant headaches for Democrats. Ten years of Republican rule now could make it much easier for the party to restrict civil rights, change voting laws, and entrench its governing coalition. A Democratic landslide in 2024 or 2028 of between 25 and 35 seats, a prospect that has happened six times in both parties since 1900, would mean little if Republicans had a forty-seat majority.

Democrats are understandably worried about giving the Republican Party any branch of power. Republicans have proven themselves unfit to govern in many ways and in many potential situations. But at this time, the focus should be on the party’s realistic prospects and on lessening any damage that may occur. Democrats should focus on 2022 for what it might mean both for the next year and for the next two or three elections.