Throughput: The Year in Science 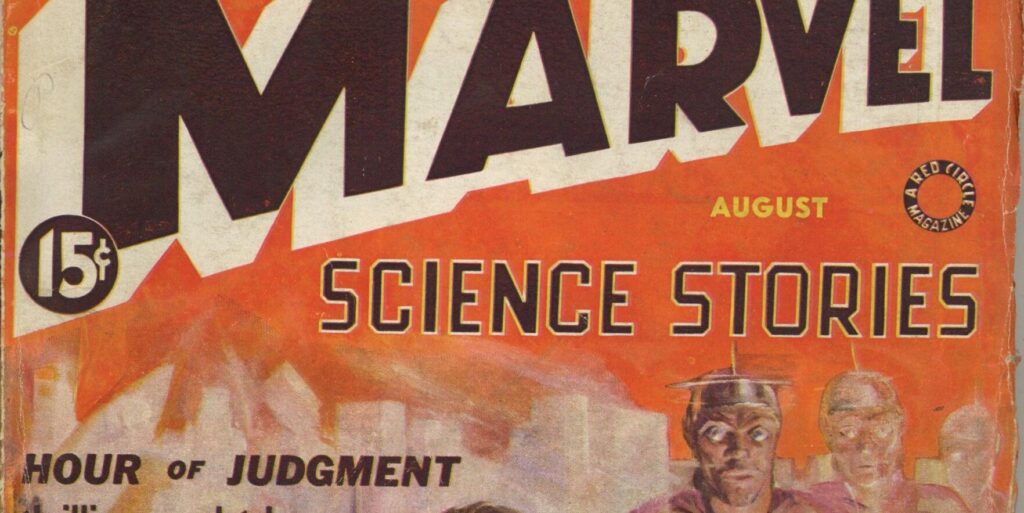 One of the things I talked about it my most recent guest appearance on Andrew’s show was the year in science. 2021 an improvement over 2020 in many ways; there was no election for one thing. But it was a banner year for science. In going through the list of science stories, I was hard-pressed to narrow it down to just a few highlights. But here’s a look back at the year that was and a look ahead to 2022.

Obviously, the science headlines were dominated by the worst pandemic in a century. It’s infuriating that we continue to go back and forth with denialists of all stripes. But despite the furor, tens of millions of Americans rolled their sleeves up and took the vaccine. The result was a spring and summer that was almost normal. And while Delta and Omicron have sent infection numbers to unprecedented highs, the vaccines are preventing an explosion of hospitals admission and an unthinkable wave of death. 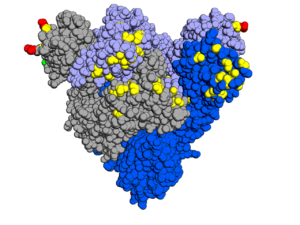 There is a growing belief that Omicron is so infectious, we’re all going to get it despite the efforts of the last two years. But that doesn’t mean all the shutdowns, masking and vaccination was a failure; it means it was a success. We flattened the curve long enough that the combination of vaccines and a milder variant may get us to the point where COVID is endemic but not a holocaust. As Pfizer rolls out their protease inhibitor and as we continue to make progress on vaccines, our position will only get better.

That’s not to say COVID doesn’t have more tricks up at its sleeve — it could still mutate into something much more lethal. But we are in a far better position than we were two years ago, with an arsenal of biotech weapons at our disposal. That’s good. That’s amazing. That’s reason to hope.

For 2022, we’ll need more genomic surveillance, more testing and perhaps occasional return to protective protocols. But the growing promise of a universal coronavirus vaccine along with a growing list of therapeutics means we continue the war not downcast but hopeful.

This year was a banner year for space. Perseverance landed on Mars. Celebrities and billionaires took short trips into space. JWST launched with enough fuel left over to go beyond its projected ten-year lifetime. We took our first steps in planetary defense. China began construction of their space station. Astra’s new rocket did the moonwalk. All in all, 2021 saw the human race send 135 vehicles and 48 people into space.

How Does The James Webb Space Telescope Work? - Smarter Every Day 262

For 2022, we’ll hopefully see the first images from Webb. NASA will launch its Pysche probe to visit another asteroid. New vehicles from Vulcan, SpaceX, Ariane, Blue Origin, Boeing and others are set to have their maiden flights. It’s going to be a lot of fun.

For all the success of the COVID vaccines, 2021 may go down as the year another vaccine came out: the malaria vaccine. Malaria ills at least 600,000 people every year and the first approved vaccine could cut into that dramatically. 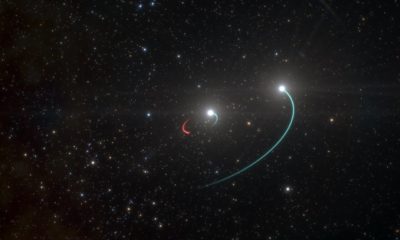 This artist’s impression shows the orbits of the objects in the HR 6819 triple system. This system is made up of an inner binary with one star (orbit in blue) and a newly discovered black hole (orbit in red), as well as a third object, another star, in a wider orbit (also in blue). The team originally believed there were only two objects, the two stars, in the system. However, as they analyzed their observations, they were stunned when they revealed a third, previously undiscovered body in HR 6819: a black hole, the closest ever found to Earth. The black hole is invisible, but it makes its presence known by its gravitational pull, which forces the luminous inner star into an orbit. The objects in this inner pair have roughly the same mass and circular orbits. The observations, with the FEROS spectrograph on the 2.2-metre telescope at ESO’s La Silla, showed that the inner visible star orbits the black hole every 40 days, while the second star is at a large distance from this inner pair. Credit:
ESO/L. Calçada

This was another good year for black holes. Well, when you’re at the bottom of a gravitational singularity, every year is a good year, I guess. But we discovered the first intermediate mass black hole, found the second nearest black hole and continue to pull more mergers out of the LIGO data. In 2022, we will continue to see work on this subject, including the possible return of LIGO to operational duty.

There have been a lot of exciting advances in robotics. But for me, some of the most amazing have been from the Braingate folks. No, Braingate isn’t an incomprehensible Washington scandal involving Devin Nunes, a chicken and a frying pan. It’s a computer control system that allows paralyzed people to control robotic limbs with their minds. They made some great progress this year and I’m eager to see how scalable this tech is.

And speaking of medical miracles … I was recently doing some research on Type 1 diabetes for a story I was writing. It turned out, I was behind the times. The technology has advanced so rapidly that many people with Type 1 can wear two little implants — a monitor and an insulin pump — to keep it under control. There’s even talk of combining the two to create what would effectively be an artificial pancreas.

Ok, it’s just one dude. A stem cell treatment revived his body’s ability to regulate its blood sugar. But it’s an extraordinary result. And yet another sign that biotech is racing to the future.

2021 saw the number of known planets creep closer to 5000. And we’re learning more and more about those planets as time goes on. The day is coming — probably within the next decade — when we will find our first habitable planet outside of our Solar System. 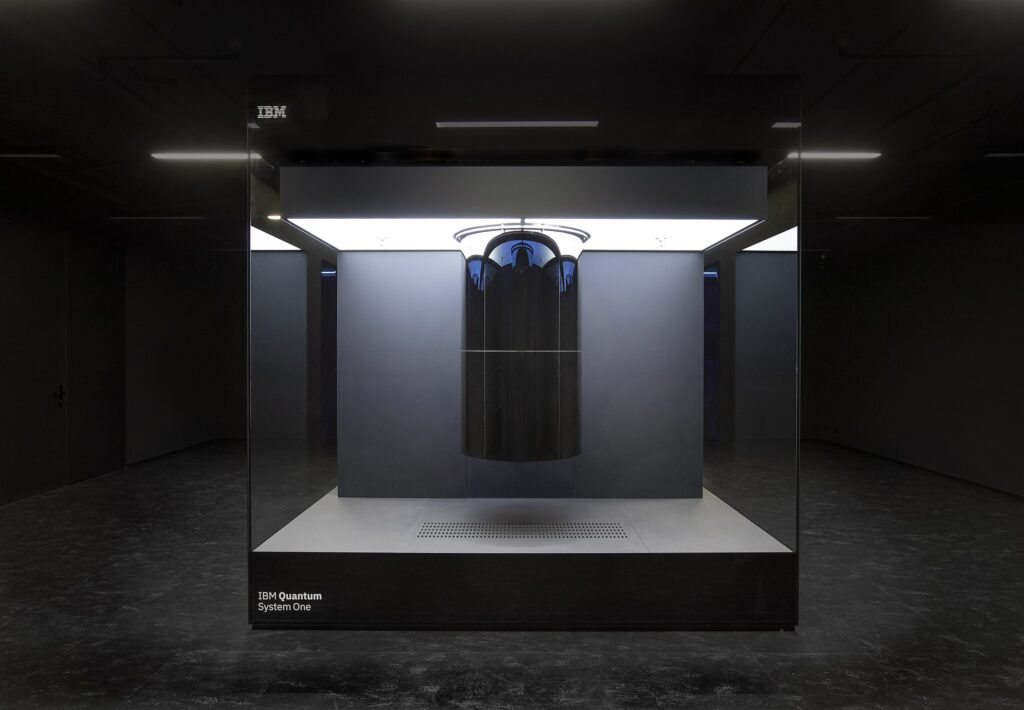 Sometimes it is years before we know that a corner was turned in science. Much of what I’ve posted about this year has been progress on long-term scientific goals. Maybe these will pay off down the road; maybe not. But we saw movement down the field on universal flu vaccines, quantum computing and nuclear fusion. We saw the first cracks in the standard model of particle physics and new results on dark energy.

We are in a golden age of science. The vast majority of scientists who have ever lived are alive and working today. Here’s hoping they kick 2022’s butt as hard as they kicked 2021’s.