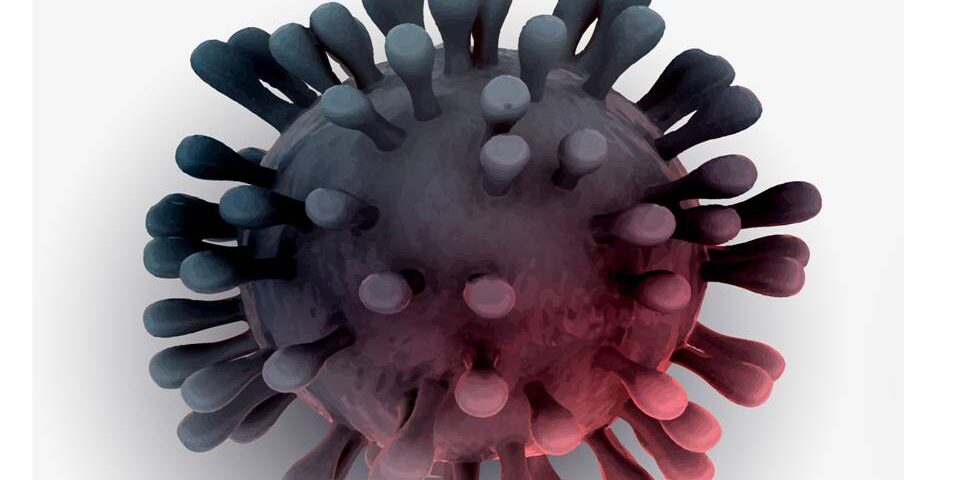 [ThTh1] Last week, one of the most popular podcasts in America — the Joe Rogan Experience — hosted physician Peter McCullough to talk about COVID-19. He made a variety of claims that we’ve heard before — that vaccines are dangerous and unnecessary, for example — combined with bizarre conspiracy-mongering, claiming that the medical establishment is refusing to use therapies like ivermectin and hydroxychloroquine (HCQ) in order to push vaccines and that it is they, not the virus, that bear responsibility for hundreds of thousands of deaths. Yes, that’s right. He’s claiming tens of thousands of healthcare professionals — those same professional who are to the breaking point with COVID — are deliberately not curing people because reasons.

The interview lit up the twitters, instantly becoming a sacred text to COVID skeptics who chattered about how reasonable and knowledgeable he sounded. I watched as much of the interview as I could stomach.

One of the tactics used by anti-vaxxers, and one McCullough uses, is to throw out a rapid series of talking points and references to make them sound knowledgeable and authoritative. But addressing even one of those talking points or debunking even one of those references can take an entire article. You could spend ten hours going over why the claims made in one hour are false or misleading. This is a tactic I have encountered many many times with conspiracy theorists. They will throw a dozen claims. Someone will spend a great deal of time and effort debunking three of four of them. And the deceiver will then say, ‘Oh, so the other claims are fine, then?’

But I still think there is value in showing what is being done here on a fine scale. As Andrew noted in his response, you have to consider the source. If they have a history of dishonesty, maybe you shouldn’t trust the things they’re saying. Andrew focused on McCullough being sued by Baylor for continuing to claim association with them. I’ll focus on just one scientific issue to illustrate why you should take everything else he says with enough salt to fill the Dead Sea. You can check also out Dr. Z’s long video or ORAC for more.

At one point, McCullough makes the claim that you can’t catch COVID-19 twice; that “natural” immunity is 100%. Rogan, to his credit, calls him out on this, pointing out that he personally knows people who’ve caught it twice. McCullough then claims that these people didn’t have COVID-19; they had a bad flu that a false positive on a PCR test said was COVID-19.

The mention of PCR is a warning sign. As I’ve noted, anti-vaxxers love to make false claims about PCR tests. However, the PCR false positive rate isn’t nearly high enough to account for all the double infections. We know this because, when COVID-19 has been in retreat, the test posivity rate has been below 1%. Moreover, we can detect COVID-19 antibodies in people who’ve been infected. We can see that they’ve been infected and we can see those antibody levels fading. In fact, it would appear that the best immunity is afforded to those who’ve had an infection followed by vaccination. Are the serology tests false positives too?

Note also the anti-vaxxers know about serological studies. A year ago, they were citing serological studies as supposed proof that there were millions of undiagnosed asymptomatic infections out there and we actually had herd immunity and therefore didn’t need vaccines. They put forward Manaus — which have been devastated by COVID-19 — as an example of what the rest of us should do — only to go conspicuously quiet when a second devastating wave hit the city. So they are or should be well aware that we have a trove of evidence from multiple directions showing that, yes, Virginia, you can get COVID twice. Or even three times.

And the thing is, that this is such a stupid and unnecessary deception. If McCullough had said that natural immunity is better than vaccine immunity, many people would argue with him, but at least it’d be a debatable point.1 If he had made the point that a prior COVID-19 infection should count as the equivalent of a prior vaccination — e.g, if you’ve had COVID-19, getting the first vaccine is effectively a booster — I’d actually agree with him. But to make the demonstrably overwhelming false claim that infection immunity is lifelong is bizarre. It’s like a small fib isn’t enough.2

Dr. McCullough is not some random palooka. He’s a cardiologist, was vice chief of internal medicine at Baylor and is a professor. It’s bizarre to watch someone of his considerable stature go off the deep end like this. I have no idea why he has thrown in with the cranks. It’s not just infuriating; it’s sad. And a demonstration of how even a smart man can fall prey to conspiratorial thinking.

[ThTh2] The situation with the omicron variant is changing almost on an hourly basis. What we think we know now is that omicron has been in the United States for weeks. It is incredibly infectious, at least twice as infectious as delta, maybe ten times as infectious as the wild COVID-19. Vaccines still have efficacy in reducing both the likelihood of infection and the severity of it, although boosters help a great deal. It appears to infect the upper respiratory system, which the original COVID did not do, which makes it more infectious. But it also may be why early data is showing it is less dangerous, with hospitalization rates half or lower than delta. If it’s less likely to cause pneumonia, it’s less likely to kill.

Putting all this together, the next few weeks could be very bad. We will likely see a huge surge of infections. And even if omicron is only half as deadly as delta, that will still mean a huge number of people going to the hospital and a lot of death because exponents are very powerful things. But the good news, I guess, is omicron will go through the population very fast. By the end of February, everyone will either be vaccinated or have had omicron.

The advice has not changed: get vaxxed, get boosted, wear a mask. Because “mild” covid is a relative term. It is still deadly, especially if you are unvaccinated. It will still make people sick for weeks, possibly give them long COVID and may cause permanent damage. And, as I’ve noted, viruses are not Pokémon. They don’t reach a final form and stop evolving. Every infection is another chance for a new variant to emerge. A vaccine may not completely protect you but it will dramatically cut your chances of ending up in the hospital or the morgue. And, at this point, anything we can do to slow the spread will help our hospital workers get through yet another awful wave.

[ThTh3] And in still more COVID news, the FDA has approved Pfizer’s protease inhibitor for home use. While we will not make enough to deal with the omicron wave, this could be a useful treatment down the road. And finally, Walter Reed has completed phase 1 trials of a universal COVID vaccine. There’s a long long road to drive on this one though.

[ThTh4] It is possible we will finally end the Zeno’s Paradox that is the JWST launch. Currently on the schedule for Saturday. 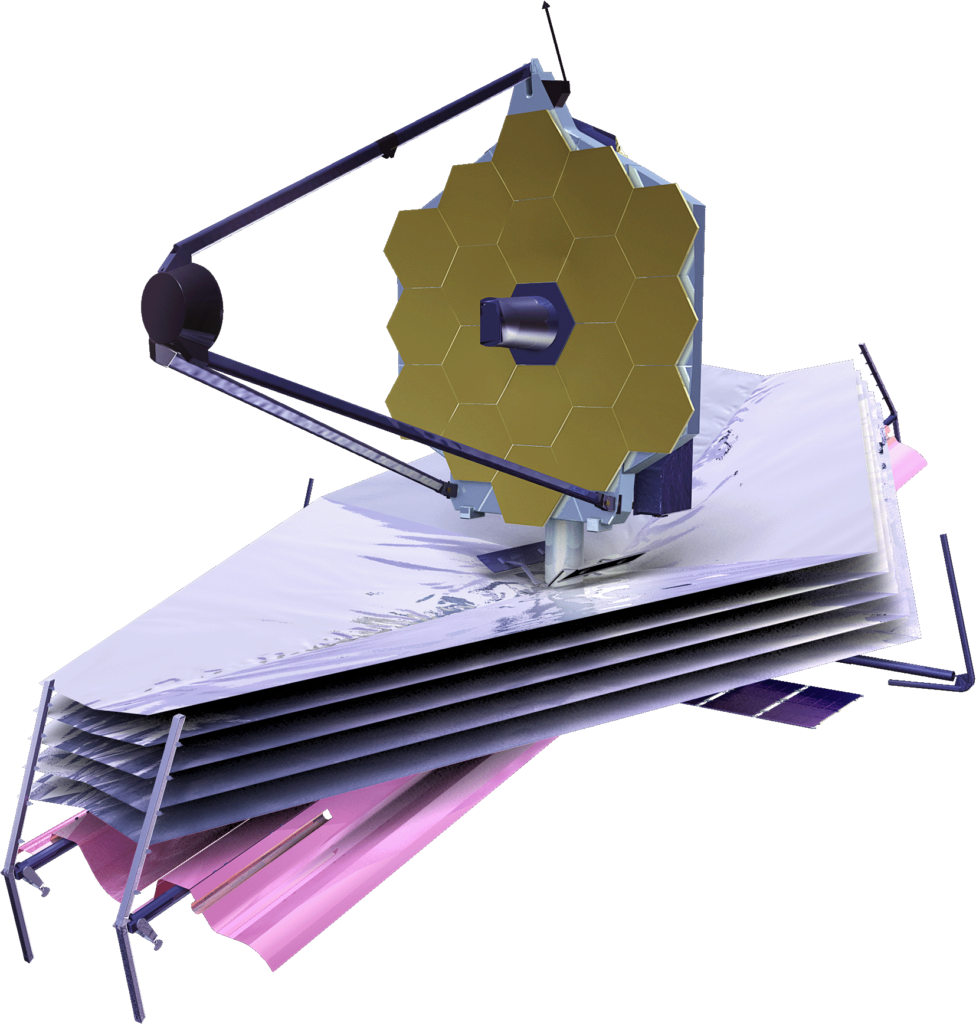 After a two-decade wait, the JWST may finally launch this weekend.

[ThTh5] To be honest, I feel like I’ve been quantum entangled for almost two years (H/T: Will).

[ThTh6] This is just a stunning video of Comet Leonard:

This is Comet Leonard, moving against the backdrop of the Milky.

And those bright stars at upper right? They're actually planets—Venus and Mercury.

All seen, last week, by a spacecraft that's orbiting the Sun. pic.twitter.com/CrAlFsx882

Note that the comet has two tails. The bright ion tail points away from the Sun, no matter which way the comet is moving. The dust tail points along the orbit. The motions of the planets and the comet are mostly from the motion of the spacecraft itself.

[ThTh7] And here is a stunning picture of the comet, which has brightened considerably in the last week. If you have a pair of binoculars, you might be able to catch it just after sunset, left of Venus and below Jupiter.

[ThTh8] If this is true, why do they get fooled when you pretend to throw the ball?