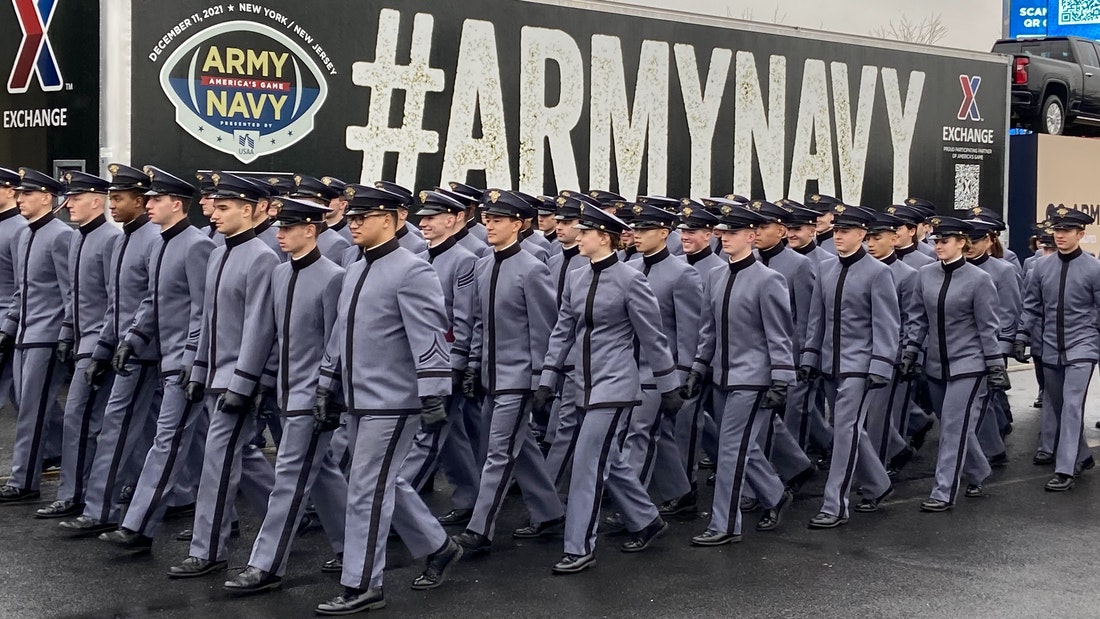 While I love sports, I never cared much for its non-fiction. These books are typically written by a team’s beat reporter as a side hustle — either as a way to cash in on a championship season or as a quasi-ghost written authorized biography of some coach or player. Very rarely do they provide the type of insight worth the time commitment required to read them. At least that’s my long-held opinion.

However, twenty years ago I was convinced by a co-worker to read John Feinstein’s A Civil War: Army vs Navy. My friend’s enthusiasm for the book won me over, and I was glad I took his recommendation to heart.

The book chronicles the 1995 college football season, alternating between the happenings that year at both West Point and Annapolis, culminating with the big game in December. What resonated with me weren’t the wins and losses, but the traditions and the meaning of the rivalry.

Despite Army and Navy’s steady decline into college football irrelevance, this particular event transcends the sport. In many ways it’s a wonderful relic of America’s amateur tradition. While college football has grown into a corporate leviathan, the service academies persist on the fringes of this big business. Occasionally they enjoy momentary competitiveness with the big boys, but ultimately they are resigned to their place — which is with one another.

After reading the Feinstein book, I promised myself that one day I’d go to an Army-Navy game. It’s usually in Philadelphia (equal distance between the academies), but occasionally is played in Maryland. Rarely is it played in the New York area, but it returned to the Meadowlands this week for the first time since 2002.

I had no set plans to go, but on this unusually warm December Saturday morning I checked StubHub and saw a single seat that was too good to pass up. I bought it and headed to East Rutherford.

The first thing that struck me was parking lot. I arrived at 11am for a game that wouldn’t start until after 3pm. I was glad I got there when I did — the place was packed. Quite the contrast to going to a Jets or Giants game at Met Life Stadium. Especially this season when you can roll in 20 minutes before kickoff and be in your seat for the National Anthem.

Finding a parking spot out by the stables, I walked the lots and circled the stadium soaking in the atmosphere. And there was quite a bit of it.

Seeing the West Point Cadets march into the stadium was impressive, as was the military hardware they had stationed all around the MetLife’s perimeter.

Heading into the stadium when I was given the choice between Army and Navy rally towels, I picked the Golden Knights. Over the years, I’ve always pulled for Army in this rivalry. My family connections to the military are not incredibly strong but growing up in New York and having both my grandparents serve in the Army during World War II, backing them always seemed the logical choice.

When I reached my seat in Section 115C, Row 10, it was, of course, directly situated behind the Navy bench. I found myself between a Navy Midshipmen (who was sitting with his parents for the first half) and a kind family matriarch (who probably remembers when Roger Staubach was a captain like it was yesterday.)

When I said hello, she asked me “Who are you rooting for” and quickly added with a smile “be careful.” I said, “a good game” and “we’re all on the same team here.”

This was a genuinely true response.

Because of the fog and wind conditions, the game ball delivery via parachute drop did not take place, but the other pre-game ceremonies were a treat.

The “prisoner exchange” has to be one of the best of the Army-Navy traditions. Seven Cadets and Midshipmen spend a junior year semester at the other institution. Before the game, they are marched to midfield and released to join their respective academy’s for the game. Being granted that permission, they sprint towards the student sections and are pulled up and over the wall into the stands.

The teams are introduced with accompanying flyovers in opposite directions. This year, Navy went first being led out onto the field by four FA-18 Super Hornets that screamed overhead. Coming from the other direction was the Army squad with four Night Stalker helicopters that buzzed the stadium lights.

As for the game, it did not disappoint either. Having won four of the last five meetings, Army (bowl eligible at 8-3) entered the contest as a 7-point favorite. For Navy (3-8), this would be the last game their seniors would ever play.

It started out badly for Navy. On the third play from scrimmage, Army QB Christian Anderson zipped through the Navy defense going 56 yards giving the Black Knights a quick 7-0 lead. It seemed a blow-out would be more likely than not.

But Navy was resilient. On their first position they went 83 yards in 11 plays to tie the score. Hope was restored in the Navy section. The rest of the first half saw Army move the ball but unable to hit pay dirt. They settled for two field goals and 13-7 halftime lead. Navy was still in it, fortunate to be down only six.

Truth be told, the halftime ceremonies were not nearly as impressive as pre-game. The marching band was fine. I enjoy a good marching band. But Lee Greenwood singing (lip-synching?) “I’m Proud to Be an American” is not my jam. That said, the crowd really seemed to enjoy it, and that’s really all that matters.

Regardless, Navy used that time well. They took the 3rd quarter kickoff and marched 78 yards in 10 plays to take a one-point lead. It was all they would need. Navy’s halftime adjustments frustrated the Army offense who could not find the rhythm they enjoyed in the first half.

Navy tacked on a field goal late (with the assistance of a fake punt that extended the drive) and withstood one last desperate drive by Army.

After Navy took over on downs with just 2 minutes to go, all that was left to do was to take three snaps in victory formation. Final score Navy 13, Army 7.

But the Army-Navy Game leaves the best ceremony for last.

As is tradition, both teams join in singing each other’s alma mater after the game is over. The losing team goes first. On this evening, the singing was understandably subdued for the Cadets. An otherwise great season was torpedoed (sorry) by losing the only game that really mattered. It’s a shame really. Army had a phenomenal season otherwise.

Conversely, as you can watch below, you will see the Navy players as they rush to their section of fellow Midshipmen to “sing second” in full-throated joy.

The Army-Navy Game is uniquely — authentically — American and an honor to behold. To witness all of this in person is something I recommend to anyone, sports fan or not.

John Puccio is a communications consultant from New York, living in New Jersey, who self-identifies as a Floridian. He majored in History at Loyola University Maryland back when it was still just Loyola College. A lapsed stoic, John is a life-long New York Jets fan, which explains a lot.