The Month in Movies For November 2021 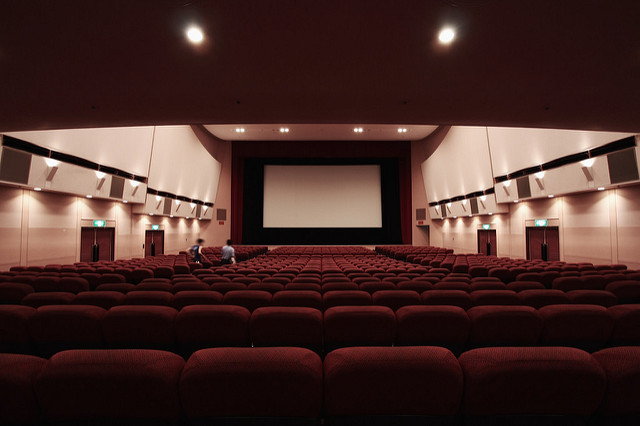 I only managed to see three movies in theaters in the month of November, but I made it up with thirteen additional films on streaming or otherwise. Just not that many new wide releases last month. Odd, that. Important to note since it actually matters this month, movie of the month can only go to a new movie. If I watched an old movie I loved, it cannot win that honor. MILD SPOILERS AHEAD!!

This was disappointing, even though I went in with very low expectations. In what is probably the worst movie in the MCU, we follow a bunch of characters with names we don’t get enough time to learn with a collection of powers that don’t seem to be properly utilized or fully explained. And there’s a twist I saw coming a mile away. Character motivations are all over the place. Some of the flashbacks, and there are way too many of those, cut in seemingly at random points. I don’t want to say this movie is a failure, but it gets the barest possible passing grade. A C-.

The best movie I saw in theaters this month. A nostalgia-riddled good time. I don’t know why it took Sony so long to hire the director son of the original movie’s director to do a sequel in this franchise, but I’m glad we have it now. Some of the cameos are very brief, including one from an actor not previously associated with the franchise who gets less than thirty seconds of screentime. Paul Rudd and the main character, the granddaughter of Egon Spengler, put in two excellent performances. I give it a B+.

I did not realize the story behind the Gucci family was so bonkers. I explicitly went into the movie without looking it up. Wanted to be surprised… Although the trailer telegraphs a certain plot point late in the film pretty explicitly. All the acting is great from the stellar cast, especially Lady Gaga and Jared Leto of all people, but the movie is longer than it needs to be. This is a solid B.

Other than movies, there are a few shows I want to discuss. While I did finish Warrior (excellent,) I got really into Cold Case last month. I love murder mysteries, and the conceit of this show in particular is well done. Hawkeye also started streaming on Disney+, and the fourth season of Young Justice started a couple months ago on HBO Max. I like both of them, but they’re not blowing my mind so far.

The Harder They Fall is a Netflix Western using people that actually existed but in scenarios that didn’t actually happen with a predominantly black cast. This is a solid Western with good performances from everyone involved. Idris Elba and Jonathan Majors are especially good. The twist at the end was really stupid, but the rest of the movie makes up for it. It’s a B+ from me.

I watched my favorite horror movie of all time as my girlfriend had never seen it. Scream is an excellent film. Great script, plot, dialogue, kills, and twist. Wes Craven’s masterpiece that reinvigorated the horror genre. It’s easily an A+.

My favorite horror film followed by a terrible one. Ice Cream Man stars Clint Howard, Ron Howard’s brother, as the titular character. This movie sucks hard. The acting is terrible, the script is awful, the kills are unimaginative, and the pacing is slow. A boring slog. F without a doubt.

Precious is a movie I’ve wanted to watch for years and finally saw. It is incredibly depressing. The titular character’s life is irreparably messed up. I won’t get into the details because they’re just so disgusting, but the movie tries to end on a hopeful note even though Precious is almost surely dead within a decade. The acting is good, but the movie is way too long and depressing. This is a C.

Easily the worst movie I saw this month, Cries Unheard: The Donna Yaklich Story is awful. F isn’t even the half of it. Just skip this movie. Forget you even heard about it.

Red Notice was OK. Par for the course for most Netflix films, it was enjoyable but largely forgettable. The Rock, Ryan Reynolds, and Gal Gadot are fun together, but the twist near the end of the movie is stupid. I give it a C+.

Army of Thieves, another Netflix movie, is a prequel to the Zack Snyder zombie movie Army of the Dead released earlier this year. It follows probably my favorite character from that movie, the German safecracker Dieter. The actor playing Dieter is the affable lad I liked in the first film. A decently enjoyable time. A B-.

With family, I rewatched a movie I hadn’t seen in years. The Hunger Games, the first one. I enjoyed it more than I remembered. It gets a B+.

Psych is one of my favorite shows of all time, so I knew I had to watch Psych 3: This is Gus. I greatly enjoyed it, although it is likely the worst of the three Psych films. The couple of cameos we get are quite enjoyable, though. This is a B+.

My fifth favorite movie of all time and a yearly Thanksgiving tradition in my family. A+, obviously. Planes, Trains and Automobiles is one of the greatest comedies ever made and easily the best Thanksgiving movie ever made. Steve Martin and John Candy are an absolute delight together. John Hughes’ best movie without a doubt.

King Richard, as a Warner Brothers picture, was streaming on HBO Max. It tells the story of the early years of Venus and Serena Williams, focusing on how they were raised by their father, played excellently by Will Smith. This is a solid B. What lets the film down is its length and that most of the conflict in the movie is caused by Will Smith’s character’s stubbornness.

Another F for the pile. That’s three this month. I’ll Be Home for Christmas is just bad. I remember seeing ads for this as a kid. I’m glad I didn’t see it then. Jonathan Taylor Thomas’ character is a terrible person. Due to that fact, the audience will have very little desire to see him succeed. Hilariously, Jessica Biel is the love interest. Glad she went on to better things.

Movie of the month (and the last movie I saw) goes to South Park: Post Covid. While it is only an hour long, it is denoted as a TV movie at the beginning of the special, so I’m counting it. In a rare turn for South Park, the special jumps forward forty years into the future. This means we get to see the gang as adults. Cartman’s adulthood is especially funny. It seems they will be continuing this plotline in a future special. A-.

And that’s everything I saw. I really wish I had seen more in theaters, but very little went wide, and I didn’t make a trek over to my local indie theater. As of this writing, I have seen Encanto. December, while having many releases before the end of the month, has no major wide release in its first weekend. That is disappointing.