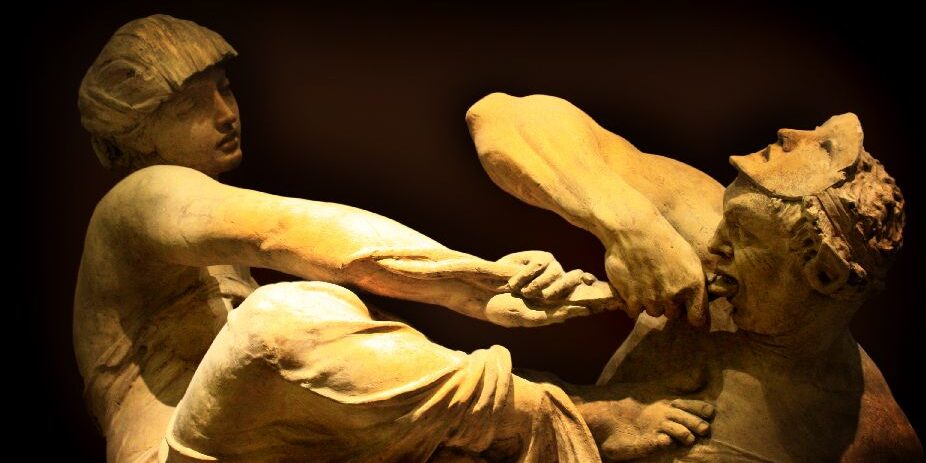 I have become deeply concerned for the next generation. I know that every older generation is concerned for the one that comes next, but I just finished watching a TikTok video by a young woman whose pronouns are “fay” and “fay’s” because she doesn’t identify as human, and I think my fears are justified this time around. It seems society, as a whole, is quickly becoming detached from reality, and I think more people need to be concerned about this. Not only are we being told that we must accept everyone’s personal “truth”, but we also must celebrate and affirm it. If a young person tells you their pronouns are “tree” and “tree’s” you, as the sane individual, must accept this and tell them how brave they are to embrace their new life as flora. I thought the term “the inmates are running the asylum” was just a turn of phrase, not a realistic suggestion.

“We hold these truths to be self-evident, that all men are created equal, that they are endowed, by their Creator, with certain unalienable Rights, that among these are Life, Liberty, and the pursuit of Happiness,” Declaration of Independence, US 1776.

Our nation began based on the premise that we are a people united in self-evident truth. As cheesy as it may sound, and this will sound cheesy, a nation is just a relationship on a larger scale. It is made up of people who, while they may not always agree, at least agree enough to be a united force. We were a nation founded on truths that everyone used to agree upon. If the very nature of reality is now up for debate, unity has become impossible to achieve. I know that sounds hyperbolic, but wars have been fought over less. What do you think ontological warfare is if not a disagreement over reality? Religion is one of the oldest reasons nations go to war, and it’s not like this is something we have overcome as modern humans.

“Religion,” you may ask, incredulously, “But living your truth or choosing your own pronouns isn’t about religion.”

If you are declaring that your reality is different from my reality, then this is most definitely about religion. Truth used to be something that was real. Truth was objective, observable. The reason a truth could be self-evident is because truth was something everyone could see. Truth was reality. If we start to water down the word “truth” communication becomes more difficult. If communication breaks down, understanding can never be reached. If we can never reach an understanding, how can we as a people find unity?

Great, so we are losing touch with reality as a nation, and this could very well lead to war. What do we do with that? Truth, objective reality, isn’t being directly taught in schools. The closest kids get to learning about truth is being taught facts, but even those seem to be ever changing in school curriculum. When there are those pushing for 2+2=5, you begin to start wondering if even facts are being taught anymore.

A friend of mine asked her daughter, who is in grade school, what truth was. Her daughter replied, “Truth isn’t a lie.” My friend then asked her what a lie is, and her daughter replied, “What isn’t truth.” Technically she’s absolutely correct, but this circular definition will do nothing to help her when confronted with people telling her “their” truth. As a parent, I am taking the teaching of reality into my own hands.

My son is a toddler, so we are not philosophizing over the nature of existence just yet. Baby steps. Right now, I’m teaching him the difference between real and fake using his play food and real food. We will have picnics in his playroom where we place both play food and real food on the blanket. I’ll ask him if he can eat the cloth grapes, and he will laugh and pretend. Then I’ll ask, but which are the real grapes? He will point and eat a grape, and we will continue with such questioning as we play and eat our lunch. I’m trying to build a foundation of truth vs lies, of real vs fake. In the future I hope to continue this pattern, maybe talking after we’ve watched a movie about what was truth and what wasn’t. I want to build logical thinking and reasoning in my son, to reinforce him against all the lies and false reality that will be tossed at him once he’s out in the world.

For many years I taught a class I lovingly referred to as my “adulting class”. It was labeled “Introduction to College” and in that class I taught new students basic life skills. It was under the guise of skills you need to be successful in college, but really it was just life skills. I taught creating a basic budget based on your income, how to schedule your time, how to write a professional email, and most importantly how to set realistic goals. Realistic, a word linked to reality, to truth. Many students have no idea how to base their life goals on reality. Most of my students had no clue that even with a degree they would have to start in an entry level job making entry level pay. Most of their goals resembled South Park’s underwear gnomes:
Step 1: Go to College
Step 2: ???
Step 3: Profit

If you raise your child on nothing but Disney’s wish upon a star and participation trophies, you are going to produce a college student who is convinced they can open a recording studio right out of college and start making millions tomorrow. I kid you not, that was a goal I read, and it wasn’t one of the more far-fetched ones.

If we want to build strong kids, a stronger generation to come, we need to teach them how to deal with reality. How to face it. We joke about safe spaces and snowflakes, but these exist because someone’s parents never taught them how to face reality. Sometimes you can’t be anything you want to be. Success isn’t just based on talent, but work. A grown man pretending to be a cat really isn’t going to be a successful adult. You may not identify with other humans, but the reality is you are a human and you have to learn how to survive in human society.

We must make truth self-evident again. We can’t just sit back and allow reality to become debatable. We all know the Lincoln quote on how a house divided cannot stand; what is more divisive than disagreeing on reality? Bizarre personal pronouns and living your truths seem harmless, but it has reached an extent to where people are fraying important definitions, muddling communication, and creating divisions that can become so wide we won’t be able to cross them. It’s time to teach our children how to face reality, and that truth is still objective, whether you like it or not.

Becca was born and raised in the Midwest, the ope is strong with this one. She studied English literature and linguistics in grad school; she taught for ten years until she gave it all up to become the ever tired servant to a tiny tyrant. Most of Becca's writing these days consists of sharing her thoughts and Bible studies on her blog as well as very random content on Twitter under @LadyDemosthenes. Given enough sleep and time Becca hopes to put together a children's book about Knowles VanderBeak, her son's stuffed owl.