Yes, Democrats Do Have to Be Perfect 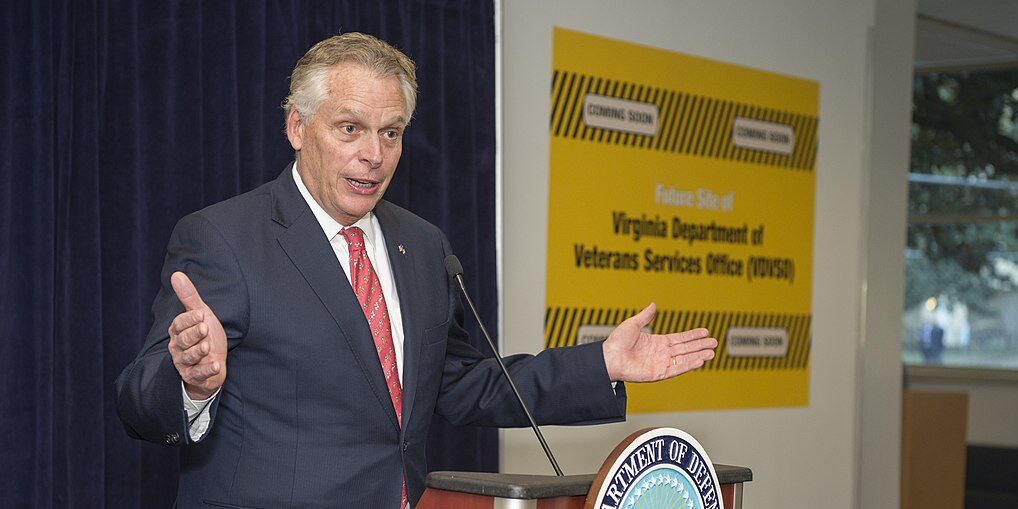 Two weeks ago, Democrats lost the Virginia gubernatorial race. This magnified off-year election set off waves of analysis and recriminations regarding the current state of the party and its fortunes in 2022. Liberals discussed the worrying effects of President Biden’s stalled agenda and the potential for a Republican Party distancing itself from former president Trump. Centrists lambasted the left for moving too fast, both on economic redistribution and social issues such as the dreaded critical race theory.

But there was one contributor to Glenn Youngkin’s victorious campaign that all sides could agree on. Terry McAuliffe’s gaffe about parents choosing what is taught in their schools was seen as a deciding factor in the race. Pundits viewed the moment as one which turned the race from a fight on COVID-19 and President Trump to one about keeping schools open and keeping harmful materials from students. While everyone agreed that the gaffe played a role, there was obvious disagreement on whether its importance was fair or not. Glenn Youngkin had openly or tacitly supported banning books, stopping Medicaid expansion, and a former president who once advocated injecting bleach to fight the spread of a deadly disease. In the face of all that, why does it matter if McAuliffe said something silly about parents and schools?

There is no equality between the Democratic and Republican situations. Democrats are right to perceive that their side is held to a much higher standard than the Republican side. Each mistake or gaffe that a Democrat commits is turned into the end of the republic. Joe Biden has not received the glowing reviews that his predecessor did for accomplishing the most minimal basic steps of governance. There was no moment when “Joe Biden became president.” His infrastructure bill is criticized for not being perfect while Trump never even formulated an infrastructure bill. Minor Democratic flubs become front-page headlines when Trump’s exhortation to Americans to inject themselves with bleach fell out of the headlines in a matter of days.

This situation is certainly frustrating to Democrats and liberals online. A significant portion of internet discourse is comparing the standards that the national media and society hold to both parties. The comparisons are endless. Trump’s call for Americans to riot to keep him in office was viewed the same way as Stacey Abrams giving a handful of speeches saying she would not concede to a gubernatorial race. Ilhan Omar’s comments about Israel were viewed much more harshly than Trump’s frequent comments about Jews being good with money. Katie Porter’s questionable relationship with an aide was seen as exactly the same as countless Republicans committing sexual assault and harassment. The allegations against Al Franken and Andrew Cuomo doomed their political careers, while nearly every major Republican legislator supported Trump even after more than 20 credible allegations and an on-tape confession. It seems to Democrats as if the media, Congress, and society itself is stacked against them, and they cannot get ahead without being perfect.

This analysis is correct. Democrats really can’t get ahead without being as close to perfect as possible. The Democratic Party is currently in the position of fighting back against entrenched power. That entrenched power has billions and billions of dollars they can use to argue their worldview. They have astroturf organizations, legitimate political committees, media organizations, and large employers that they own and bend to their will. While Democrats may outraise Republicans in some elections, Republicans have entrenched money, political operatives, and decades of experience shaping political arguments. An anti-Democratic story simply moves further than one critical of Republicans.

In some ways, this situation is a new one. The Republican implosion of the 1930s led to a wholesale Democratic capturing of the levers of government for a generation. With this near-total power, Democrats worked to build a new social power base in the form of unions. As Laurence Goodwyn once argued, it was not until the 1930s that unions found out the best tactics to strike and were able to then use those strikes to help obtain governmental support. That power base allowed Democrats to combat the power of the wealthy through lobbying, political campaign spending, and public endorsements. Unions worked together with regulations, ethical standards in journalism, and technological limitations to level the playing field between liberals and conservatives in a way never seen before or since.

But the Democratic plight is also timeless. There is always a societal bias against those who challenge the status quo and the group in power. Reform, revolution, and social change threaten the fortunes and status of society’s most powerful people. In earlier periods, those who fought against the status quo were often executed. If not, they suffered indignation, blackmail, torture, or assassination from partisans of those in power. The tradition was so established that many of history’s greatest reformers took great pains to protect themselves from the fate of earlier reformers. Martin Luther secured protection from Frederick III on his way to the Diet of Worms so he could avoid the fate of Jan Hus a century prior. Leon Trotsky hid himself away in Mexico to escape the clutches of the Soviets (who eventually found him anyway). In more recent times, Democrats have jettisoned candidates with any hint of controversy in the hopes that they could downplay the potential impact of gaffes and embarrassing personal drama, both of which they knew would be amplified by talk radio and conservative media. This tendency led to the selection of Joe Biden and his nearly flawless 2020 campaign, but it also did nothing to help made-up stories surrounding Al Gore and John Kerry.

It is impossible to be perfect in the political realm. Candidates are human beings who release thousands of words to the public in one form or another during the course of a campaign. There will always be a gaffe here or a word taken out of context there. The important part is for Democrats to realize this disparity and to prioritize careful statements and authentic candidates whenever possible. Double standards are a fact of political life. Democrats must learn how to navigate them if they hope to avoid McAuliffe’s fate in the near future.