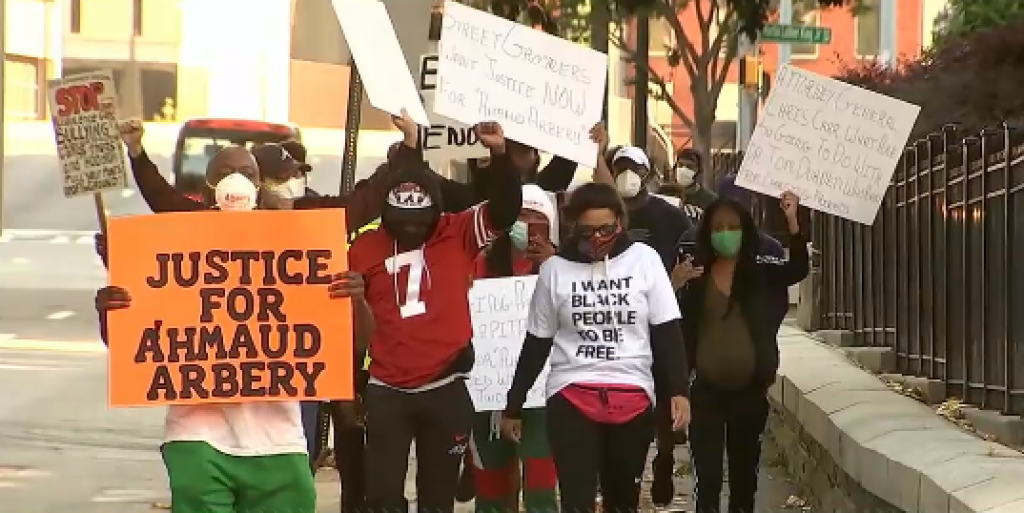 The Ahmaud Arbery trial verdicts are in: Travis and Gregory McMichael found guilty,and Roddie Bryan found guilty of all but the malicious murder charge.

Jurors found Travis McMichael guilty of murder Wednesday for chasing and fatally shooting Ahmaud, a 25-year-old Black man, as he jogged last year through a neighborhood in Glynn County, Georgia.

McMichael now faces a maximum sentence of life in prison without the possibility of parole.

Gregory McMichael, one of three men, accused of killing 25-year-old Ahmaud Arbery, has been found guilty of felony murder.

McMichael now faces a maximum sentence of life in prison without the possibility of parole.

Bryan now faces a maximum sentence of life in prison without the possibility of parole.

Jurors convicted him of felony murder but acquitted him of the malice murder charge.

I stand by what I wrote about this case during the preliminary hearings:

I don’t use this word lightly–pretty sure I’ve never had to use it in writing before–but let’s call this by the name that it is:

This was a lynching.

You can watch the testimony quoted above here at the 3:19:00 mark, how this was not only not self- defense by the McMichaels, but was self-defense by Arbery after being hunted down.

Give the McMichaels, Bryant, and whoever else is involved the fair trial they are entitled to. But may they get justice, swiftly, for what they did to Ahmaud Arbery: denying him the basic rights of not being hunted down, struck by a truck, shot in the chest, and then killed when he had the gall to try and defend himself. They killed him because, in the words of Bryant, they “felt Arbery was trying to escape.” They murdered a black man for not doing what they told him to do, because they assumed he had done something wrong, then stood over his body uttering slurs while Arbery left this life in a pool of his own blood, all because of the McMichaels’ feelings, assumptions, and prejudices.

That’s a lynching. No other word for it.

There is a lot of wicked in the authorities in Brunswick who tried to sweep all this under the rug, excuse it, and justify it. Every single one of them should be brought up on charges as well. The McMichaels and Bryant will stand trial first, but it shouldn’t end there.

To hell with all of them. But since that isn’t in our purview to designate as punishment, because unlike the McMichaels we realize we are not God, we are left to trust the justice system to make this right.

Not sure there is such a thing in this case.

God have mercy on us all for that.