Remember the Scholastic Book Fairs? Looking back, I now realize that they were a grift but, man, at the time? They were a great way to advertise children’s books to kids who, let’s face it, mostly got their book information by walking through the kids’ section at Waldenbooks when their parents went to the mall.

The books I remember most were the the puzzle books and maze books and the Encyclopedia Brown kinda books where they’d give you a fair play mystery and ask you to solve it (before they gave you the solution at the back of the book).

The maze books were, like, a proto Where’s Waldo where you had to put your finger on the page and trace your way through a really convoluted drawing where there were several non-obvious dead ends and only one “true” path to the “end” of the maze and, turn the page, and you’d get the next part of the story and another maze. These books got passed hand-to-hand around the classroom. I’m googling and trying to find the ones that I read with my fellow third graders but I keep getting hung up on stuff like “I’m pretty sure that it was this one!” but it came out in 2007 or 1993 or 2011.

One of the ones that I was absolutely certain that I remembered doing as a kid was Pierre the Maze Detective. But that came out in 2014!

Well, I can’t find the book I remember but! There is a video game based on Pierre the Maze Detective and it plays like the book that I remember from oh so long ago.

Start at one part of the map and, instead of using your finger, you actually walk Pierre around: 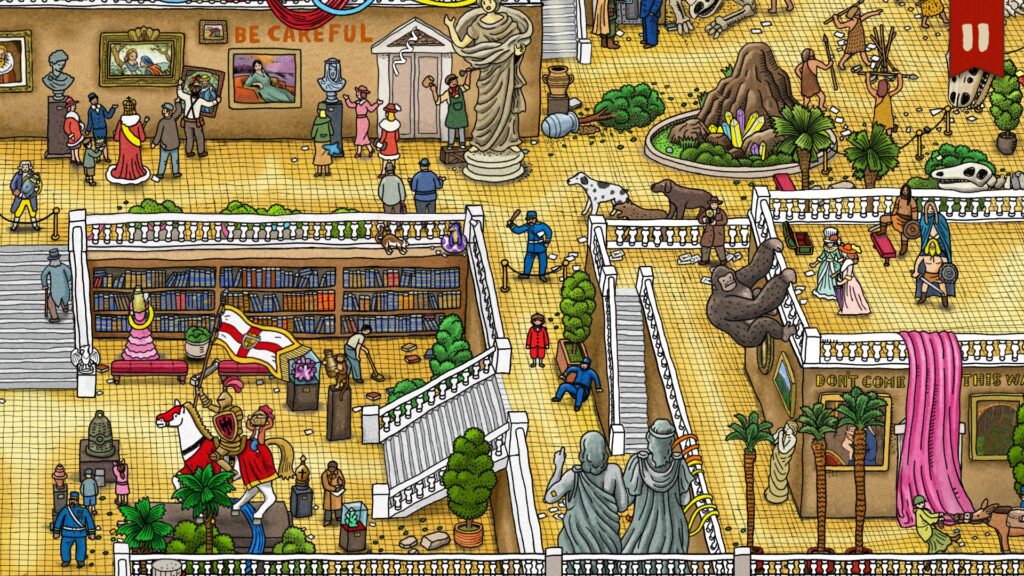 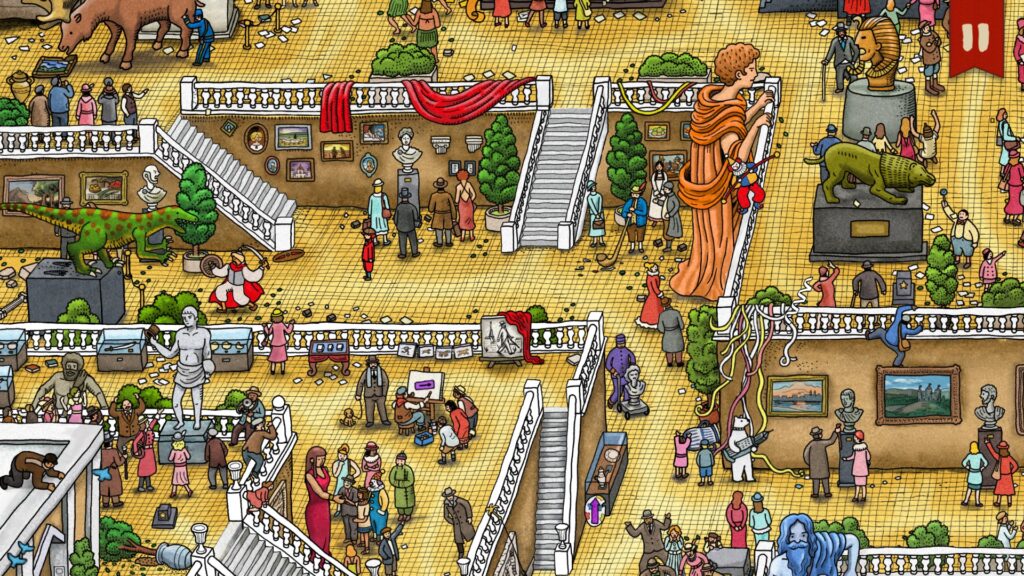 There are a bunch of little things to interact with… like you can click on the guy blowing the alpenhorn or one of the vases as you pass by and you’ll get a cute little animation as a reward. Additionally, some of the dead ends you can go down have treasure chests at the end of them so you won’t feel like you wasted your time going down there (or you’ll deliberately want to find the dead ends first).

If I have a criticism, it’s that the game doesn’t show you the whole map until you’ve beaten it. So you can’t pull out and look at the whole like like you could with the book. But that’s kind of a small thing, really.

It’s a surprisingly relaxing game and it will remind you of the maze books you got as a kid to the point where you’ll swear that it’s based on a book that came out in the 80’s, rather than merely a few short years ago. 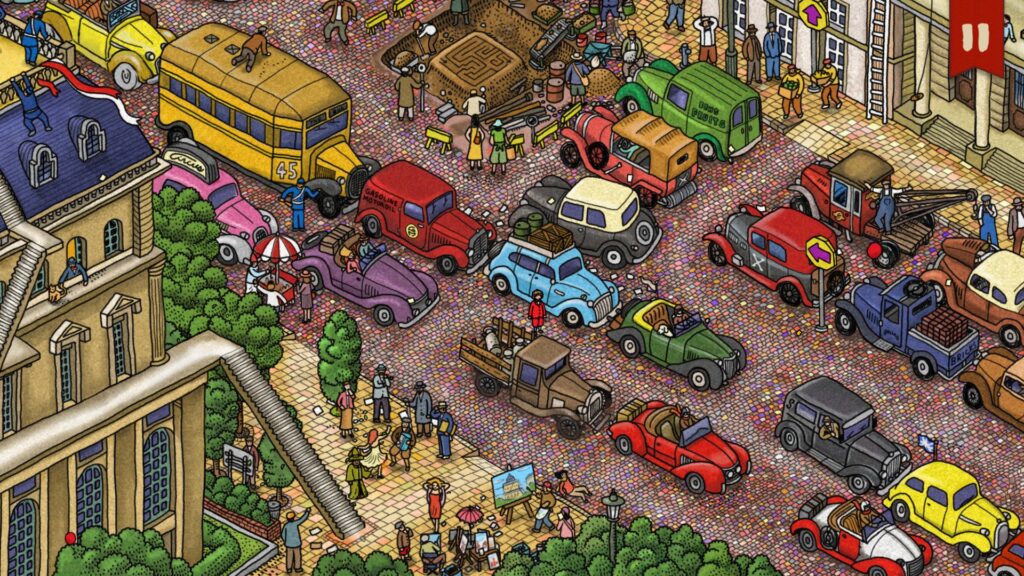 (Featured image is the menu screen from Pierre the Maze Detective. Screenshot taken by the author.)